LABADIE: The devotional practice of the Advent wreath

By Chris Labadie, Office of Worship 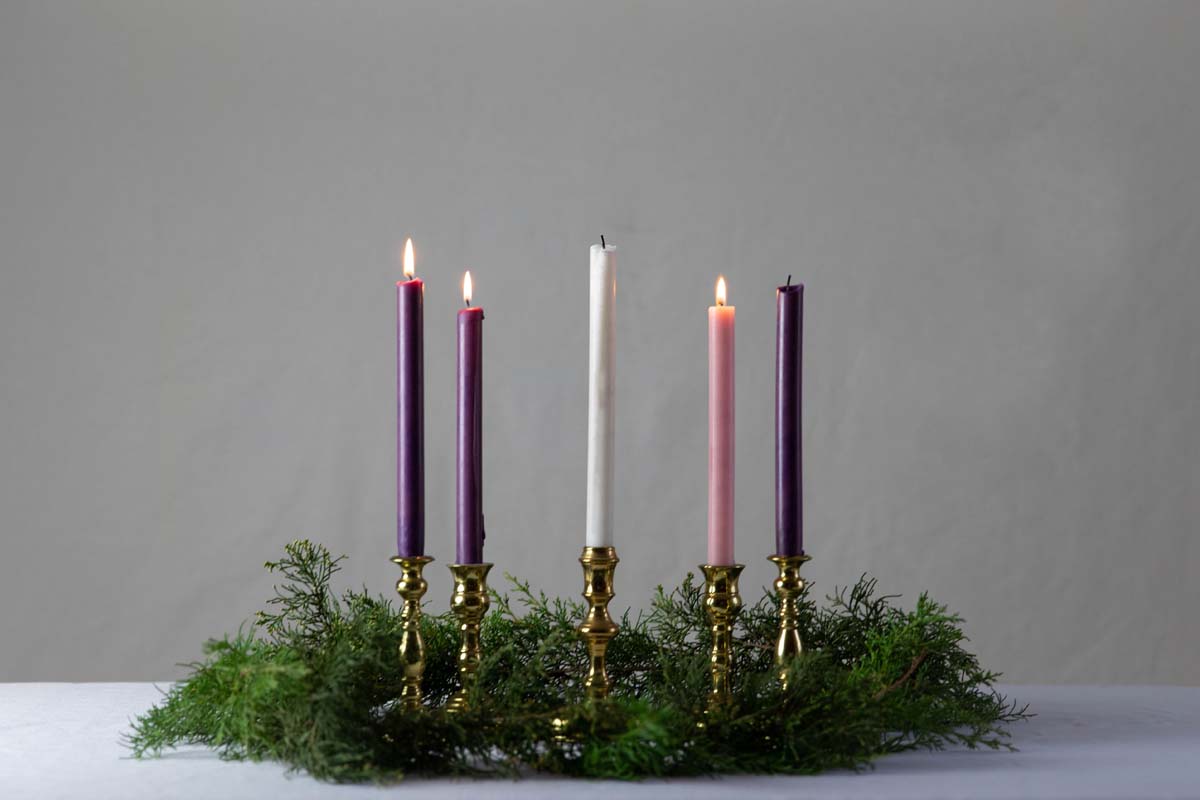 Recently I was leading a workshop for liturgical ministers, and a question came up about the correct way to arrange the Advent wreath in the church.

I am always intrigued by this question because, in some ways, the answer is that there is no correct way. The use of a wreath at Mass during the season of Advent is an extra-liturgical (that is, something not found in the official liturgical rites) devotional practice that has become an integral part of many parish Advent celebrations.

The Advent wreath is a relatively modern invention, having first appeared in a rudimentary form in the 16th century but becoming popular among German Lutherans in the 19th century. By the early 20th century, the devotion began to spread amongst German Catholics and eventually made its way to the United States via German immigrants.

In its simplest form, the Advent wreath is a circlet of evergreen boughs with four candles; usually three violet and one rose. As the popularity of the devotion grew, so did the number of variations on the composition of the wreath. In some homes, you will find the traditional four candles joined by a white “Christmas candle” to be lit on Christmas Eve. Others might have all-white candles, and still, others will augment the evergreen boughs with other items that have symbolic meaning for their family.

The Directory on Popular Piety and the Liturgy recognizes the importance of this practice, “especially in the Germanic countries and in North America.” It then gives a meaning behind the practice, that the wreath “with the progressive lighting of its four candles, Sunday after Sunday, until the Solemnity of Christmas, is a recollection of the various stages of salvation history prior to Christ’s coming and a symbol of the prophetic light gradually illuminating the long night prior to the rising of the Sun of justice.” Eventually, this practice began to appear in churches as a way for the parish to ritualize the passing of the four weeks of Advent. The Advent wreath is ritualized in our liturgical rites through the Book of Blessings, which gives us an Order for the Blessing of an Advent Wreath.

According to the instructions for the blessing, a wreath in a church “should be of sufficient size to be visible to the congregation… may be suspended from the ceiling or placed on a stand [and]… it should not interfere with the celebration of the Liturgy, nor should it obscure the altar, lectern or chair.”

The blessing (if done within Mass) takes place following the Universal Prayer, at which time the first candle is lit. The instructions tell us that the ritual is not repeated for the subsequent Sundays and that “the candles are lighted either before Mass begins or immediately before the opening prayer; no additional rites or prayers are used.”

The subsequent instructions indicate that “when the Advent Wreath is used in the home, the opening prayer of the Sunday Mass is recited when the candles are lighted… may be preceded or followed by an Advent hymn and a Scripture reading.” To me, this says that, while recognizing the importance of the Advent wreath, the Church places more emphasis on the devotional role that it can take in a family’s Advent journey.

I invite all families to consider celebrating this holy season by blessing an Advent wreath in your home and lighting it each week with a prayer, hymn, or reading from Scripture.

For a version of the blessing that can be used at home, visit www.archgh.org/advent. †

Chris Labadie is the director of the Office of Worship.