By Chris Labadie, Office of Worship 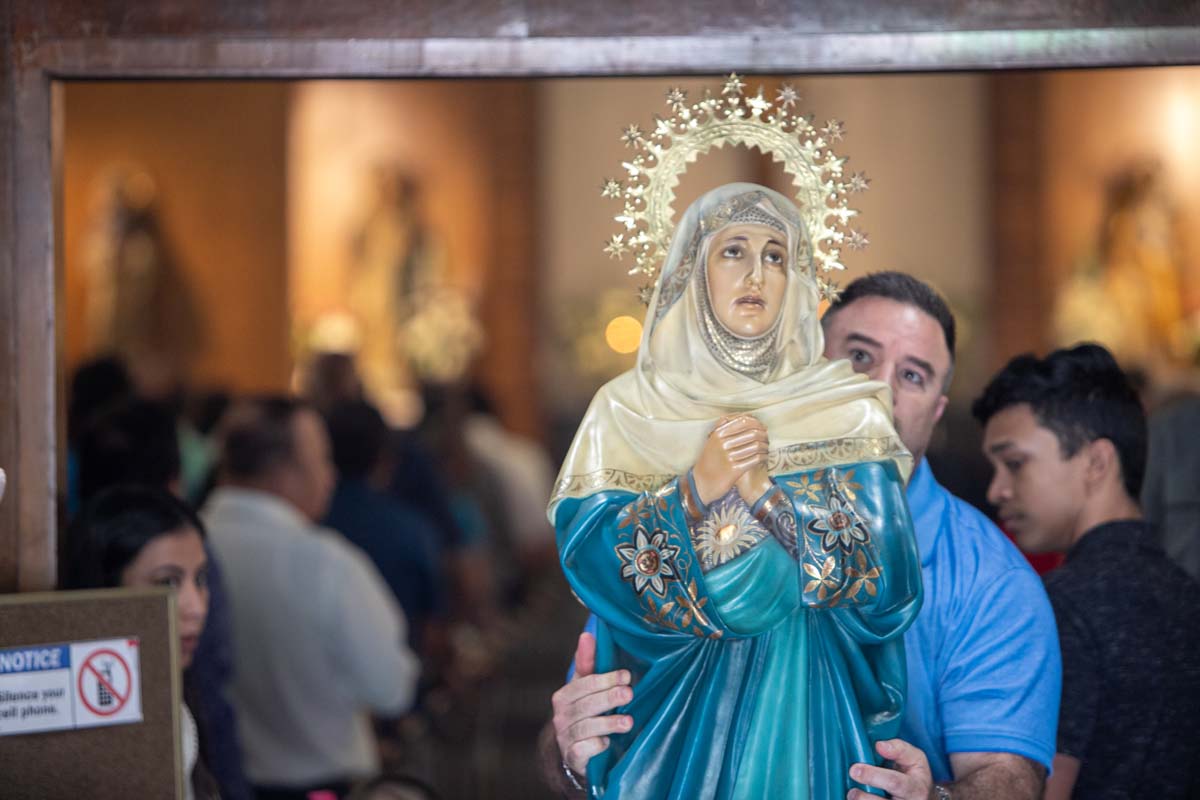 The first is the Nativity of John the Baptist, which we celebrate in June. The second is celebrated on Sept. 8 — the Nativity of the Blessed Virgin Mary. These three births are commemorated in a special way because of the important role that each plays in salvation history.

The birth of the Blessed Virgin, according to St. Peter Damian, “is the beginning of salvation, the origin of every feast, for behold, the Mother of the Bridegroom is born.” Mary’s humble birth is a moment of hope because it puts into motion the journey toward Christ’s own birth, and eventually, His passion, death and resurrection.

The liturgical celebration of the birth of Mary began at least as early as the seventh century in Rome and perhaps as early as the fifth century in Jerusalem. That makes it one of the most ancient Marian feast days on our calendar! In Rome, the feast was commemorated with processions to the Basilica of St. Mary Major, culminating in a Mass celebrated by the Pope. Beginning in the 13th century, the Nativity of Mary was given an octave, a full eight-day period where the celebration of the feast is continued. This indicated the importance that it held in the liturgical calendar since octaves are such a rare part of our liturgical life. This celebration of the octave of the Nativity continued until the middle of the 20th century.

Another Marian feast is celebrated at the end of this octave — the Feast of Our Lady of Sorrows. In our current calendar, it is celebrated on Sept. 15, which marks the end of the unofficial Marian octave. This feast commemorates a title of Mary, which reflects the words of Simeon during the presentation of Jesus in the Temple, “and you yourself a sword will pierce so that the thoughts of many hearts may be revealed.”

The devotion to the heart of Mary, pierced by the seven swords, is an ancient monastic devotion that calls us to meditate on the moments in Mary’s life when she was struck by deep sorrow. These seven sorrows are Simeon’s prophecy, the flight into Egypt, the loss of the child Jesus in the Temple, Mary meeting Jesus on the way to Calvary, the Crucifixion, Mary receiving the body of Jesus, and the burial of Jesus.

The closeness of these two feasts on the liturgical calendar helps us to understand that the Blessed Virgin’s entire life is a sign pointing us toward her Son and the cross. In moments of doubt or pain, the sorrows of our own lives, we are called to remember the hope that was born with the Blessed Virgin — the hope that our salvation is quick at hand and that the Lord will never leave us. Our Lady of Sorrows, pray for us!

Chris Labadie is the director of the Office of Worship.