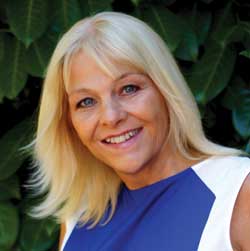 HOUSTON — Donna Beegle grew up in poverty with her family subsisting on migrant labor work and temporary minimum-wage jobs. She exemplified the majority of Americans on food stamps — white women with children.

Now she has her doctorate in educational leadership, trying to educate a public who mistakenly believe the misconception that blacks and Hispanics are those mostly on welfare.

Government statistics show that Medicaid had more than 70 million beneficiaries in 2016, of whom 43% were white, 18% black and 30% Hispanic.

“Poverty is not race-based. Many of those living in poverty in the United States are children,” Beegle said.

Originally from Arizona, Beegle and her five brothers were raised mostly by her mother and grandmother who picked cotton, cherries and apples in California, Oregon, Washington state and wherever there was work.

Beegle will be a keynote speaker at the kNOw Poverty Summit sponsored by Catholic Charities and other nonprofit organizations scheduled for Jan. 16 from 8:30 a.m. to 3 p.m. at the University of St. Thomas in the Scanlan Room, located at 3800 Montrose.

Marrying at 15, dropping out of school to work, surviving six miscarriages and delivering two children, Beegle was divorced by 26 and about to have her electricity turned off. She and her children were receiving a total of $408 in monthly welfare monthly, but her rent was $395.

She was able to find assistance at a Portland community action agency in Oregon that helped her with the electric bill and referred her to a pilot program to educate women in poverty.

With mentorship support from the program, she was able to work for her GED in 1986, received a bachelor’s degree at Portland State University, a master’s and finally her doctorate 10 years later.

She and Portland State University communications professor at the time, Dr. Robert Fulford, founded Communication Across Barriers. Continuing as its current president, Beegle said the program now helps to educate doctors, lawyers, teachers and other professionals across the country on unexamined social biases of poverty and shattering stereotypes.

“It’s the worse thing to be pitied or judged. We need to remove the shame, rebuild the hope, reduce the isolation, learn to navigate the network and connect to the community,” Beegle said. “I’m bilingual — I speak middle-class English without the ain’t.”

While most families worry about providing for their children, imagine the stress, she said, of “children in poverty trying to arrive at school on time, of having the right clothing and shoes, lunch and materials for homework projects.”

Many of them also lack role models who are educated and also lack trust in authority figures. The U.S. has the highest childhood poverty rate among developed nations.

A UNICEF report ranked 41 of the world’s wealthiest countries on how well prepared they are to meet the United Nations’ Sustainable Development Goals most relevant to child well-being.

Many of the countries studied with higher incomes have failed to improve the lives of all children. This was notably the case in the United States and United Kingdom, where one in five children faces food insecurity. In comparatively poorer Mexico and Turkey, this figure rises to one in three.

“Right before Martin Luther King Jr. was assassinated more than 50 years ago, he was organizing the Poor People’s Campaign to march on Washington, regardless of race. The War on Poverty was being defunded to support the Vietnam War, but he was asking for economic justice for poor people,” Beegle said.

A current federal Survey of Consumer Finances continues to illustrate the disparity. The wealthiest one percent of American households own at least 40% of the country’s wealth, according to economist Edward N. Wolff. That share is higher than it has been at any point since at least 1962, according to Wolff’s data, which comes from the federal survey.