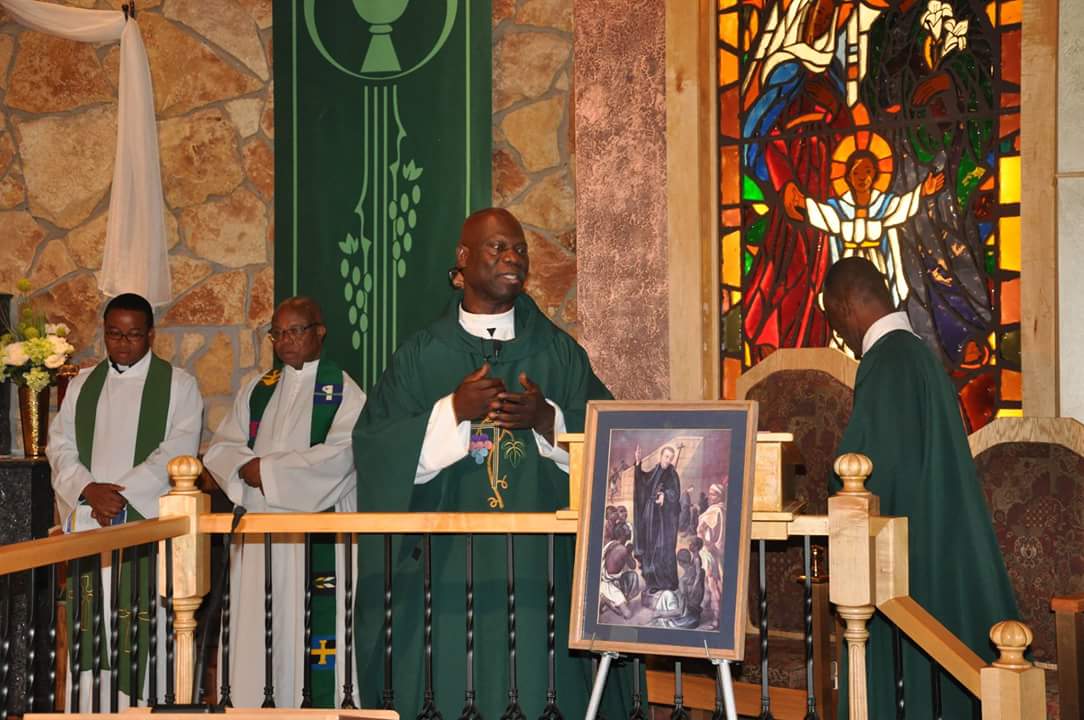 HOUSTON — The leader of the Knights of Peter Claver pledged to put words into action during his second term in office, having identified five social justice issues on which to focus.

“We feel those affect the African-American community at disproportionate rates,” Ellis said. “They are very emotional issues.”

Ellis, who was re-elected to a second two-year term at the group’s national convention in August, said he will use his second term to mobilize the hundreds of branches across the country to partner with groups in their community, support local causes and raise awareness about these issues. “We really want to do something, and we want it to be actionable,” he said.

As a member of a committee on racism with the United States Conference of Catholic Bishops, Ellis is parlaying what he has learned to put structures into place to address racism. This year’s national convention, held in Anaheim, California, addressed human trafficking and featured a number of speakers on the subject.

As well as laying the groundwork to tackle the social justice issues, Ellis said they are working to raise the profile of the organization locally and nationally to become a “world class organization.” He said they are looking at revenue streams — such as a line of products — other than dues, ways to increase membership, and they want to create standards for service.

Since taking over leadership of the organization in 2016, Ellis, an accountant for the U.S. Treasury Department in Houston, has worked to bring financial stability to the organization. He said it has meant cutbacks in travel and belt-tightening overall.

“We had some years when we were not profitable,” said Ellis, who belongs to the council at St. Mary of the Purification Catholic Church in Third Ward. “We wanted to make sure we were financially stable.”

Founded in 1909 in Mobile, Alabama, by four priests of St. Joseph’s Society of the Sacred Heart, the Knights of Peter Claver was created to offer African-American men a venue to practice the Catholic religion. The organization, now headquartered in New Orleans, flourished over the decades with branches springing up across the country and the creation of a Ladies Auxiliary and junior divisions.

Their mission — to serve God and the Church, help the poor, sick and disabled and promote fellowship among members.

Today, there are some 17,000 members in hundreds of branches across the country and one in San Andres, Colombia. Within the Archdiocese of Galveston-Houston, the Knights of Peter Claver counts 1,875 members in 16 branches.

It was the idea of belonging to a Catholic organization as a family and sharing their faith that appealed to Eva Volter, a member of the Ladies Auxiliary at St. Martin de Porres Catholic Church in Barrett Station. Volter was also in the junior division, as were her now grown children.

“The fact that our time was devoted to God and the doctrines of the Church, and we had fellowship with other Catholics from different parts of the country — what you are doing is forming a family that is worldwide,” Volter said.

For Reginald C. Auzenne, the Knights of Peter Claver gave him an opportunity to help his community and continue a family tradition. Auzenne, who is the the Supreme Captain of the Meritorious Fourth Degree Division and an accountant for the Archdiocese, belongs to the council connected to Queen of Peace Catholic Church in La Marque.

“I wanted to follow in the footsteps of my father and my grandfather in their service to the Church,” said Auzenne, adding that his wife and daughter also are involved in Knights of Peter Claver.

Some 150 members of local branches of the Knights of Peter Claver gathered Sept. 9 at St. Francis Xavier Catholic Church to celebrate Founder’s Day of their patron saint St. Peter Claver, a Spanish Jesuit priest who ministered to African slaves in Cartagena, Colombia in the 17th century.

Father Michael Saah-Buckman conducted the annual Mass. James K. Ellis, who was recently reelected for a second two-year term as Supreme Knight of the organization, attended the Mass. There are 16 branches of the predominantly African-American Catholic lay organization in the Archdiocese of Galveston-Houston.

Councils, for men, and courts, for women, generally meet on a monthly basis to plan and organize service projects and get-togethers. There are also junior divisions for youth ages 7 to 18. For more information, visit www.kofpc.org.