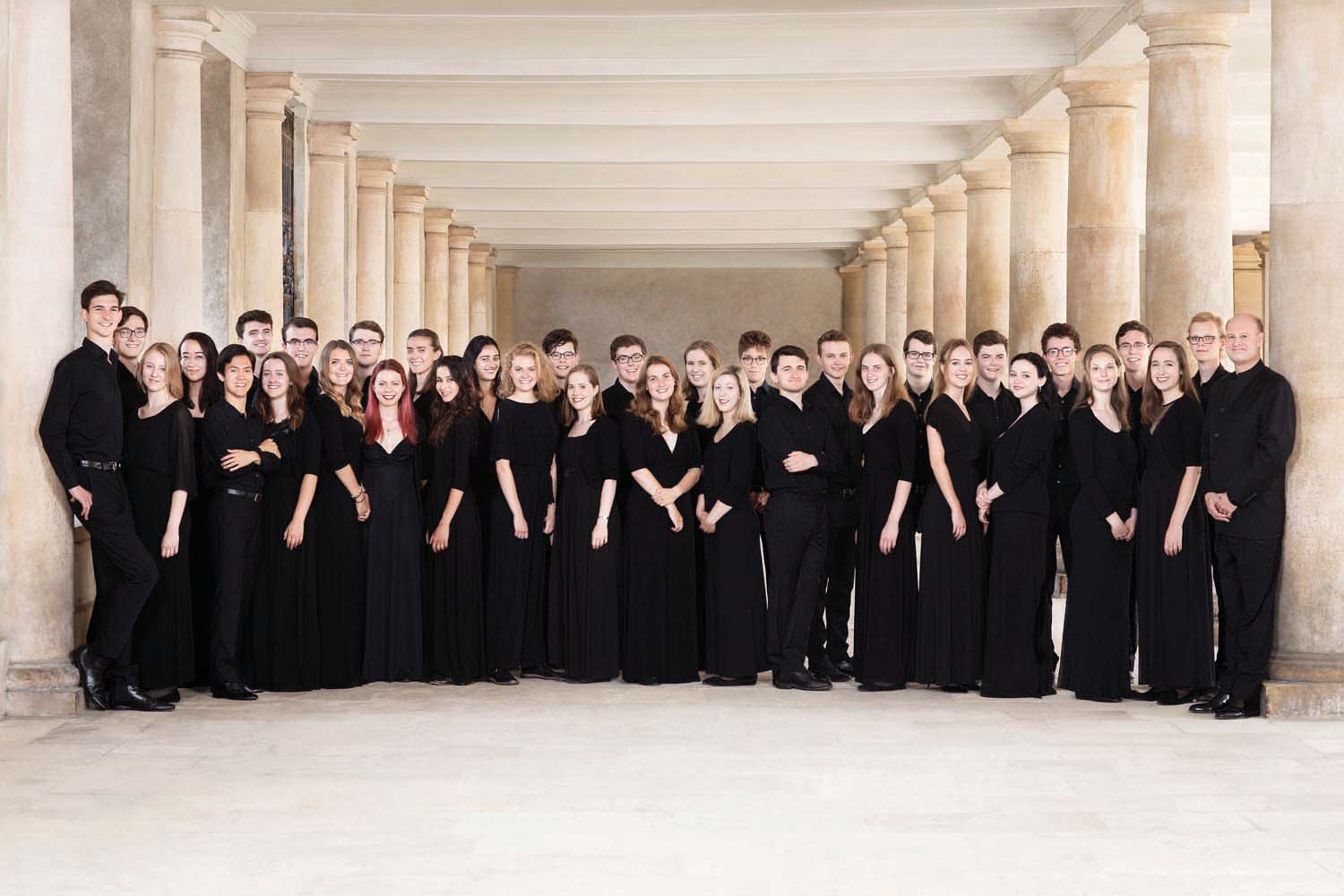 The Choir of Trinity College Cambridge will visit St. Martha Catholic Church in Kingwood on Sept. 24 for a concert. Tickets begin at $10 and can be purchased at the St. Martha parish office or online at www.stmartha.com/music. (Photo by Benjamin Ealovega)

KINGWOOD — St. Martha Catholic Church in Kingwood hosts The Choir of Trinity College Cambridge in concert on Sept. 24 at 7:30 p.m., under the choir’s director, Stephen Layton.

Hailing from the U.K., The Choir of Trinity College Cambridge has roots in a long tradition, dating back as early as the 1300s. Today the choir is widely regarded as one of the finest choirs in existence, organizers said. Although the choir tours internationally, its principal focus is sung liturgy, drawing from both Catholic and Protestant musical traditions which feed and sustain the Trinity College Chapel in its regular worship services.

The current choir’s director of music, Stephen Layton, has been with the organization since 2006, continuing a long and distinguished line of directors who have led the choir. Organizers said Layton is one of the most sought-after conductors today and regularly works with the world’s top choirs, orchestras, and composers.

This upcoming concert, held in the Kingwood church located at 4301 Woodridge Parkway in Porter, came about as a recommendation (and dream) of Daniel Knaggs, former director of music at St. Martha.

“I have been blown away by the incredible sound and musicianship of the Choir of Trinity College Cambridge,” said Knaggs. “I was thrilled to be able to share this gift with our parish and local community.”

The Choir of Trinity College first performed one of Knaggs’ compositions (called Hic est discipulus ille) in 2011, as a result of his winning first prize in the International Musica Sacra Composer Competition of which Stephen Layton is a judge. Since then, the Choir of Trinity College has performed a number of Knaggs’ compositions, and at this upcoming concert they will give a premiere performance of a brand new composition he has written for them.

For the concert, Knaggs will travel from The College of Wooster, Ohio, where he now holds a professorship in Music Composition and Theory.

The evening will showcase sacred music from the U.K., U.S., and the Baltic States, including works by Byrd, Tallis, Ešenvalds, Pärt, Howells, Lauridsen, Tavener, and others.

The September 24 concert is the second concert of its type at St. Martha’s. In April 2018, the Choir of Royal Holloway (University of London, UK) performed to a very large and enthusiastic audience at St. Martha’s.

“After the overwhelming success of the Royal Holloway concert, many attendees expressed their hope that we continuing hosting events like this,” said Knaggs. The upcoming concert promises to be another unforgettable evening with excellent music performed beautifully, and in a setting with naturally beautiful acoustics.

“This is one of the greatest choirs in the world,” explained Knaggs. “Many people from our local community have not had the chance to visit them in their Chapel in Cambridge, England. It is very special that this choir is willing to bring the gift of their music right to our doorstep.”

All are invited to attend the concert in the church, located at 4301 Woodridge Parkway, Porter. Tickets are $20 for general admission and $10 for students/seniors of 65-plus. Tickets are available online at www.stmartha.com/music or at the St. Martha parish office.