JONES: How St. Joseph leads us to Jesus

By Deborah Jones, Office of Evangelization and Catechesis 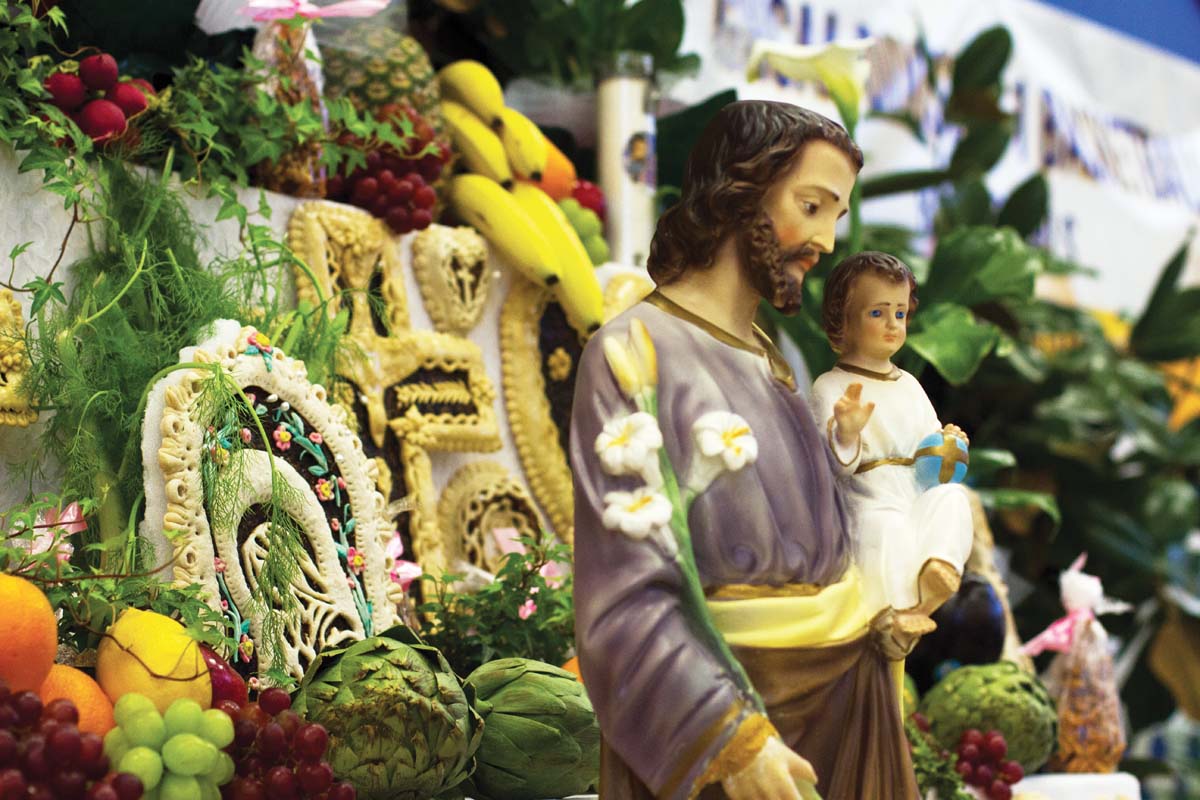 On Dec. 8, 2020, in his apostolic letter, Patris corde (With a Father’s Heart), Pope Francis celebrated the 150th anniversary of the declaration of St. Joseph as patron of the Universal Church by announcing this coming year as the Year of St. Joseph.

St. Joseph is not only the patron of the Universal Church, but he has also been declared the patron saint of unborn children, fathers, workers, travelers, immigrants and a happy death. With so little written in Scripture about St. Joseph, what do we actually know about him, and how can this popular saint lead us to Jesus?

I always wondered what it must have been like for him to stand in the shadows of both Jesus and Mary. St. Joseph cared for and raised Jesus, knowing that he was not his biological father. In faith, he was entrusted to fulfill his role as step-parent for the Son of God. By doing so, St. Joseph teaches all fathers and step-fathers how to serve the Lord by parenting with humility, by not seeking self-glory, and by selflessly caring for his children.

As Pope Francis says: “A man does not become a father simply by bringing a child into the world, but by taking up the responsibility to care for that child.”

We learn in Scripture that Jesus was the Son of a carpenter. As a carpenter, St. Joseph was a tradesman, a working man. We can assume that he must have not only taught Jesus the skills of carpentry, but also how to deal fairly and honestly with those he sold his wares.

Another assumption is that Joseph did not make a great deal of money since the offering he and Mary brought when they presented Jesus at the temple was that of turtle doves. This was an offering of those with modest incomes. St. Joseph leads all of us by his example of working honestly for a living and giving back from what he has earned.

Evidence of St. Joseph’s kindness and compassion is also found in Scripture. When he discovered Mary was pregnant with a child who was not his, he could have had Mary stoned as was the custom. Instead, he agreed to quietly divorce her so that she would not be exposed. Of course, that was before he was visited by an angel who instructed him to take Mary as his wife. By his kindness, St. Joseph models for us how not to be judgmental, but rather to be compassionate and merciful, qualities Jesus spoke of many times during His ministry.

Scripture again tells us that St. Joseph was a strong and courageous man. After Jesus’ birth, he was told by an angel in a dream to flee and go to Egypt. How brave he had to be to leave the land he knew, leave his way of life, and travel to a foreign land.

St. Joseph leads us to Christ by showing us that it sometimes takes great courage to follow Jesus’ teachings, especially when it means we need to leave the familiar or do something that is counter-culture.

Without a doubt, St. Joseph was a faithful follower of God and observed Jewish traditions and law. First of all, it is with great faith that he took Mary as his wife after an angel revealed to him that Jesus was conceived by the Holy Spirit. Observant of Jewish laws, he brought Mary and Jesus to the temple to complete Mary’s ritual purification after childbirth and to perform the redemption of the firstborn Son in obedience to the Torah. Later, St. Joseph went to the Temple in Jerusalem for the observance of Passover, where he and Mary temporarily lost Jesus. By his faithfulness and obedience, St. Joseph shows us all how to be faithful followers.

It’s not surprising that Pope Francis chose to call this year the Year of St. Joseph. During the COVID-19 pandemic, we should all pause to reflect on the life of St. Joseph as our patron.

Many of us have been hidden away, isolated and alone. Others have suffered great illness. We can also turn to him in our time of struggle and illness, for it is believed that since there is no mention of St. Joseph during Jesus’ ministry, he must have passed away before its beginning and must have been aware of the suffering of old age and death.
St. Joseph is both a great example and patron for us. By striving to imitate his examples of parenthood, humility, work ethic, kindness, compassion, mercy, courage, faithfulness and obedience, we can grow in our commitment to faith.

Let’s all call on St. Joseph for prayers. He can be our companion in this life, and we know that he can lead us closer to Christ. St. Joseph, pray for us. †

Deborah Jones is an associate director with the Office of Catechesis and Evangelization.

For more resources about the Year of St. Joseph, click here.