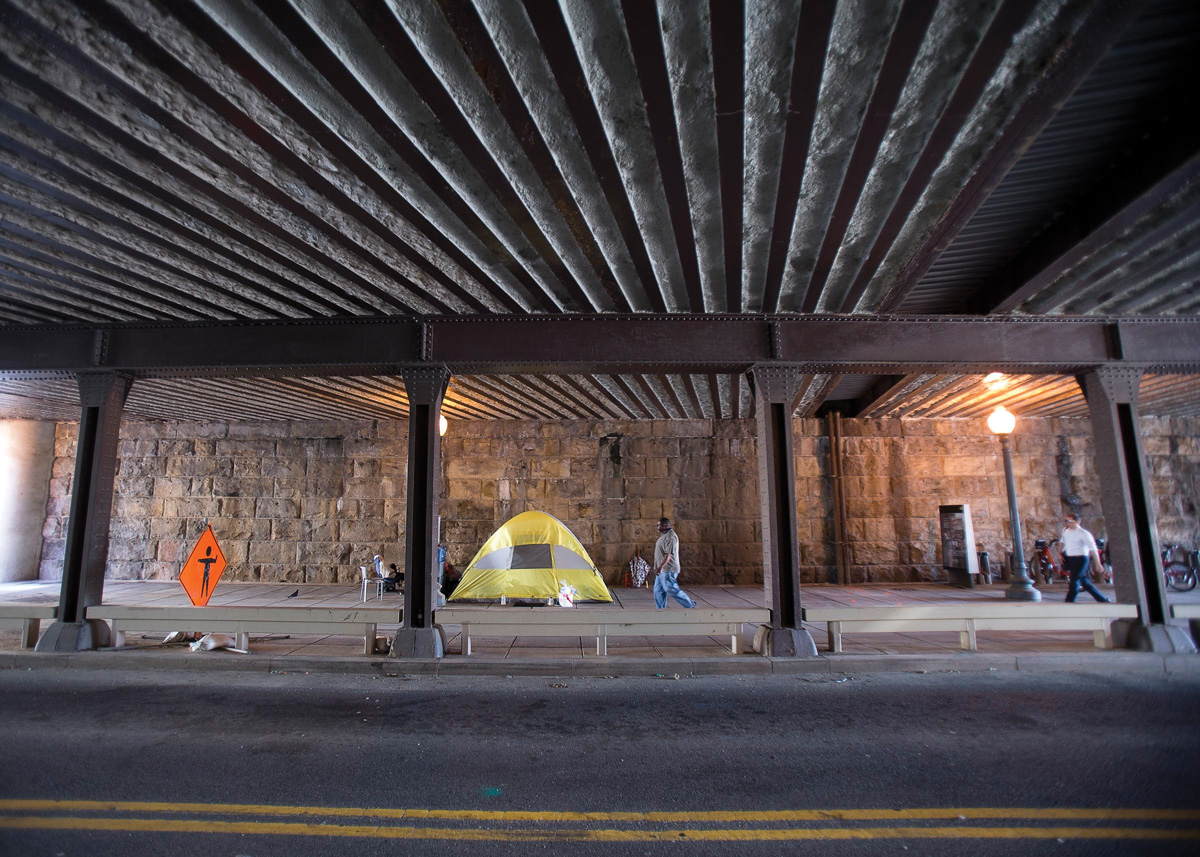 According to United We Dream, currently, nearly 12 million people in the U.S. are behind $6,000 in their rent or utilities. As soon as the current eviction moratorium ends, about 30 million people will be in danger of losing their homes. (CNS photo)

HOUSTON — The U.S. Conference of Catholic Bishops (USCCB) designated January as Poverty Awareness Month to draw attention to the plight of poverty in America.

During the month, the U.S. bishops, along with the Catholic Campaign for Human Development and the Catholic community, spread awareness to take up Pope Francis’s challenge to live in solidarity with the poor.

“I want a Church which is poor and for the poor,” Pope Francis said in his 2013 apostolic exhortation Evangelii Gaudium (which means The Joy of the Gospel).

Sister Maureen O’Connell, OP, director for the Secretariat of Social Concerns, said the COVID-19 pandemic has brought the issue of poverty front and center.

“Lack of access to healthcare, affordable housing and racial inequities are among the leading factors that result in skyrocketing numbers of people infected,” she said. “Essential workers are regularly placed in harm’s way when fellow citizens choose not to follow guidelines to protect themselves and their fellow citizens. Many of our essential workers do not have the luxury of working remotely and just by the nature of their work daily encounter opportunities for infection.”

Sister O’Connell said that the pandemic has caused many people who have lived paycheck to paycheck to find themselves laid off, furloughed or working with reduced hours.

“Food insecurity, housing and potential evictions are but a few of the symptoms of poverty that we see daily,” she said.

According to United We Dream, currently, nearly 12 million people in the U.S. are behind $6,000 in their rent or utilities. As soon as the current eviction moratorium ends, about 30 million people will be in danger of losing their homes.

Poverty is defined as all those who make less than the Federal government’s official poverty threshold, which for a family of four is about $25,700, according to PovertyUSA. In addition, Poverty USA states that more than 1.5 million children experience homelessness in a year, and more than 38 million Americans currently live in poverty.
Sister O’Connell said everyone needs to pay attention and be aware of those who are suffering in their community.

“It may be that we do not have the resources to respond, but something as simple as acknowledging a person, looking them in the eye as they serve us is as important as contributing financial support,” she said. “The Gospel is clear about our call to care for one another and [it is] rich with examples that are as timely today as they were 2000 years ago. Healing the sick, feeding the hungry, providing shelter for the refugee or homeless person is the consistent model we are offered.”

Sister O’Connell said there are many supporting agencies that work directly with those in need, including Society of St. Vincent de Paul, Catholic Charities, San José Clinic, Houston Food Bank and Interfaith Ministries of Greater Houston.

“The pandemic has seriously curtailed volunteer opportunities for many, but there is always a need for financial support,” she said. “We cannot turn a blind eye to the vulnerable among us.”

By Jan. 6, Catholic Charities said they distributed $61.4 million in financial assistance to 51,167 families struggling with losses in Harris County.

This year, Catholic Charities will not be hosting any events for Poverty Awareness due to the pandemic.

“The pandemic is creating unimaginable levels of desperation for families all across our community, and that’s why we’re so grateful to the faithful throughout the Archdiocese who open their hearts in support,” Cynthia Colbert, president and CEO of Catholic Charities of the Archdiocese of Galveston-Houston, said. “Before the pandemic, 90% of the people we served were already living in poverty. Now, we’re providing food and financial assistance to many families who have never needed help before.”

USCCB hosts online resources to help the faithful join the effort. The site includes a daily calendar of information, longer daily reflections which are available by email and other resources in both English and Spanish.