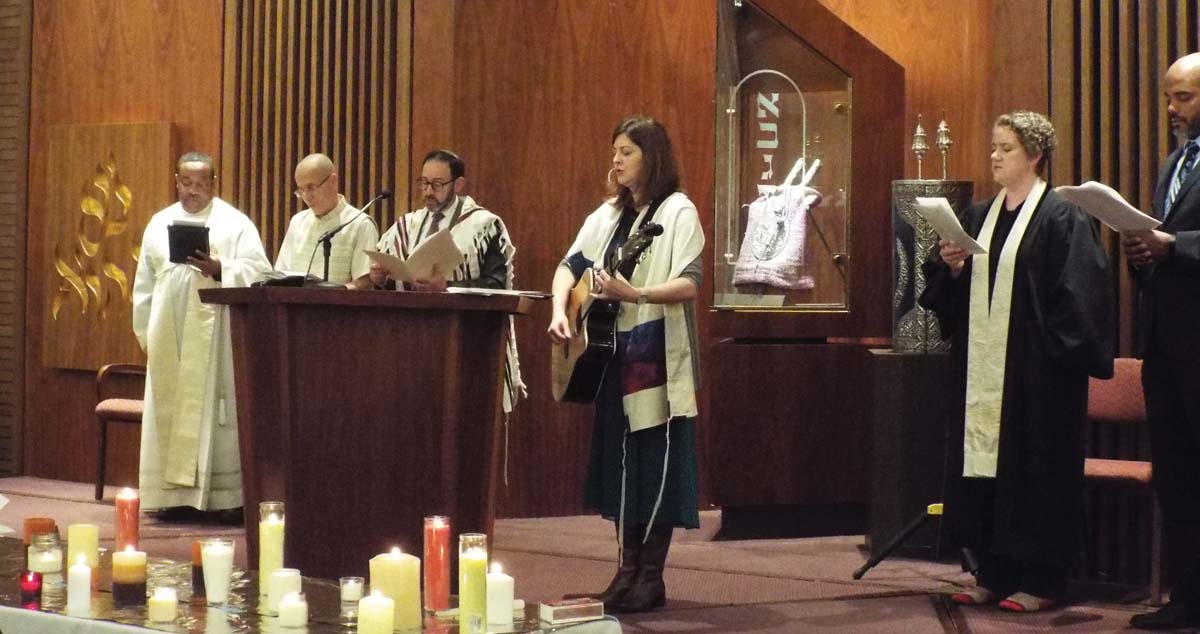 HOUSTON — The names ring out, “David Porter, Thomas Myers, Diana Rodriguez…” Mostly men in the mix, but several women, of all races, including Asian. They are among 60-plus homeless people who died in the streets of Houston in 2018 remembered Nov. 29 at an Interfaith Homeless Memorial Service.

This year Congregation Emanu El, the synagogue by Rice University, hosted the interfaith service led by Rabbi Oren Hayon. Last year the service was held at the downtown Co-Cathedral of the Sacred Heart presided by Daniel Cardinal DiNardo.

The event highlights the plight of the homeless to raise awareness on how the community can help as well as gives dignity to those who lost their lives, said Rabbi Hayon.

“On any given night, there are more than 4,000 who remain homeless in Houston and the surrounding counties,” he told more than 150 attending the service, including residents of shelters who arrived in groups.

Tamekia Victor gave witness to her new life after surviving being homeless and now sober, saying, “Only by His grace, I haven’t lost my mind.”

Father Reginald Samuels, Archdiocese of Galveston-Houston officer of Ecumenical and Interreligious Affairs, offered a reflection on those who passed.

“We are all called and instructed to put the needs of the poor and vulnerable first because poverty, hunger, oppression and injustice make it impossible to live a life commensurate with the dignity in which we have from God,” he said. “Our real home is our spiritual world.”

After each name was called out of the persons who died homeless, a candle was lit on a table at the front. A total of 59 candles burst into flame with a 60th one lit for all those who passed away with no identification, said service organizer Eileen Meinert, of The Ignatian Spirituality Project.

Other local sponsors in addition to the Ignatian Spirituality Project and Congregation Emanu El included Interfaith Ministries of Greater Houston, The Donald S. Nesti, CSSp, Center of Faith and Culture and the Healthcare for the Homeless-Houston.

After the service, those attending gathered to break bread over a vegetarian meal of spaghetti and salad.