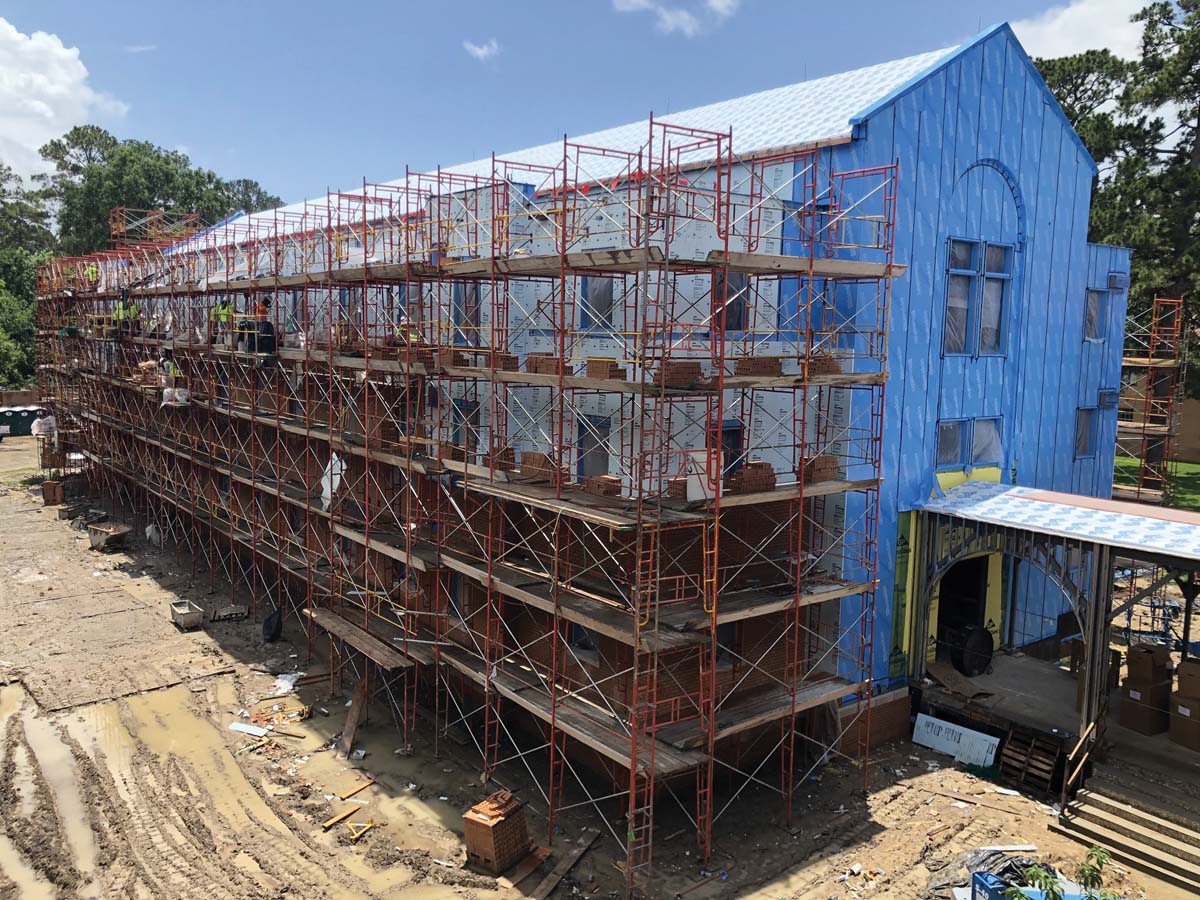 HOUSTON — The IGNITE: “Our Faith, Our Mission” Capital Campaign, which relaunched earlier this year, continues its efforts to address the vital needs of our local Church.

The campaign has successfully funded infrastructure repairs that were urgently needed at St. Mary’s Seminary and identified prior to the official start of IGNITE. Campus repairs included major plumbing, HVAC and associated mechanical and control system work.

“Much like the renovations to our Cathedral-Basilica after Ike, much of the work that has been done is foundational and isn’t apparent at the surface,” said Father Eurel Manzano, rector at St. Mary’s Seminary. “Apart from that, IGNITE has funded the construction of the new dormitory, which is already well on the way to completion. We hope to dedicate the building and move in some time at the start of this coming fall semester.”

This past year, the COVID-19 pandemic and social isolation forced the seminarians to spend more time on the St. Mary campus and in the dorms. It did not help that the seminary dorms they live in are outdated in plumbing and air conditioning/heating with worn furniture and kitchen area. They are still living in decades-old dorms while the Archdiocese works on getting new dorms built as donations and funds allow.

Asbestos in the older walls prevent seminarians from hammering into walls, while outdated heating and cooling systems make most of the seminarians bring in extra fans for their rooms to circulate air.

“Even then, it is still quite warm with some of us sweating at night even with the air conditioning on,” Father Hoang “Wayne” Ly said, who was ordained a priest on June 5.
Father Manzano said building in a pandemic has both blessings and challenges.

“In one respect, employers who are involved in the project as subcontractors have sometimes been more eager for the work and more willing to go to the negotiating table because of the economic pressure in some trades,” he said. “In others, it has forced some major supply chain issues which have slowed construction. A supplier early
in the project, for instance, had a case of confirmed exposure in their plant and had to shut down for more than a week. With no alternative supplier within a reasonable timeframe/price point, we were forced to move the construction timeline forward.”

Father Manzano said the pandemic also made them unable to celebrate the various milestones in construction along the way.

“We would have loved to host the community, especially our donors, for events on campus throughout the year to update them on the progress and let them see it for themselves,” he said. “Due to the circumstances, however, we have had to limit these events to the seminary community and find ways to communicate the progress of the project through other (mostly digital) means.”

Father Manzano said, on the positive side, the relative quiet and isolation of the campus this year has also made it easier for the construction to proceed uninterrupted, “which will hopefully contribute to a successful and timely completion.”

He said that even with the construction of the new dormitory and the infrastructure upgrades and repairs, there are capital improvement projects that could be pursued with remaining funds designated for the seminary. These include renovating or repurposing the old dormitories, repairing and redesigning common areas, landscape improvement projects, redoing outdoor recreation facilities, and more.

“While we won’t be able to complete all these projects in the near future, we are working with Archdiocesan leadership to map out our priorities and plans for the good of our seminarians going forward,” Father Manzano said.

He said that besides communicating that we as a diocese are invested in and committed to the formation of future priests here on this campus, “these improvements also convey to the men entrusted to our care that we want to create the best possible environment for them to hear the Lord’s voice and nurture his call in their life.”

“While there is a certain galvanizing effect that communal suffering has on a community of men, we don’t want that to come as a result of aging or outdated facilities and neglect for our physical plant,” he said. “Far from arising out of a sense of entitlement or aesthetic preference, having an environment where fraternal solidarity, community life and prayerful study is prioritized says that we are serious about forming competent, holy and compassionate shepherds for the Church.”

Manzano said the expansion of the campus also means it can comfortably accommodate several more seminarians in the future and serve as a hub for continuing education in the form of extended in-person workshops and formation programs requiring a residency component.

The IGNITE capital campaign was launched in 2015 to address the campus infrastructure and housing needs of St. Mary’s Seminary, as well as tuition assistance at Catholic schools, faith formation and individual parish needs. Following Hurricane Harvey in 2017, the campaign also added a future disaster recovery fund and a fund to address rebuilding parishes and schools impacted by the storm.

Inviting all in our Archdiocese to work together to address these vital needs for our local Church, the IGNITE campaign aims to raise $150 million.