Hurricane Harvey recovery: Catholic Charities is in it for the long haul

By Betsy Ballard, Special to the Herald 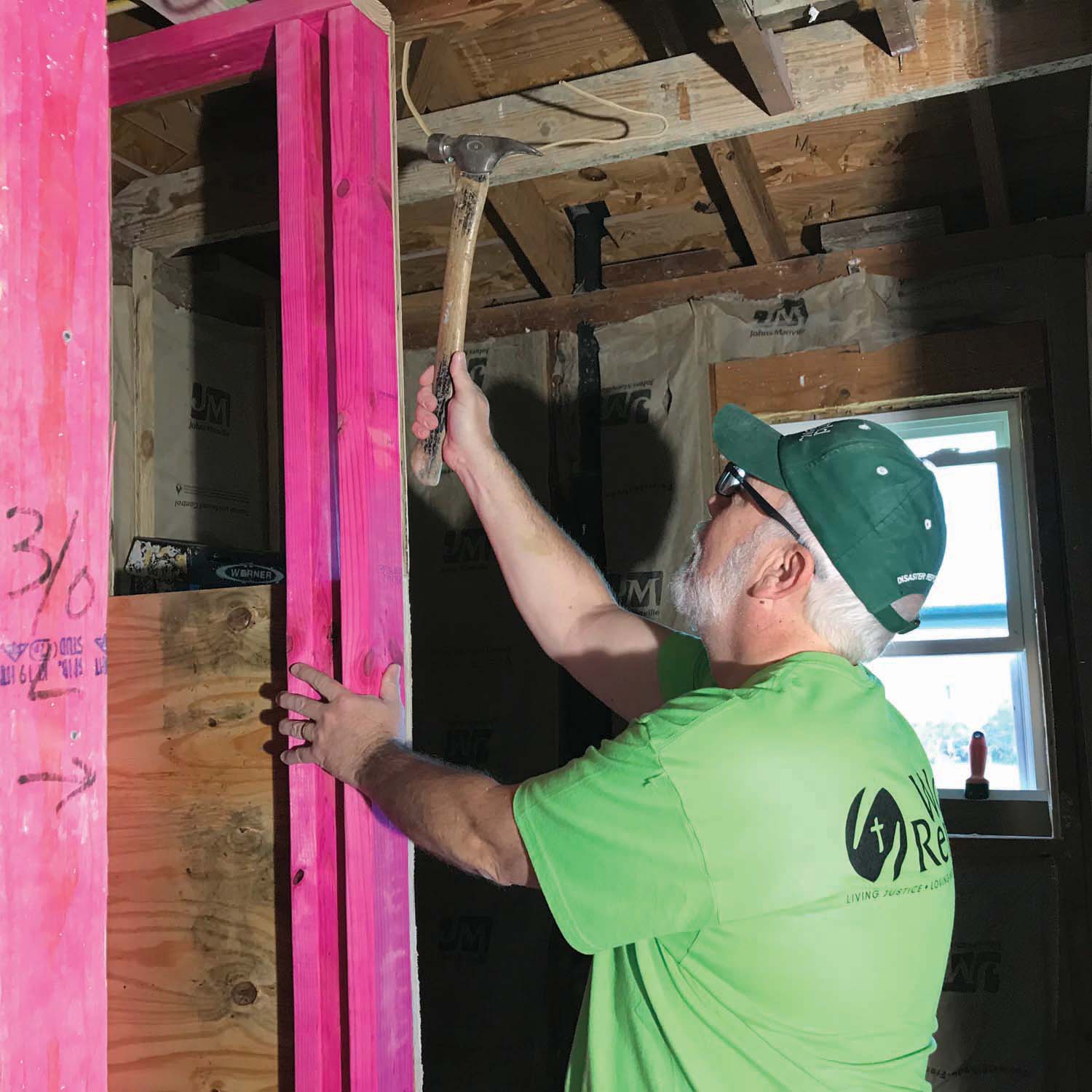 HOUSTON — Alvin resident Cindy Tellez and her husband had four feet of water in their home during Hurricane Harvey.

“It was crazy,” said Tellez, who noted that they had to live in hotels for nearly eight months. They were able to do some repairs to their home with the help of friends but had to live with much of the damage for more than four years.

Then, the Tellez family was connected to the Disaster Recovery program at Catholic Charities of the Archdiocese of Galveston-Houston. After the long wait, “with the help of Catholic Charities, we have a kitchen and a bathroom,” Tellez said. The Tellez family story is far from unique. Based on the widespread damage caused by Harvey’s 47 inches of rainfall, area experts predicted it would take years before the community could reach wholeness.

Families with the greatest financial challenges would face the highest barriers to recovery. That was the rationale behind the formulation of Catholic Charities’ Disaster Recovery Program.

“Our board of directors understood that recovery from Harvey would take years,” said Catholic Charities President Cynthia N. Colbert. “We designed a program that would last at least five years for Harvey, then keep us prepared for the next disaster. We are able to walk beside the most vulnerable families in our community who need more time to rebuild.”

In the five years since Harvey, long after most neighborhoods returned to pre-Harvey conditions, Catholic Charities’ Disaster Recovery program continues to help those who don’t have the means to restore their homes from damages caused by the catastrophic flooding event.
“Catholic Charities has a decades-long history of service to people who contend with poverty,” said Colbert. “So we are well positioned to help this same population following devastating natural – and manmade – catastrophes.”

Mary Ann Welch is a disabled senior whose Braeswood-area townhome had a foot of murky brown water standing inside for five days before it could drain. Getting by on a fixed income, Welch lacked the resources to repair her home or find alternative housing.

She continued living in a few rooms in her home for four years until another agency referred her to Catholic Charities, which finished the repairs that allowed her to make full use of her home.

“I am so pleased to have these repairs completed,” said Welch. “My testimony on the power of patience, perseverance and prayer is real as it has been a frustrating journey.”

The COVID-19 pandemic has been another factor that delayed repairs for Harvey-damaged homes.

Cindy Tellez and her husband had to take a long pause in their restoration efforts. Due to her husband’s health issues, they were forced to wait until it was safe for them to have workers in their homes. Catholic Charities facilitated repairs to the foundation, bathroom and kitchen, in addition to replacing appliances and bedroom furniture.

Catholic Charities provided immediate assistance after Harvey as well in 2017. As the skies began to clear, Catholic Charities sprang into action to help desperate families with the most immediate needs: food, cleaning supplies, clothing, gift cards for gas and more.

The need for help was staggering. Catholic Charities saw a huge increase in requests for food assistance as lines at their three largest food pantries expanded beyond anything seen before.

In addition, the agency received increased cries for help with rent, utilities and other essential expenses. Harvey meant loss of income for many families with lower-wage jobs who couldn’t work due to damaged businesses and workplaces.

“In many ways, Harvey prepared us for another extended disaster that occurred only a few years later — the COVID-19 pandemic,” said Colbert. “Catholic Charities is always prepared to respond when the community needs us most. Thanks to generous friends throughout the Archdiocese, we are able to serve as the hands and feet of Christ.”