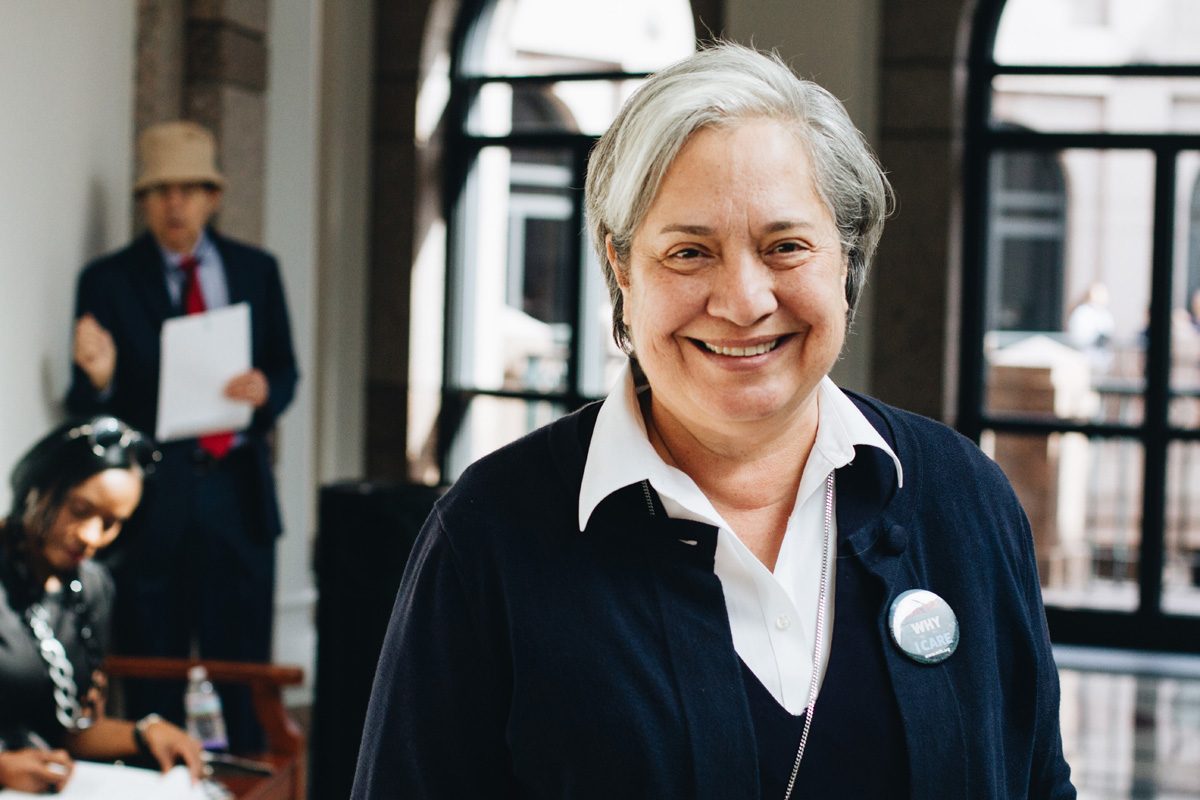 Sister Norma Pimentel, MJ, is the executive director of Catholic Charities of the Rio Grande Valley in Texas and a longtime advocate for immigrants and refugees. Sister Pimentel, seen here at the Texas State Capitol in Austin, was named to Time Magazine’s Top 100 Most Influential People of 2020. (Photo by James Ramos/Herald)

HOUSTON — As part of their participation in priorities of the Leadership Conference of Women Religious (LCWR), Region XII, the Sisters of the Incarnate Word and Blessed Sacrament, the Sisters of Charity of the Incarnate Word, Houston and the Dominican Sisters of Houston were thrilled with the recognition by Time Magazine of Sister Norma Pimentel, Missionary Sister of Jesus. The magazine recently named the McAllen-based sister as one of its “100 Most Influential People of 2020.”

Model of Christ’s call to love

“Sister Norma has long been an inspiration to us as a model of Christ’s commandment to love our neighbor as ourselves, especially when our neighbor is escaping poverty and violence and seeks relief at our hands,” said Sister Kevina Keating, CCVI, congregational leader of the Sisters of Charity of the Incarnate Word in Houston.

Sister Pimentel, who is executive director of Catholic Charities of the Rio Grande Valley, has received many awards and recognitions for the crucial ministry she has rendered to immigrants who have arrived at the Texas border since 2014, primarily from Central America.

The sisters said she is admired for her selflessness and humility in recognizing the efforts of the entire Rio Grande Valley community and beyond to care for immigrants. She consistently credits the collaboration and generosity of the many volunteers and organizations that have responded to the cry for help from the multitudes of young families with children who could no longer tolerate the grave violence and persecution in their countries of origin.

“Sister Norma’s selfless love is a living example of how to see the face of Christ in our neighbor, embrace the sanctity of life and affirm the dignity of every human person,” said Sister Donna M. Pollard, OP, prioress of the Dominican Sisters of Houston.

Over the past six years, more than 100,000 people have been served and housed by the welcoming centers created by Catholic Charities of the Rio Grande Valley and at Annunciation House in El Paso. Numerous non-profit organizations and advocacy groups such as the Salvation Army have joined her efforts to offer support to the humanitarian crisis at the border.

We cannot turn our backs

A number of Houston sisters support local ministries serving immigrants and also engage in advocacy efforts for those who later join family or otherwise settle in Houston and other cities.

“We are a people of God, people driven by the presence of God in ourselves and in others,” Sister Pimentel said after being recognized by Time Magazine. “When we see human suffering, we cannot turn our backs; we must respond. It is my hope that this recognition will bring more understanding and help people see more clearly what we can each do to respect all human life,” she said.

The sisters said immigrants face an array of difficulties — from awaiting court hearings and clearance to move on with their lives to finally being released from detention with perhaps no way to get to family ready to receive them in distant cities. Sister Pimentel’s ministry covers the gamut of needs.

Her ministry is also international. Due to recent changes in immigration regulations, she now regularly visits the Matamoros tent camp of those still hoping for asylum in the U.S. She and the few volunteers allowed by Mexican officials take what is needed to alleviate the suffering families and to be the presence of Christ for those who continue to hope for their day in court even though, for now, the legal process has been suspended.

During a virtual papal audience at Sacred Heart Church in McAllen in 2015, Pope Francis called Sister Pimentel forward to thank her and all who worked with her for offering hospitality and aid to migrants, and said, “I love you.”

The Time Magazine recognition shows that Sister Pimentel has become a powerful beacon of hope and an enduring model of compassion for Houston’s religious communities, all who see and hear the cry of the poor, and especially those seeking help at the border.

“As a Church, like Sister Norma, we cannot turn a blind eye or ignore the needs of the immigrants among us,” said Sister Lauren Beck, CVI, general superior of the Sisters of the Incarnate Word and Blessed Sacrament in Houston. †