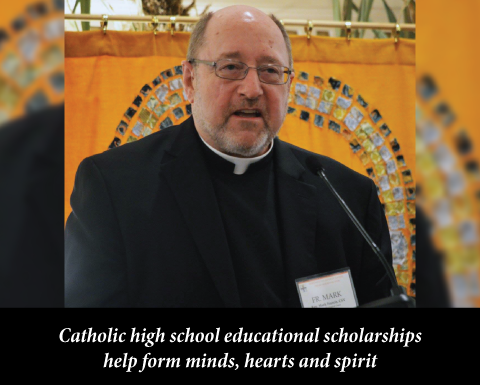 NEW YORK — Nearly 200 leaders from 85 dioceses gathered in Albany, New York on October 5 to 7, for the 47th annual national meeting of the Federation of Diocesan Liturgical Commissions (FDLC). Their focus was “Open Wide the Gates of Justice: Praise God within Them.” Specifically, they examined the relationship between the celebration of the Church’s Liturgy and its impetus to promote social justice.

“It is appropriate that this should be the theme of our meeting in this Year of Mercy,” noted host Bishop Edward Scharfenberger, “since it so closely aligns with Pope Francis’ call to be missionaries of mercy.

FDLC Executive Director Rita Thiron, concurred in her opening remarks to the assembled liturgical experts: “This past year, we have seen tensions and triumphs in race relations. We have watched mothers, fathers and children fleeing from their homes — seeking some refuge, drowning at sea, or rejected at borders. We have mourned the loss of life in hate-filled terrorist attacks in Orlando, San Bernardino, Belgium, and elsewhere. We have grieved the deaths of unarmed victims and the shootings of police officers. We have lost a sense of security and, in some cases, a sense of hope.”

“And through it all, we have prayed. We have turned to our faith for answers and to the Liturgy of the Church for the right words to say. As liturgists, presiders, preachers and musicians, we have gathered our shaken communities and offered them the truth of the Gospel message and its promise of hope and resurrection. We have seen forgiveness. We have spoken of mercy. We have brought healing and peace.”

Father James Burkart, pastor at Christ the Good Shepherd Church in Spring, is the chair of the Archdiocesan Liturgical Commission and attended the national meeting. He said the gathering gives attendees an opportunity to network with others around the country, be challenged by guest speakers and consult with the USCCB Committee on Divine Worship.

“We brainstorm, dialogue and come up with ways that we help with the liturgical life around our country,” Father Burkart said. “This year, the speakers spoke on the topic of social justice in the Liturgy. So much of the work that we did had to do with how Liturgy calls us all to act justly and to carry out the mission of Gospel of Jesus Christ in the world.

Bishop Mark Seitz of the Diocese of El Paso reminded the participants that Christ came “to make all things new” (Rev. 21:5). Bishop Seitz ministers near the border between the United States and Mexico and has testified before Congress on the plight of immigrant families and children.

He reminded the participants that “The Liturgy cannot be seen in an individualistic way as the place where we retreat and our individual consciences are formed and from which we depart to engage in private activity on behalf of justice in the ‘real world.’ In a certain sense, that would be to apply the logic of consumerism to the Liturgy. The Eucharist is not consumed for the private benefit and edification of the individual. Here it would be too easy to separate daily living from the Liturgy, to render the liturgical act a comfortable escape from its own implications. Rather, the true power of the Liturgy is that it actually inaugurates a new social reality. The Liturgy is the real world.”
Bishop Seitz said the Liturgy is “not primarily our action or response to God; that will always be feeble and imperfect.” But the Liturgy is first and foremost the action of God, the formation of a new people.

“Bishop Mark Seitz challenged us to be aware of how the Gospel of Jesus Christ calls for justice for all people and that the Liturgy can never be a source or place of division,” Father Burkart said. “He used the word ‘subversive,’ meaning that the Liturgy should call us to the world as it should be… not necessarily how it is. And how we can and should respond to be disciples of the message of the Gospel of Love.”
Bishop Seitz was joined by two other keynoters — Dr. Diana Hayes, Professor Emerita from Georgetown University, and Father Mark Francis, CSV, President of Catholic Theological Union in Chicago.

“(Dr. Hayes) called us to remember that celebrating the Eucharist reminds us how to receive and cherish how (those who) have lost his or her home, cannot find decent employment, lack adequate food and clothing, etc.,” Father Burkart said. “She told us that how we celebrate the Lord’s Supper signals our openness to the least among us.”

Father Francis elaborated on a phrase that Pope Francis used, “Culture of Indifference.”

“Father Francis reminded us to think about what it means to be a Christian, calling us to personal involvement in proclaiming God’s love to the world as missionary disciples,” Father Burkart said. “When we hear the word of God in the Liturgy, and we gather around the ‘table of sacrifice’ at the Liturgy of the Eucharist, we are called and missioned into the service of the Gospel and that service can never be taken for granted. We must also be enthusiastic about constantly inviting others into this mission of love and salvation.”

Since its founding, the FDLC National Meeting has been co-sponsored annually by the FDLC and the Bishops’ Committee on Divine Worship.
On the opening day, diocesan leaders heard updates on the progress of the translation of liturgical texts, on the status of liturgical books currently under review at the Vatican, and on other liturgical initiatives.

The members and local participants were also enriched by 14 workshops which explored the ideas of Liturgy and social justice. These examined architecture, music, the liturgical year, and the texts of the liturgical books. In particular, the rites of the sacraments were brought to bear on the topic — the Rite of Reconciliation and the Rite of Christian Initiation of Adults (RCIA).

The business sessions also contributed to the mission of the Federation. The members passed a resolution to produce information on proper practices for the adoration and exposition of the Eucharist outside Mass.

Various committees met to plan formation on the RCIA and to anticipate the reception of the revised Misal Romano, the Spanish-language translation of the third edition of The Roman Missal for the dioceses of the United States.

“The work of the Federation of Liturgical Commissions is to assist the bishops and other liturgical leaders in facilitating the public prayer of the Church,” Father Burkart said. “We leave these gathering energized to do just that. There are many, many professional lay people, religious men and women and priests around the country who spend countless hours at developing catechetical tools and other ways to assist the faithful of the United States to be able to worship and celebrate the sacraments well. I came back re-energized to do as much as I can to do the same thing here in the Archdiocese of Galveston-Houston.”

The FDLC was founded in 1969 by the Bishops’ Committee on the Liturgy. Members of Diocesan Liturgical Commissions from across the country were called together to provide formation on the liturgical books, newly revised after the Second Vatican Council.