Homeless who died on Houston streets remembered in memorial service 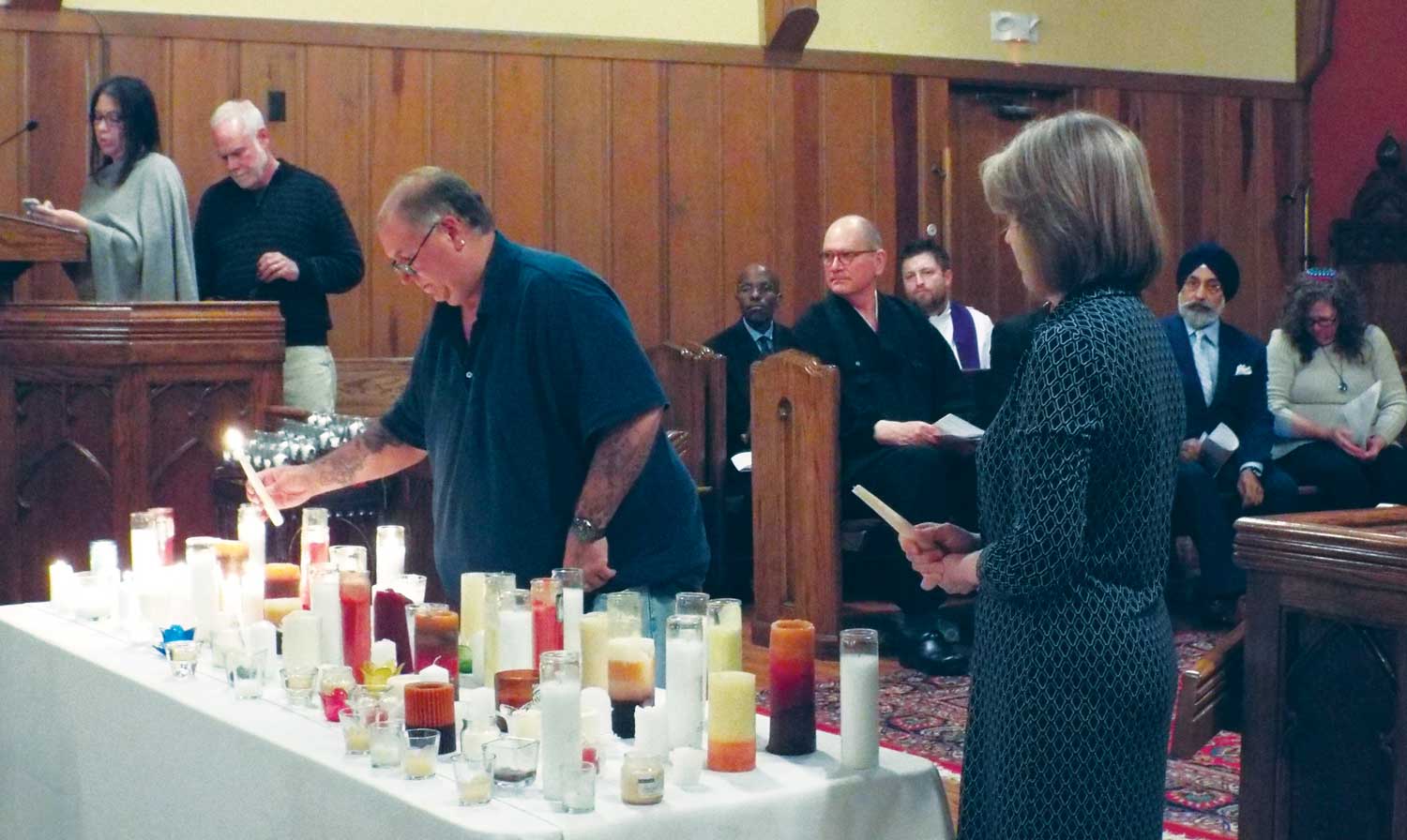 About 150 people attended the Interfaith Homeless Memorial Service as James Taylor lit a candle for each of the 105 homeless persons who died on Houston streets in 2019. Several religious leaders, including Father Orrin Halepeska of the Archdiocese of Galveston-Houston Ecumenical and Interreligious Affairs, offered prayers and guidance in helping the homeless. (Photo by Jo Ann Zuñiga/Herald)

HOUSTON — The names ring out, a diverse mix of African-American, Anglo, Hispanic and other ethnicities. The main commonality was “our mortality,” said interfaith religious leaders about the 105 homeless men and women who died in the streets of Houston in 2019.

“All of us know the time is coming for us when we take our last breath,” Rev. Grace said.

The event, which happens at differing places of worship each year, including the downtown Co-Cathedral of the Sacred Heart, highlights the plight of the homeless to raise awareness on how the community can help.

Organizer Eileen Meinert, of The Ignatian Spirituality Project (ISP), said, “Homelessness is not the same as being houseless. Homelessness is not having a sense of belonging, but everyone does belong, and each person has dignity.”

“Those of you attending are making a place in your heart for each of these persons who passed,” Meinert told more than 150 attending the service, including residents of shelter programs and halfway houses who arrived in groups.

On any given night, there are about 4,000 who remain homeless in Houston and the surrounding counties, according to the Houston Coalition for the Homeless.

Tamekia Victor, who is now sober, gave witness to her new life after surviving being homeless. She shared a poem she wrote, saying, “Does Jesus cry when I commit sin? On the streets, He was my only friend.”

James Taylor, a witness who attended an ISP men’s retreat, told the crowd that he had been in prison three times for drugs.

“I was not allowed to leave to participate in the funerals because I was too much of a flight risk,” said Taylor, who now has stayed drug-free since 2016.

Father Orrin Halepeska of the Archdiocese of Galveston-Houston Ecumenical and Interreligious Affairs was among those leading prayers, quoting Scripture from John 1:4 that includes, “Beloved, if God so loved us, we also must love one another.”

Other interfaith leaders who participated included Sukhdev Singh of the Houston Sikh community, Elija Sain of Masjid Warithuddeen Mohammed, Rev. Tim Schorre, priest of the Houston Zen Center, Bate Bate of the Houston Baha’I Community, and Chava Gal-Or of the Temple Sinai who read from the Torah.

After each name of the deceased was called out, a candle was lit on a table at the front of the sanctuary. A total of 105 candles burst into flame with an additional one lit last for all those who passed away on the street with no identification.

Event sponsors included the Interfaith Ministries and Congregation Emanu El, in addition to the ISP and the Archdiocese.

In concluding the service, Rev. Grace held up a large ziplock clear plastic bag filled with a sealed bottle of water, packaged snacks and resource information including emergency shelters and the United Way 211 helpline.

“Everyone is welcome to take as many as you want or create your own to give,” he said.