Hit in theaters and now online: ‘Christmas with The Chosen: The Messengers’ 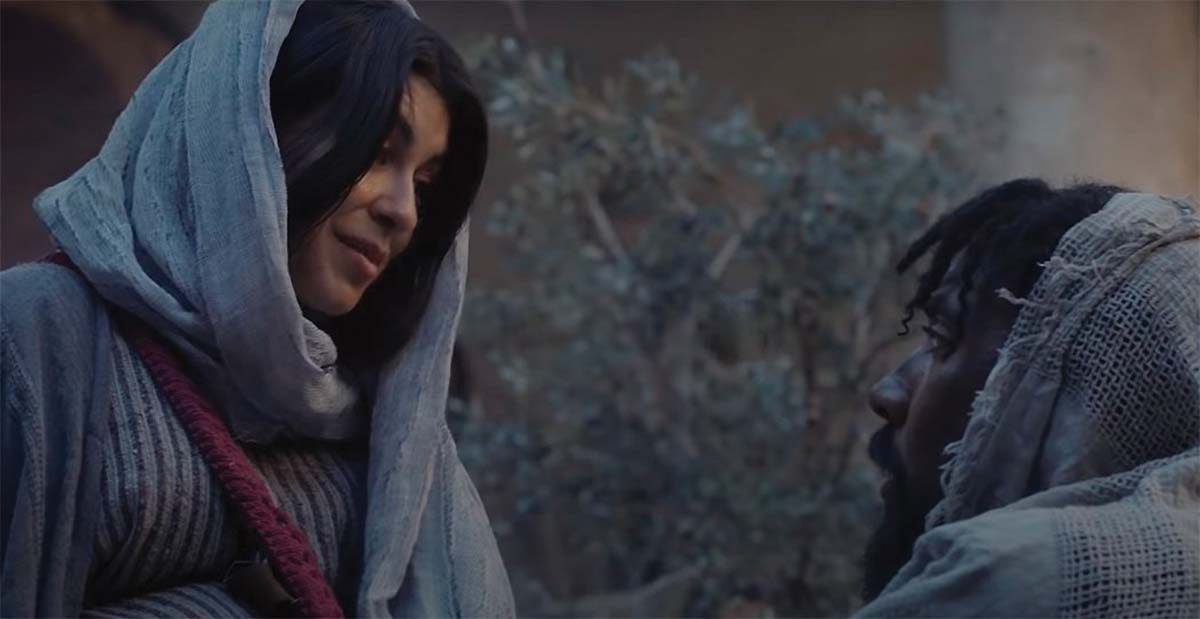 This is a scene from the film “Christmas with The Chosen: The Messengers.” (CNS photo)

HOUSTON — Even if one has not seen “The Chosen” series about the life of Jesus, played by Catholic actor Jonathan Roumie, there is no denying its status as a global phenomenon. The Wall Street Journal has written about the production’s successful crowd-funded “Pay it Forward” campaign.

So far, “The Chosen’s” worldwide audience has paid it forward $40 million to completely fund seasons one and two which is then offered free online. Season three will begin in spring 2022 with translations in 50 languages. Now the new episode “Christmas with The Chosen: The Messengers” gives the overriding message “People must know.”

To drum up even more support and funds for the series to continue, executive producer Dallas Jenkins, who is an evangelical Christian, partnered with Fathom Events to offer special in-theater productions. While it was only scheduled for theaters from Dec. 1 through 10, the “Christmas with The Chosen” episode broke sales records for Fathom Events, which released it in 1,700 movie theaters nationwide. So now theater showings are extended through Dec. 21.

Fathom Events reported sales topping $8 million for 640,000 tickets, making “Christmas with The Chosen: The Messengers,” its best-selling and most highly attended event in its history. “The Chosen” is produced by Loaves & Fishes Productions and distributed by Angel Studios. Of the 110-person crew working on the show, 78 are from Texas, and 23 of the 54 season regulars are Texans.

The title, “The Messengers,” refers to the angels who visited Joseph (Raj Bond) and a young Mary (Sara Anne) separately. As they travel to Bethlehem for the census, both tell each other about how the word they received from God has given them courage and determination to walk an unexpected and difficult path. They both hear their angels start off with, “Do not be afraid.”

Local parishioners from Our Lady of Mount Carmel, Charley Green and wife Mary, were among the first in Houston to watch the two-hour production on Dec. 1 at the Gulfpointe AMC 30 cinema.

“We have been very strong advocates of ‘The Chosen’ since we saw the first episode several years ago. I think the prequel, ‘The Shepherd,’ is the very best Christmas video I have ever seen, and ‘The Messengers’ comes as a very close second for me,” Charley said. “Personally, it is all about the message rather than the messengers.

People must know. I wish everyone could take this opportunity during the Christmas season for Christ. That’s my Christmas prayer.”

But the first hour of production starts anticlimactically with mostly a Christmas concert by Christian singers impacted by the authenticity of “The Chosen.” Most are well-known and popular on Christian radio, including for King & Country; Leanna Crawford, Jordan Feliz and The Bonner Family, as well as one of the Catholic Church’s most well-known worship leaders, Matt Maher.

Once the concert is done, the story in its second hour returns to the nativity as Joseph and Mary reflect on the events that led them to this moment in their lives together. Interweaving Biblical fact with a bit of script-writing fiction, Mary tells Joseph at one point, “Thank you for protecting me. I should have said something months ago. No one would have blamed you for divorcing me publicly.” Then she adds tenderly, “Joseph, you are a brave man. And you are godly. I should have said thank you.”

Moments like these show the humanity as well as the divinity. The couple’s increasing sense of desperation when there’s no place to stay in Bethlehem also shows a frustrated Joseph calling the innkeeper’s denial of space “bull droppings!”

When the couple finally gets shuffled off to a lowly stable more rock than wood, a sweaty, dirty, exhausted Joseph shovels manure out of the way and places clean hay as Mary in labor has her water break.

They try to make a “clean” spot for the Savior of the world to arrive—a place full of blood, dirt, poverty and oppression. And the two deliver the Lord together.

And as they talk, Jesus’s mother reveals that she has never told anyone her poem of joy, what is now called the Magnificat. She invites Mary Magdalene to record it and to take the words to Luke, who is compiling his Gospel, including the Infancy Narrative.

This glimpse of Mary in her later years offers a satisfying narrative bookend to the episode, as she was seen on the one hand having just given birth, and on the other looking back fondly on that moment decades later.

After all, who else was present for the Annunciation, the Visitation and the Nativity who was still alive to tell the story?