Healing and restoring those affected by broken marriages in the Church 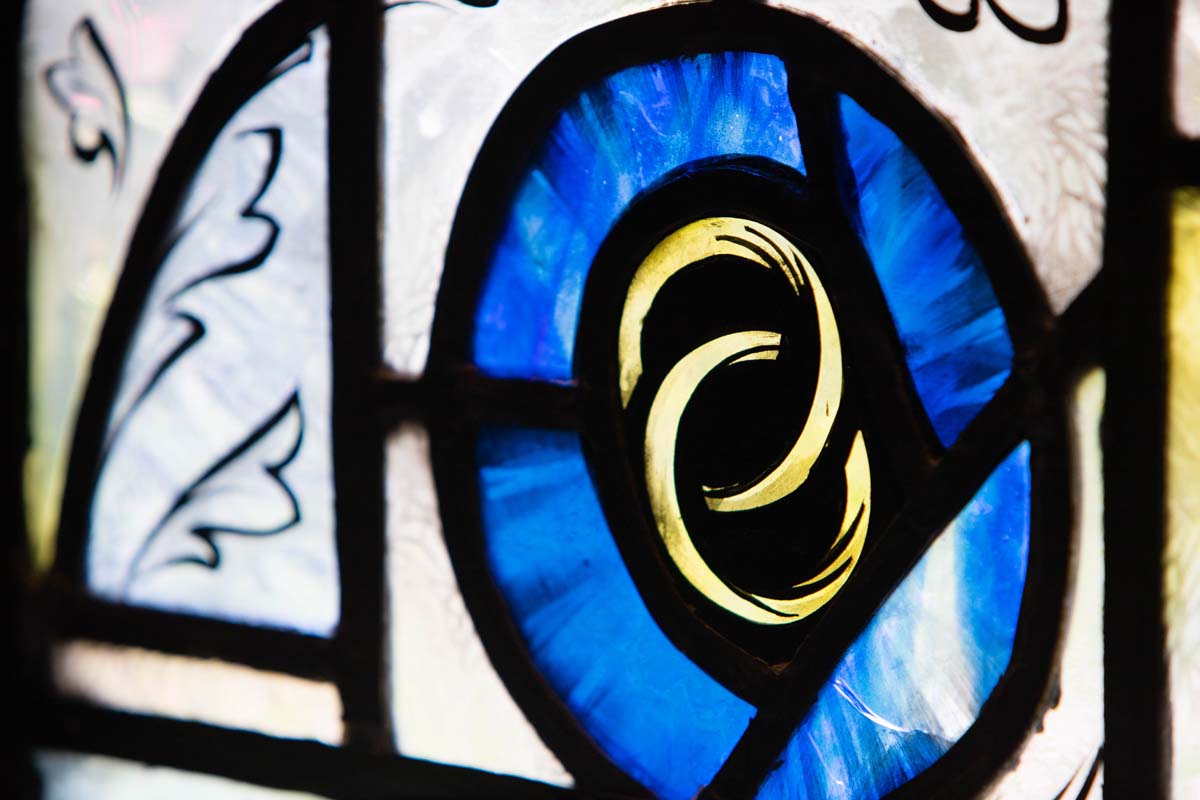 A stained glass window depicts two wedding rings at St. Anne Catholic Church in Houston. The Metropolitan Tribunal of the Archdiocese of Galveston-Houston seeks to minister to the faithful of those who experience broken marriages as a main priority. Photo by James Ramos/Herald.

HOUSTON — As petitions for a Declaration of Nullity, commonly known as annulments, continue to rise in the Archdiocese of Galveston-Houston, ministering to the faithful in these broken marriages is the main priority of the Metropolitan Tribunal.

“Those who contact us are seeking an annulment for different reasons, but our greatest desire is that through the process, no matter what response their petition might receive, they receive healing and know that they are loved and cared for by their Church,” said Father Luke Millette, Judicial Vicar for the Metropolitan Tribunal’s Judicial Affairs, which is one of 60 ministries supported by the Diocesan Services Fund (DSF).

In 2017, 630 new petitions were received, and when considering all parties involved, well over 1,000 families were served.

“...our greatest desire is that through the process, no matter what response their petition might receive, they receive healing and know that they are loved and cared for by their Church.”

This increase has been due in part to changes Pope Francis made to the annulment petition process at the start of the Jubilee Year of Mercy in 2015, which streamlined processes and gave local bishops more opportunities to assume the role of judge in their dioceses. Also, the automatic appeals processes for all petitions was eliminated, and fees reduced or eliminated for those who file.

“Our greatest challenge is also our greatest joy,” said Father Millette. “Every year, we continue to receive large numbers of petitions from people seeking annulments, and since our primary mission is to help reconcile these people to the Church, we are glad to receive such great numbers of petitions. At the same time, this strains the limited resources which we have at the Tribunal.”

To focus on these challenges, Father Millette said the ministry has several major priorities. First, is ensuring those who petition receive a response more quickly. Secondly, is making sure that all parties involved, including the other former spouse, are ministered to during this process.

“This increase also has forced us to have to seek greater assistance from lay Case Sponsors in parishes, to increase the staff at the Tribunal, and to come up with new ways to streamline the process,” said Father Millette. “We are constantly seeking new ways to speed up our process within our budget restraints. We have made many immediate changes and also have some long terms projects in mind, which could also bring great benefits to the process.”

Throughout the year, the Metropolitan Tribunal hosts workshops for those who have questions about the annulment process, as well as conducts training sessions for those who will help guide this process at the local parish level as Case Sponsors. Additionally, the ministry is gradually increasing the use of psychological experts who can assist in judging cases.

Related: New Judicial Vicar for Galveston-Houston discusses work of Tribunal, reflects on his ‘yes’ to priesthood

Father Millette said the Metropolitan Tribunal greatly benefits from the generosity of the faithful in the Archdiocese who give to the fund each year.

“For example, because one of the most important directives given to Marriage Tribunals by Pope Francis is that the process is to be as inexpensive as is possible, we charge a nominal fee for formal petitions, which is regularly waived for those who cannot afford it,” said Father Millette.

“The reason for this is that God’s grace has been freely received and must thus be freely given, so the entire ministry of the Tribunal has to be funded by the generous donations that come through the DSF campaign. While it may not always seem like it, contributing to the DSF funds important ministries that restore people to the Church.”

In addition, the Metropolitan Tribunal assists the Archdiocese in numerous other ways. The ministry acts as a resource to the Archbishop and priests, religious, and laity at the parish level in all canonical matters.

This includes assisting agencies and institutions of the Archdiocese with information of policy or programs. The ministry also serves as a tribunal of second instance appeals for six other dioceses in its Province.