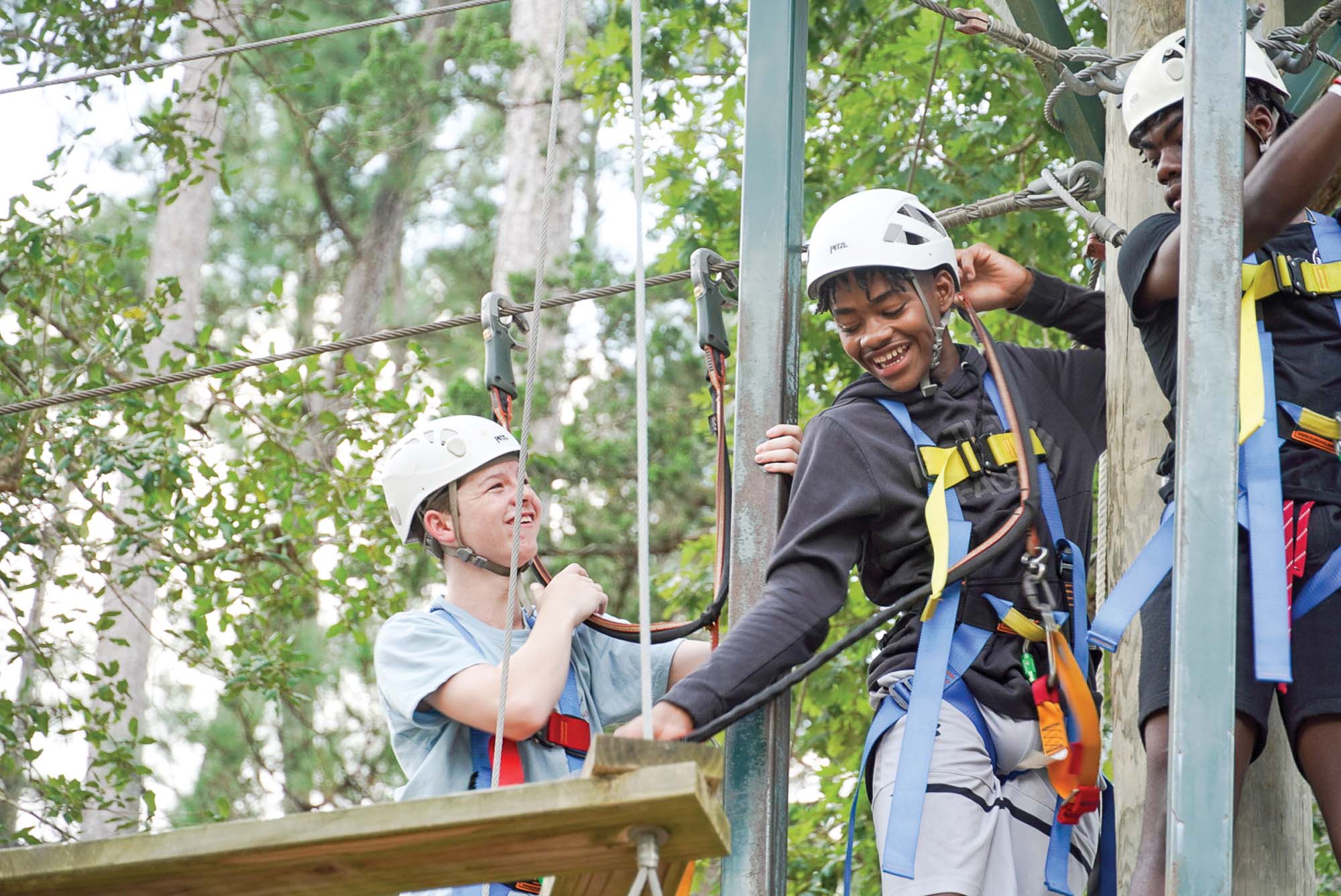 HOUSTON — With the 2022-2023 school year on the way, the 12 high schools in the Archdiocese are in different stages as they welcome the Class of 2026.

This year, Frassati Catholic High School is celebrating its 10th anniversary with their largest student body to date, with an enrollment of 286 students, including 85 freshmen and 14 new students.

On Aug. 22, Auxiliary Bishop Italo Dell’Oro joined the Frassati community to celebrate its 10th anniversary Mass. The school also plans to host 10th anniversary-themed gatherings throughout the year, including Homecoming, the annual Blue and Gray Gala, and the Charles Maguire Memorial Golf Tournament. Additionally, this will be the first year that Frassati Catholic will have true home football games with the success of the Home Field Advantage Capital Campaign — a project to build a stadium on campus. The construction of the football field is underway and scheduled for completion ahead of the Oct. 22 Homecoming Weekend.

Before the fall semester, St. Thomas High School freshmen were able to participate in the Camp Aquinas initiative. Held at Camp Cho-Yeh outside of Livingston, it provides a measurable impact on individual students and extends to the daily engagement of the campus community.

The five-day immersion, named for the institution’s patron St. Thomas Aquinas, originated in 2017 and has expanded to incorporate the Eagle house system. Unplugged from electronics and technology, students develop character, community, and culture and, most importantly, gain an authentic understanding that a leader’s greatness is found in bringing out greatness in others.

“A St. Thomas experience forms the whole person. I have the pleasure of seeing this happen every day in our classrooms, in our House System, our fine arts labs and in our athletic pursuits,” he said. “Our abiding commitment to Catholic Basilian education grows from this lively pursuit of goodness, discipline and knowledge, this abundant partnership of community, friendship and service to humanity.”

Cristo Rey College Preparatory students were also busy during the summer. Students wanting to make their mark in the medical field participated in extensive scientific research during a summer internship at MD Anderson Cancer Center. They worked in the areas of leukemia, ovarian and lung cancer research, as well as bio-engineering drug delivery using cell structures.

Over the course of 10 weeks, four students were welcomed into four different labs at MD Anderson. Now in its sixth year of partnership with the high school, the students learned the basics of their labs’ work, techniques and completed impressive experiments, all before confidently presenting their results.

Their Cristo Rey Jesuit science teacher, Peter Rispin, said the program is extremely challenging, at a level students won’t see until they’re juniors in college or above.

“We’ve sent about 20 students over the years, and two have been juniors. The rest have been seniors in the summer after graduation,” Rispin said. “The program is designed to be a medical school pipeline initiative, so we look for students interested in careers in medicine or the sciences who have a combination of exceptional academic ability and maturity.”

This school year, St. Catherine’s Montessori High School will focus on community service and supporting students in defining their role in contributing to the school community inside and outside of the classroom. Welcoming a new head of school, Lina Delgado, the high school expanded creative expression offerings, giving the students an opportunity to contribute to school communications and the yearbook while learning the basics of photography.

The high school also is exploring the launch of a Coffee Cart. This enterprise would serve the entire school community and introduce students to the concepts of production and exchanges, an integral component of a Montessori adolescent program. Additionally, students have added a conversation portion to their morning prayer and reading to delve deeper into the meanings of the Gospel and make connections to what is happening in the world around them.

“We have had a lovely start of school at St. Catherine’s Montessori,” Delgado said. “It has been wonderful enjoying laughter in the hallways, welcoming new students, watching after-school sports practices, and helping our community adjust to the new school year.”

Strake Jesuit College Preparatory continues to expand its athletics program. With UIL officially adopting water polo, the Strake Jesuit waterpolo team will now be able to compete in the league.

The high school is also adding roundnet (also known by brand name, spikeball). Additionally, the athletic stadium field was re-turfed with a big cross at center field to match their baseball field, which is also turf.