GARCIA-LUENSE: Freely choosing not to exercise a right 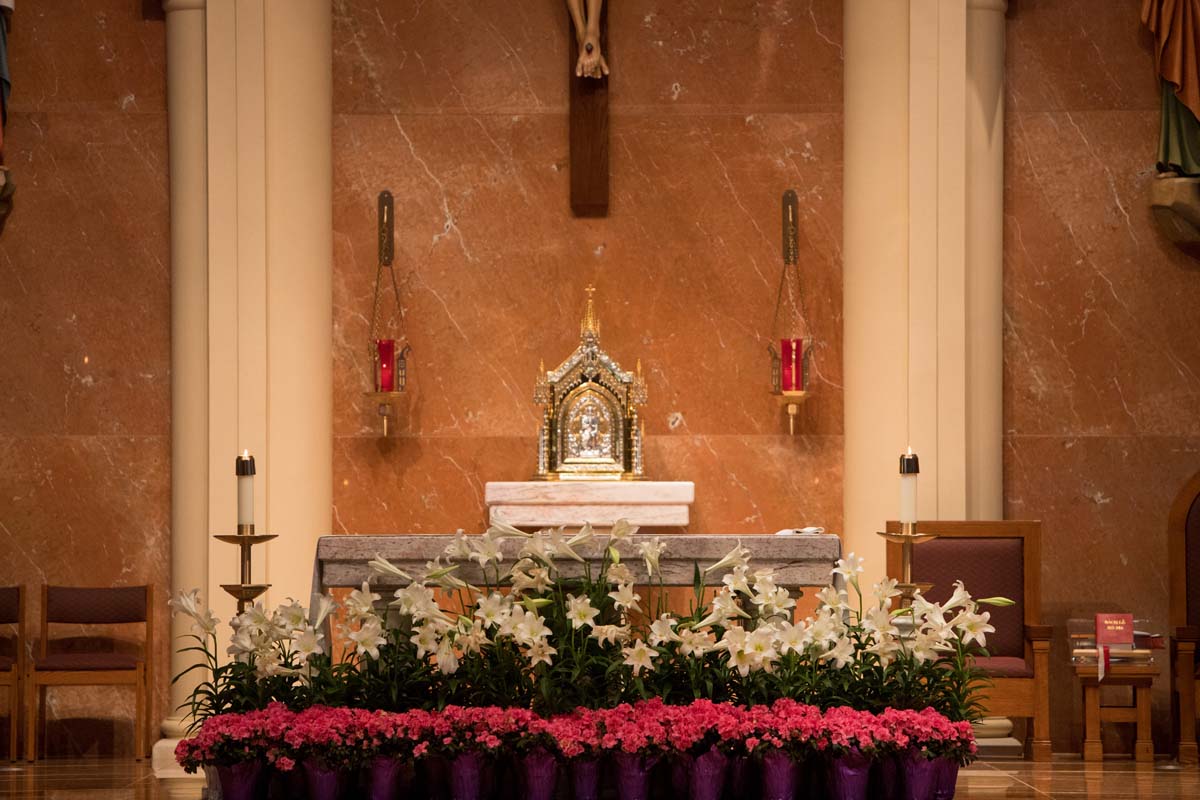 In St. Paul’s first letter to the Corinthians, he addresses issues specific to that community, including one that today seems outdated. However, Paul’s response is grounded in a theology that is general and wide-reaching, which I believe we need to hear today.

Beginning in Chapter 8, Paul addresses two concerns regarding the eating of meat. On the one hand, some social events are apparently taking place within the sanctuaries of the pagan gods, perhaps even in the context of pagan religious festivals. On the other hand, even the meat sold in the marketplace for use in private homes seems to have at least nominally been associated with sacrifice to the pagan gods, associating nearly all meat to pagan worship. The basic question is whether a Christian can partake in such meals. Within the community, there are those who came down on both sides.

The argument put forward by those who believe it permissible is sophisticated: the true Christian knows that there is no god in all the world except the Lord, who is the one true God and Father of all. Therefore, the idols contained in the pagan sanctuaries are nothing more than pieces of wood and stone. Sacrifices “offered” to them are ultimately meaningless and do not, in reality, change anything. Therefore, the Christian can in clear conscience partake, for the meat is only meat. Paul concedes this point and concludes that one can, in fact, “eat anything sold in the market, without raising questions of conscience, for the earth and its fullness are the Lord’s” (10:25-26).

He does not, however, leave the matter there. He is concerned with the good of the entire community. “Make sure this liberty of yours in no way becomes a stumbling block for the weak” (8:9). For even as he acknowledges the correctness of the conclusion, he recognizes that there are those of less understanding who, seeing Christians seeming to participate in pagan worship, are shaken in their faith. For this reason, Christians have a responsibility to modify their legitimate behavior for the good of others.

To further emphasize this, Paul gives another example in Chapter 9. He claims that he has the right to be supported financially by the community to whom he is dedicating his ministry (9:3-12). He then points out that he has freely chosen not to exercise this right, instead choosing to support himself and endure hardship and sacrifice. He writes that he does so to “win over as many as possible” (9:19). The implication is that were he to accept financial support from the Corinthian community, which he has a right to do, there might be some who would question Paul’s motivations to the hindrance of their conversion.

Based on this example, Paul counsels the Corinthians that though they are, in fact, free to eat whatever they want, this freedom is not unconditional. “Everything is lawful, but not everything is beneficial. Everything is lawful, but not everything builds up. No one should seek his own advantage, but that of his neighbor” (10:23-24).
This is the challenging point for us to hear today. Christians have a responsibility to temper the exercise of their rights in light of the needs of others.

This is challenging because the dominant cultural ethos in Texas today presupposes that individual rights are very nearly absolute. Suggestions that an individual not exercise a right are perceived to be a curtailment of the right itself. Yet this is precisely what Paul advises.

We have a responsibility to think about the needs of others and to work for the common good, even if it means voluntarily forgoing something legitimate. As we live our lives, let us always remember that as Christians, we have a responsibility to ask not only “What should I do that is best for me?” but rather “What is best for us and how do I best work for the common good?”

Brian Garcia-Luense is an associate director with the Office of Evangelization and Catechesis.