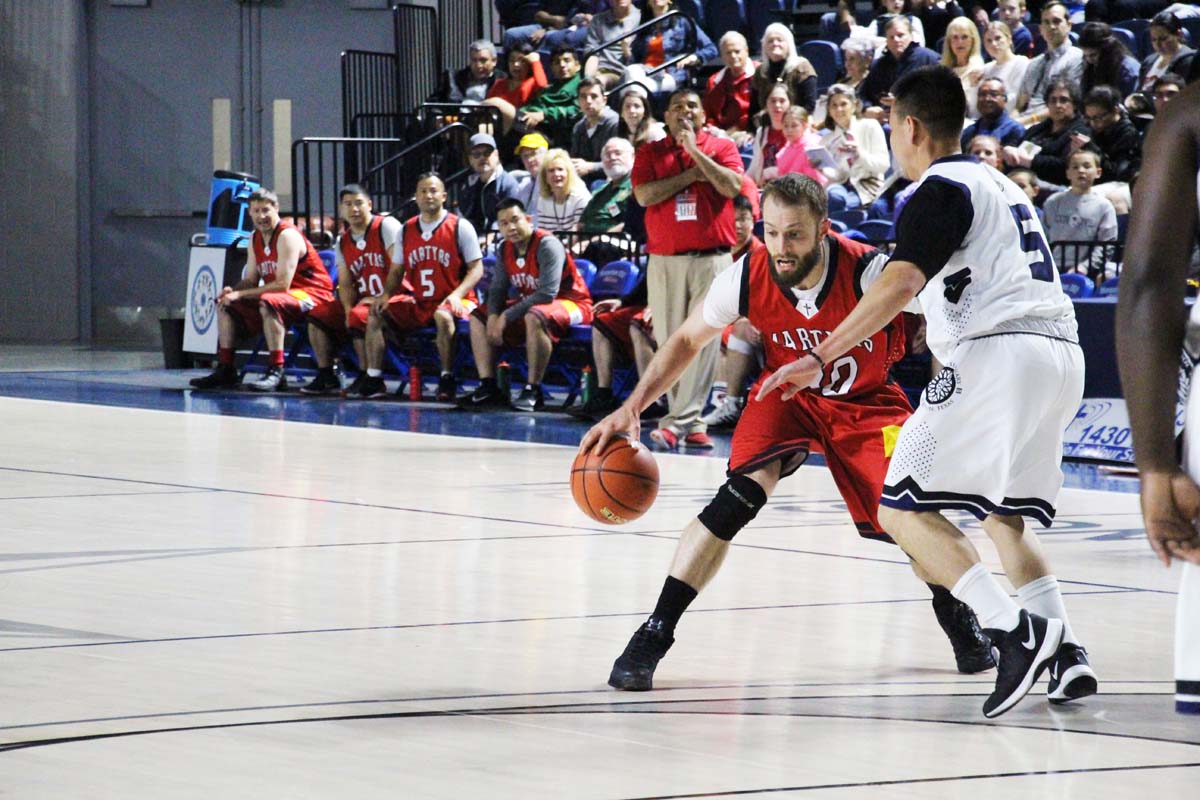 The fifth annual Priests vs. Seminarians Basketball Game will honor Father Ryan Stawaisz, a priest and former player who died in 2021. The game is set for April 29 at Rice University’s Tudor Fieldhouse. For tickets, visit www.houstonvocations.com/events. (Photo by Catherine Viola/Herald)

HOUSTON — Would anyone ever come to see a basketball game where priests play against seminarians?

Five years ago, an astonishing 2,600 spectators filled the stands at Strake Jesuit College Preparatory School’s gymnasium for the inaugural event in 2017.

And an epic Game 5 is coming up. On April 29 at 7 p.m., excited spectators will see the two sides face off at Rice University’s Tudor Fieldhouse, where seating can accommodate 5,900.

The game is organized by the Office of Vocations of the Archdiocese of Galveston-Houston, led by its director, Father Richard McNeillie.

A win by the seminarians could send a message that the priests are starting to get a little long in the dribble, which is to say they are getting older.

What inspired the yearly game was two-fold.

First, priests who are athletes still enjoy physical sports and want to keep it in their lives. The 11 members of the Martyrs team represent multiple religious orders, and each publicizes the games through their parishes as exciting fun for the entire family.

Attendance is often multi-generational, and the language is fit for even the most tender young ears.

Tickets on sale now
Ticket sales began on March 19. They range from $4 to $90 and can be purchased here. So, how close to the action do you want to be?

Proceeds will be used to pay for the venue. Any remaining funds will go to the Office of Vocations.

Since 1968, the Theology Department of St. Mary’s Seminary has served as the Graduate School of Theology at the University of St. Thomas.