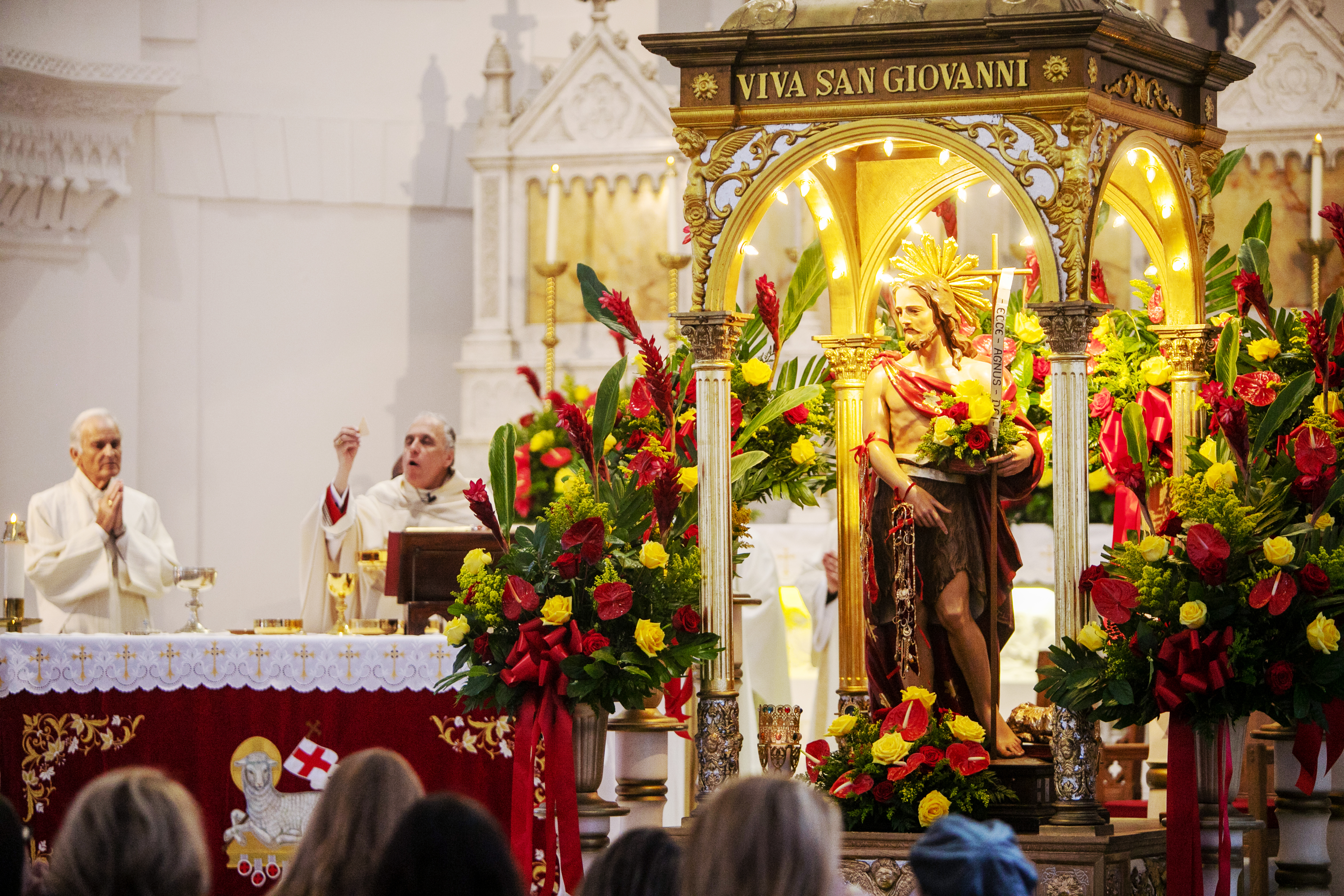 Daniel Cardinal DiNardo elevates the Eucharist during Mass near a statue of St. John the Baptist encircled with red and yellow flowers to honor the saint’s nativity. Above, at right, men in red clothing carry the statue down the aisle of Sacred Heart in Galveston.  (Photos by James Ramos/Herald)

GALVESTON — For more than 60 years, dozens of Italian-Americans on Galveston Island gathered at Sacred Heart Catholic Church of Holy Family Parish in Galveston to honor the Nativity of St. John the Baptist on June 23, the day before the actual feast.

Daniel Cardinal DiNardo celebrated Mass, along with other clergy, including Father Richard McNeillie, Archdiocesan director of Vocations, and Father Jude Ezuma, pastor of Holy Family parish, with the Italian-American community that has carried on this tradition for generations, including this 65th celebration.

The annual Mass concluded with a procession around the iconic Galveston church. Many wore red bandanas over their shoulders that bore the stitched image of the Paschal Lamb. Under Sacred Heart’s vaulted white ceilings, men carried a banner with the image of St. John the Baptist throughout the church as fireworks went off outside to celebrate the saint’s birth.

Much of the gathering, from the flowers, the statue, the red-colored clothing, sky-high fireworks and Italian cheers, mirror the same annual celebration in Aci Trezza, Italy.

The annual event carries a Sicilian tradition of honoring St. John the Baptist for his intercession during a storm that endangered the Sicilian fishing village of Aci Trezza that spared the lives of the villagers. The survivors promised to honor the saint in thanksgiving for their miraculous survival with a celebration.

The Galveston events were inspired by this Sicilian tradition that proclaims every year in faith and in Italian “Viva San Giovanni!”