Galveston-Houston readies for historic hurricane, first in 10-plus years 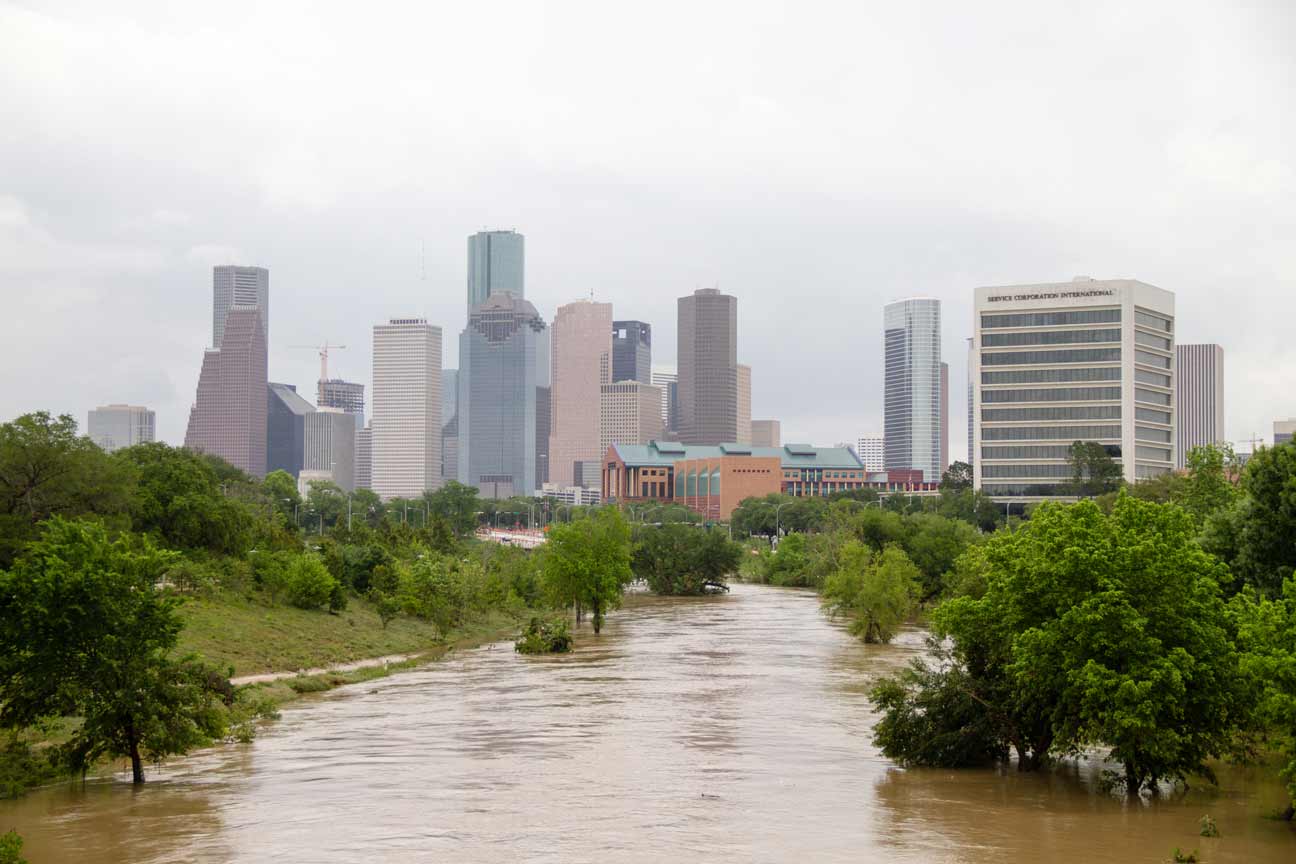 Houston's skyline is seen near a submerged Buffalo Bayou Park after massive flooding in 2016. Photo by James Ramos/Herald.

FRIENDSWOOD — Hurricane Harvey is bringing up memories of the last major storm that aimed for the Texas Gulf Coast.

Almost 12 years ago, Hurricane Rita churned through the Gulf of Mexico, aiming straight for the Texas coastline. While Houston escaped most major damage after landfall, the massive Category 3 storm brought weeks without electricity, winds more than 100 mph and mass evacuation headaches for the Greater Houston area, including Carla Martin.

Like Martin, the Archdiocese of Galveston-Houston is preparing for Hurricane Harvey, as well as a number of other incidents that the Catholic community in Houston may face. Hurricane Harvey was expected to make landfall on the mid-Texas coast the night of Aug. 25, then stall and drift over the weekend of Aug. 26 and 27, according to the National Weather Service. By late afternoon Aug. 25, it was upgraded to Category 3.

► www.ReadyHoustonTX.gov - Online videos, plans and tools to prepare for emergencies.

The storm is estimated to bring 10 to 20 inches of rain to the Texas coastline, and winds up to 110 miles per hour. The National Hurricane Center said the historic storm will bring "catastrophic and life-threatening flooding" with "heavy rainfall of 15 to 25 inches, with isolated amounts as high as 35 inches, through Wednesday" and a "life-threatening storm surge" of 6 to 12 feet.

On Aug. 23, Texas Gov. Greg Abbott declared a state of disaster for 30 Texas counties, including Austin, Brazoria, Fort Bend, Galveston and Harris counties -- each located in the archdiocese -- due to the threat of imminent disaster posted by Hurricane Harvey. Grocery stores throughout the region were slammed with shoppers gathering last-minute basic supplies in anticipation of the worst.

The Harris County Office of Homeland Security and Emergency Management was calling the storm a "dangerous flooding event for most of (Harris) county, if the forecast holds." Houston Mayor Sylvester Turner posted on Twitter: "It never hurts to say a prayer for our city and for those in the path of the storm."

To prepare for events like Harvey, parishes were invited to experience a hurricane scenario and explore their own policies and procedures step by step at workshops throughout the year.

Archdiocesan offices, including the Offices of Risk Management and Human Resources, as well as emergency officials from around the Greater Houston area, were on hand to provide resources and help parishes identify weaknesses and develop strengths of parish emergency plans. These meetings happen annual to help Catholic communities prepare for the unexpected.

Focusing on continuous improvement, Kirk Jenings, the director of Risk Management and Emergency Operations, said, “The key point of this exercise is that it is a great opportunity to learn about our (emergency operations) plan and develop our strengths in planning and communication.”

Hosted by Mary Queen Catholic Church in Friendswood, the workshop was facilitated by the Texas A&M Engineering Extension.

At least 60 people, many parish staff, some pastors and even parishioners, from across the Archdiocese like Holy Family Parish of Galveston and Bolivar, St. Ignatius in Spring, and Our Lady Star of the Sea, attended the event.

The scenario was delivered through a media presentation featuring a series of hurricane graphics provided by the National Weather Service - League City depicting the storm’s path, size and intensity.

The presentation helped Martin gain a better understanding of her staff’s readiness for a hurricane and how to better prepare for the next one.

“The old plan did not start early enough in the process,” she said. “We must start earlier in the process, identifying needs to be done prior to evacuation.” Parishes in close proximity to the coastline, like Mary Queen, can be especially vulnerable to severe weather patterns.

“We encourage parishes with well-developed disaster committees and plans to share their knowledge with parishes that seek to improve their organization and plans,” Jenings said. “Our goals are two-fold. We desire to reach an optimal level of preparedness at both the parishes, schools and the chancery, and we want to resume normal operations as soon as possible following and event. Everyone in our local community, including our parishioners, needs to understand the potential impact a hurricane or other similar event will have upon the community and them as an individual.”

Jenings encourages parishioners to develop plans to address their own needs before, during and after a major event like an hurricane. He recommends using the many resources available to parishioners within the local community and at a national level, suggesting www.readyhoustontx.gov for those who reside in the local region.