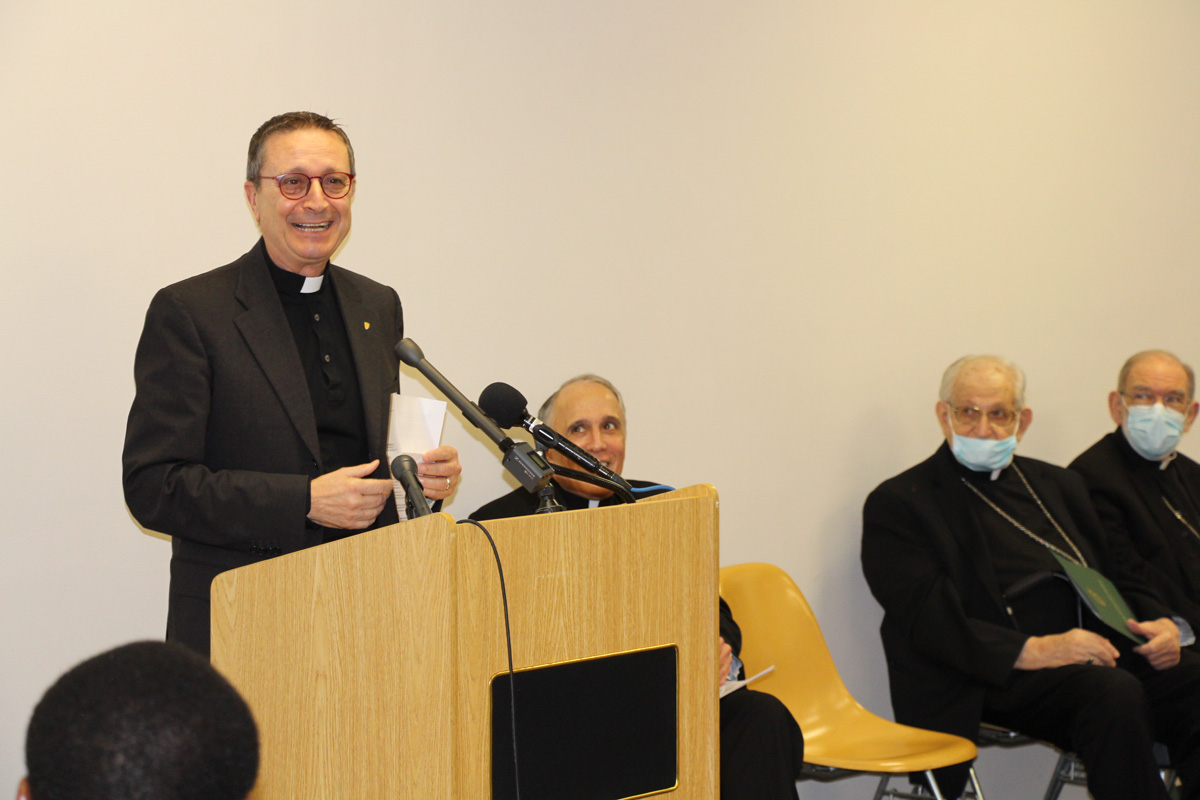 Above, Bishop-Elect Italo Dell’Oro speaks during a press conference about his appointment as the Archdiocese’s new auxiliary bishop in Houston on May 18, while (left to right) Daniel Cardinal DiNardo, Archbishop Emeritus Joseph A. Fiorenza and Auxiliary Bishop George A. Sheltz look on. Appointed an auxiliary bishop of Galveston-Houston by Pope Francis on May 18, Bishop-Elect Dell’Oro said he looks forward to continuing to bring a message and presence of hope of the Gospel to the people of the Archdiocese. Below, Bishop-Elect Dell’Oro anoints the head of a confirmation candidate during a celebration of the Sacrament of Confirmation. He said he was humbled by his appointment as Galveston-Houston’s newest auxiliary bishop. (Photos by Jonah Dycus/Herald and Michelle Eisterhold)

HOUSTON — A priest for almost 40 years — 30 of those in the Archdiocese of Galveston-Houston — Father Italo Dell’Oro, C.R.S. was named auxiliary bishop for the Archdiocese by Pope Francis May 18. 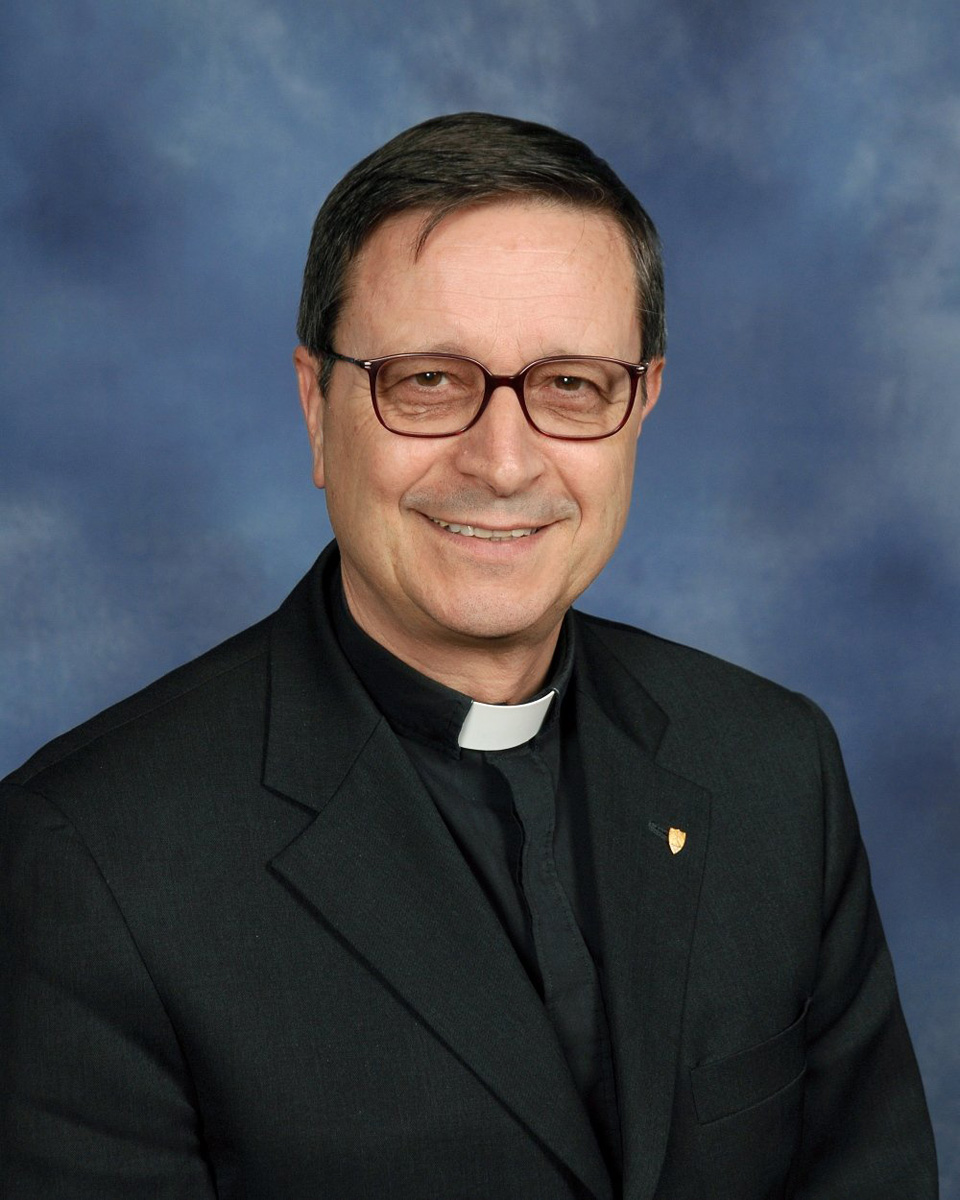 “I did not think I would get emotional. That’s not in the script,” he said to chuckles from a media conference crowd that also included Cardinal DiNardo, Archbishop Emeritus Joseph A. Fiorenza, Auxiliary Bishop George A. Sheltz and his Somascan brother priests.

“I feel fortunate and blessed to be ministering in such a wonderful and beautiful reality,” said the trilingual speaker of English, Spanish and Italian.

Bishop-elect Dell’Oro said he saw that diversity also reflected in the priesthood he encountered daily as vicar for clergy.

Cardinal DiNardo said, “In all of his years in Galveston-Houston, Bishop-elect Dell’Oro has been a genuine, pastoral presence to the many people and cultures of our great region, along with being a mindful ambassador to the wonderful religious orders and communities in the area.”

The Somascan Fathers, officially recognized as Clerics Regular of Somasca C.R.S., began in 1568 when St. Jerome Emiliani began serving the poor and taking care of orphans and abandoned youth.

The Somascan Fathers were called to Houston in 1989. A few years later, in 1992, Archbishop Emeritus Joseph A. Fiorenza would invite the future Bishop-elect Dell’Oro to his first Christmas meal in Houston. 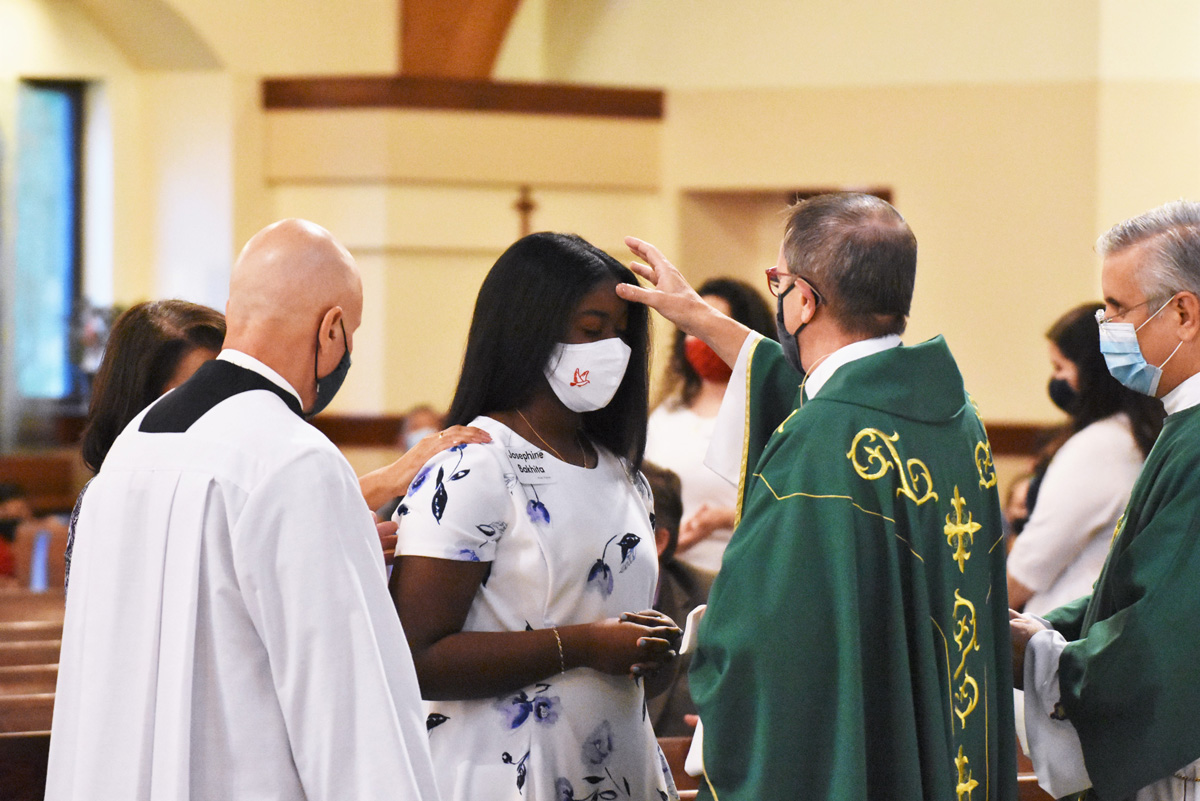 In 2001, he served as director of vocations for the Somascan Fathers in Houston before taking on the role of formation director in 2014. From 2005 to 2012, he also worked as director of the ministry to priests for Galveston-Houston.

The Bishop-elect had recently served as vicar general in 2021 and, since 2015, served as vicar for clergy and the secretariat director for Clergy Formation and Chaplaincy Services.

By 2005, the Bishop-elect was appointed to Archdiocesan director of Ministry to Priests.

“Archbishop Fiorenza involved me in priestly ministry in 2005. I love the priesthood, and I joyfully accepted that particular ministry,” Bishop-elect Dell’Oro said.

“Since 2006, I have been serving the local Church under the leadership of Cardinal DiNardo, to whom I am immensely grateful,” he said. “I have observed his clarity of mind and his pastoral approach to our brother priests.”

He said he always felt that Archbishop Fiorenza was his mentor, alongside Cardinal DiNardo and Bishop Sheltz, commending him as “a man of integrity” and an example of “humble service.”

He also gave thanks to his roots.

“I owe who I am to my blood family — my deceased parents and my two sisters and friends back home; and my mountains as well,” he said.

Before coming to the flatlands of Houston, Bishop-elect Dell’Oro was an avid rock-climber and mountaineer during his teen years and young adulthood. Now turning 68 on June 20, he first thought of the possibility of becoming a priest when he was 15, but his “vocational restlessness” finally grew to the point where he had to follow his calling.

He credited a young priest who came to his home parish when Bishop-elect was only in eighth grade. 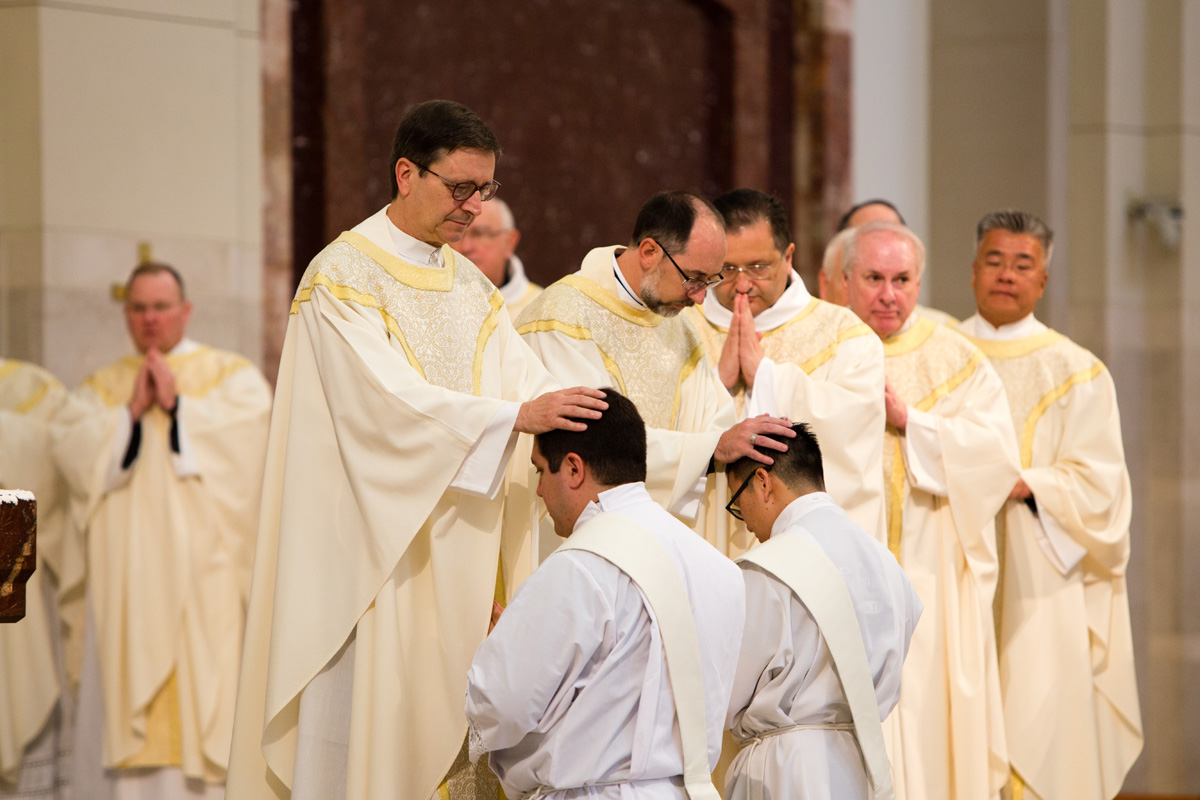 He said another good friend urged him to make a decision about his vocation.

“He was with the Somascan Fathers. Well, in the end, I knocked at that door, and it opened,” he said. “I certainly intend to continue to learn from many, but also to get back to work in order to serve this Archdiocese — my Archdiocese — at the best of my capacities.”

Just ahead of the Pentecost feast, he invoked the Holy Spirit to lead and guide his heart, mind and whole being as auxiliary bishop.

“Eventually, Pope Francis heard my name and made this decision,” he said. “Truly confused and humble, I look forward to serve the Church in communion with her bishop and Pope Francis.”

Bishop-elect Dell’Oro said he hoped to continue to share a message and presence of hope to those in the Archdiocese, especially to the Hispanic and Latino communities, among the fastest growing in the nation.

“The main message that we have ... is the message of hope,” he said. “I’m absolutely convinced that what we proclaim is the good news.”

Officials said plans for Bishop-elect Dell’Oro’s ordination date were being finalized. A recording of the announcement is on the Archdiocese’s website at www.archgh.org/live. †