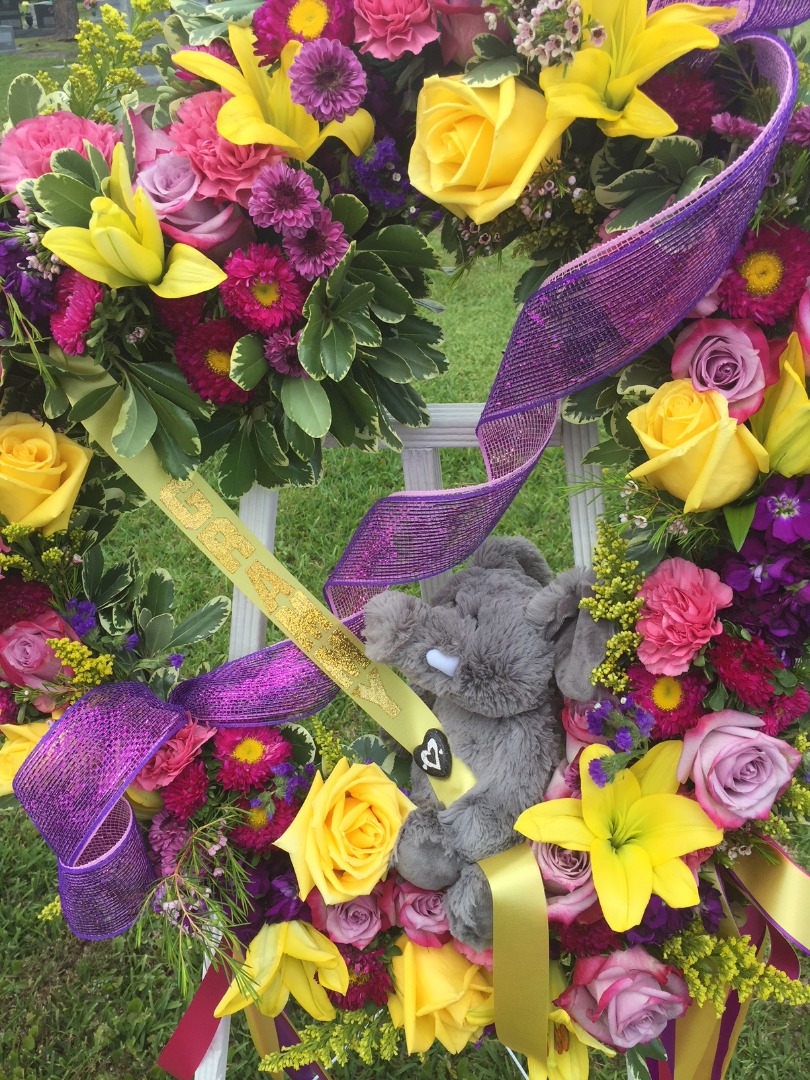 SANTA FE — The Santa Fe community both mourned and celebrated three of the heroes buried May 25th who lost their lives while standing strong facing evil acts that gunned them down.

Cynthia Tisdale, a substitute teacher who had granddaughters attending the high school, was buried at the Archdiocese’s Mount Olivet cemetery on what would have been her 64th birthday.

Christian Riley Garcia, a 15-year-old who dreamed of enlisting in the Army, and Christopher Jake Stone, a 17-year-old football player, both died trying to save fellow Santa Fe High School students from gunfire. They held a door closed to give students time to hide or flee, but both were killed when the gunman shot through the door.

At League City’s Bay Area Church, at least 800 mourners paid tribute to Tisdale, described by her son as “a person who lived to help those in need.”

Smoothly reading the words of love and loss, his voice only cracked when he read what his fellow detective wrote to his mom: “I wish I could have been there the day you needed me.”

A granddaughter, Kayla Tisdale, addressed the crowd about how her beloved “Grammy” took her to weekly physical therapy appointments after she was injured in an accident. “Her support, love and encouragement are part of the reason I’m walking again,” she said.

After the service, Tisdale’s casket, adorned with pink and yellow roses and lilies, was escorted by a procession of police SUVs and the family to the Mount Olivet Catholic Cemetery in Dickinson for a private burial. Ribbons in green and gold, for the school colors, adorned the pine trees lining the drive into the cemetery.

Tisdale, who was born in Thibodaux, La., stayed home and raised her children while her husband worked and ministered at a local Baptist church. Deeply religious, she attended First Baptist Church in Webster and later worked various jobs until her husband started his own pest control business.

After Tisdale’s husband, William Recie Tisdale Sr., was diagnosed with idiopathic pulmonary fibrosis, a degenerative condition that scars the lungs, she returned to work in the Santa Fe Independent School District.

In December, her husband was given 18 months to live but was denied a lung transplant. The family found an experimental stem cell treatment and set up a GoFundMe campaign.

By May 18, the campaign had raised only $1,215 — about $11,000 short of its goal. Then, as news spread of the shooting, strangers from across the nation and the world wanted to help and nearly $144,600 had been raised for the stem cell treatment — and perhaps a lung transplant. A month later, the campaign reached its goal.

“We are still in such disbelief that anything good can come out of such a horrific event,” Recie Tisdale wrote on the site. “My mom always made good come out of bad situations though and this is no different for her.”