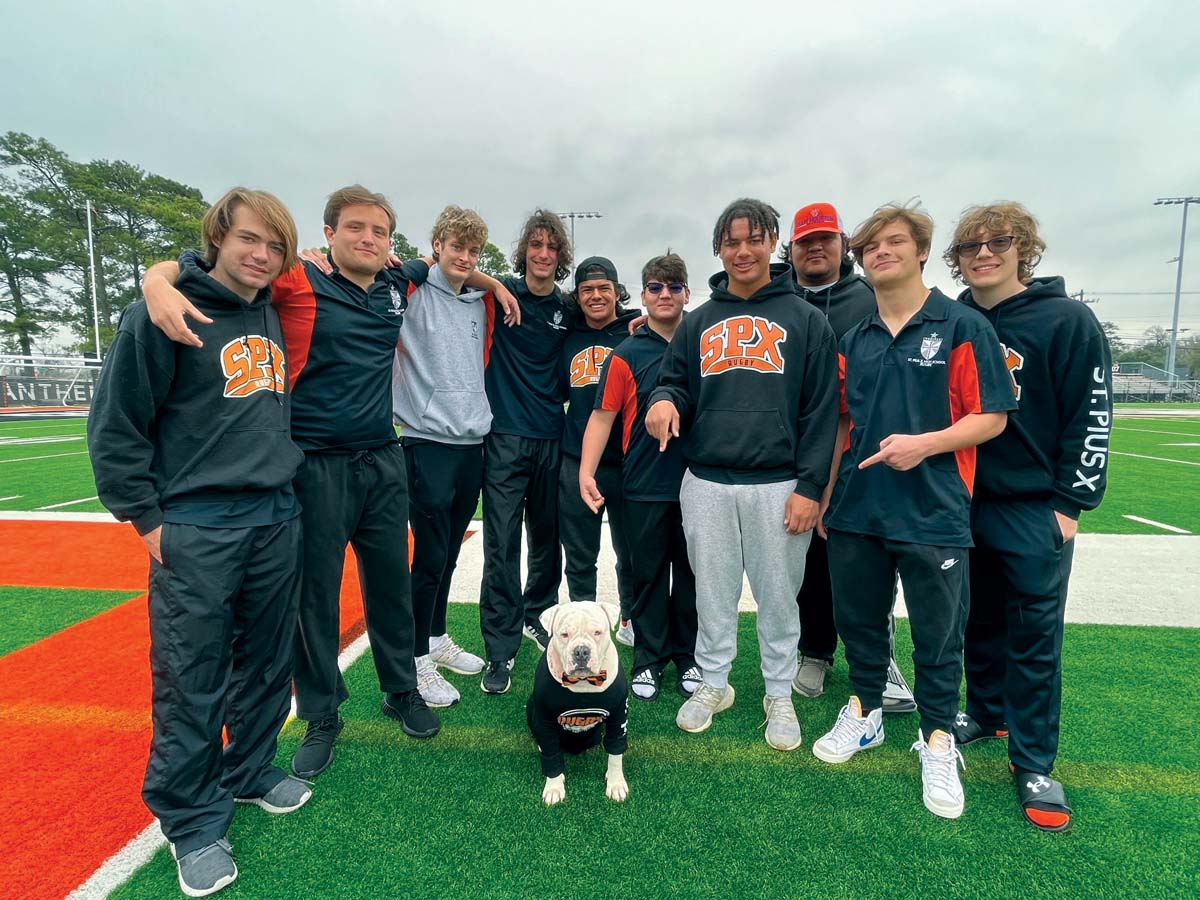 HOUSTON — A month ago, during a routine practice, the St. Pius X High School rugby team encountered a stray dog in a park.

“You could tell he was a stray. He was looking around for food. He was dirty when we saw him, but he was friendly with us right away,” said senior student Grant Stringfellow.

After playing with the dog for a short while, the rugby team watched as it wandered into a nearby yard, where two other dogs chained in the yard began to get aggressive.

Team member Burke Battenfield said, “There was no fence around the house. He went over there to make friends with them. He thought they were friendly too, but they started attacking him.”

While they were shocked, the boys stepped in and got the dog to safety when the owner of this house did little to pacify the situation. Burke contacted his sister with the Animal Justice League. The boys fell in love with the dog almost instantly and named him “Buster.” 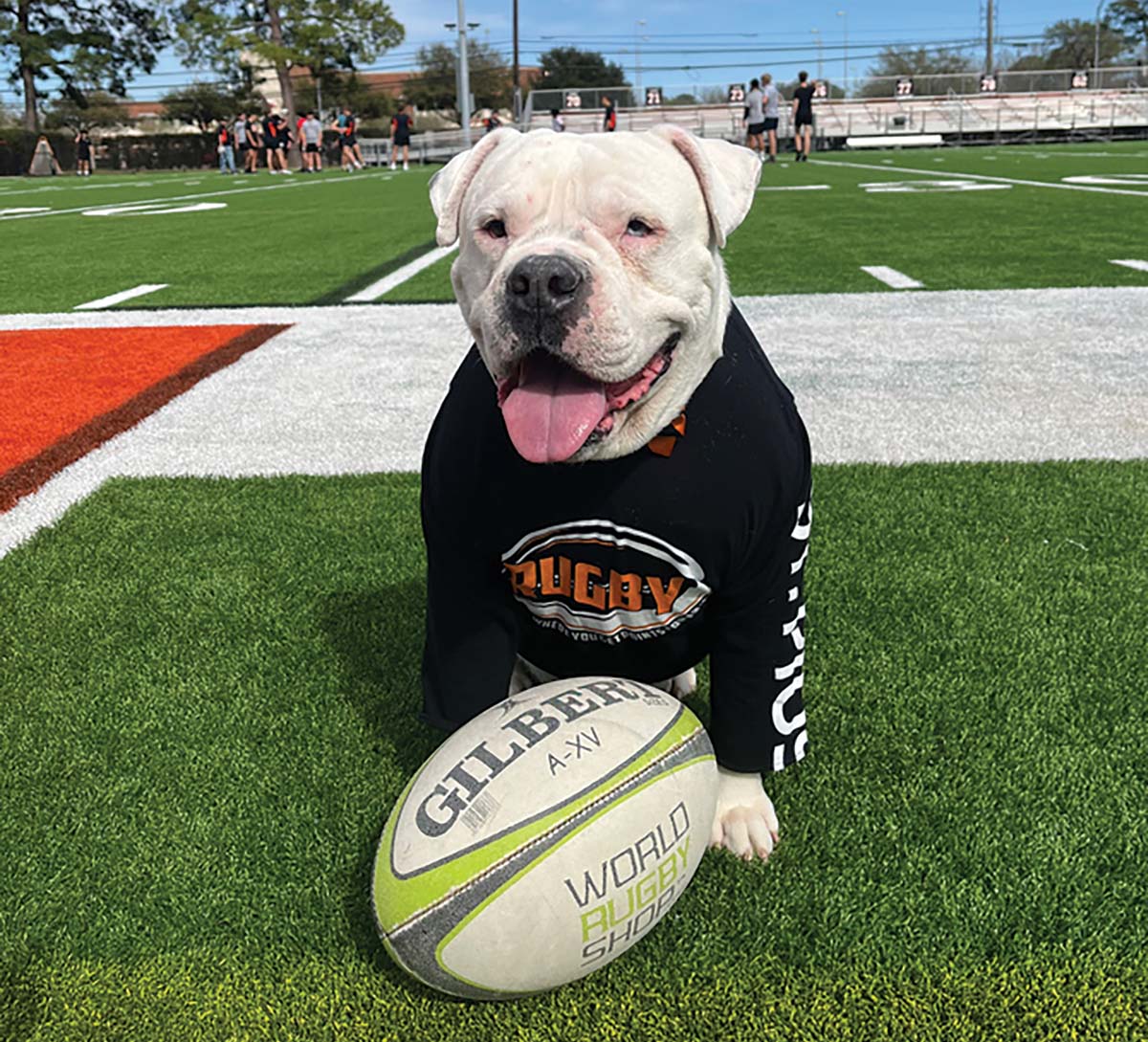 “This is a volunteer-driven organization that helps address fostering for dogs and cats,” said Maggie Munyon, director of communications for St. Pius X High School.

“They got hold of them, and they helped provide guidance and support as the boys wanted to get Buster medical attention,” she added. “They took him to a 24-hour hospital, got his wounds taken care of, and then worked with the Animal Justice League for guidance on fostering. Now, (team member) Grant Stringfellow, his mother and his family have taken in Buster and are currently fostering him.”

Videos on social media shared by the school showed Buster laying on a field of grass, bleeding from a deep wound.

At games, the rugby team has united around the chant “For Buster!” before their games and declared him their official team mascot. He has won the hearts of many in the Houston community and has become a local celebrity in the St. Pius X High School community.

“It’s really special,” senior rugby player Hayden Llorens reflects. “He’s a fighter. We’re fighters, so we are all just trying to stay in the fight and win.”

The team, now joined by their four-legged mascot Buster, has two more games left in their regular season, both played at Parsley Field at Kubiak Stadium in Houston.