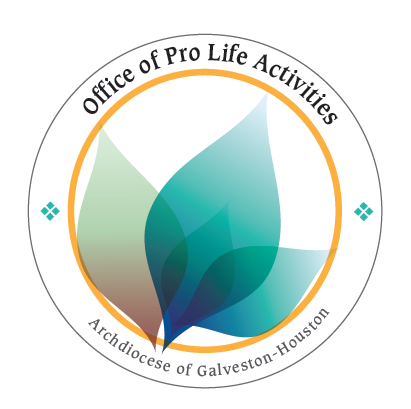 Editor's Note: Part one of this two-part series explored the consequences of the Alfie Evans case. This goes deeper into other cases of vulnerable populations.

Last week, 104-year-old Australian scientist David Goodall ended his life in a Swiss clinic by ingesting a lethal drug cocktail. Goodall was not terminally ill, nor was he suffering from chronic disease beyond limitations to mobility and eyesight associated with advanced age.

Despite relative good health, Goodall, as reported by CNN, decided his life had become “not worth living” in his last years as he became less independent. In a nod to Goodall’s “autonomy,” CNN reported the scientist had died on his own terms, passing away while listening to “Ode to Joy.” Pointing to Goodall’s quip that he was “aging disgracefully,” the news network noted that the scientist had “lost none of his sense of humor.”

There is in fact little to amuse in Goodall’s story and it exposes how our society frequently (de)values the lives of the vulnerable.

We last examined the case of Alfie Evans, the British toddler who suffered from an unknown neurodegenerative condition.

At first glance, there might appear little to connect Goodall, a competent adult choosing to end his life by ingesting lethal drugs, with a toddler whose parents were precluded from seeking continued care. Yet both cases demonstrate an increasing acceptance of the idea, not only that life lacks value if accompanied by suffering or disability, but also that one may (or should) end life once a certain “unhappiness threshold” is reached.

While Evans’ case was complicated by the fact that effective treatments were unavailable, in the U.S., even effective treatments are sometimes withheld from the ill or disabled. It is frequently difficult to avoid the conclusion that this withholding is motivated, in part, by a devaluing of the lives in question. Two cases are illustrative.

In the northeastern U.S., infant Kaylee was diagnosed with a heart defect during prenatal ultrasound. Kaylee’s parents were advised their daughter’s condition was fully correctible through routine surgery.

After Kaylee’s birth, physicians performed genetic testing and determined she had Trisomy-18, a chromosomal anomaly leading to developmental delays and shortened lifespan. Kaylee’s parents were then informed she was no longer a surgical candidate. (It does not appear her Trisomy diagnosis would have rendered the surgery less successful or more complex).

Similarly, Jeremy, born at a Dallas hospital, was diagnosed prenatally with a potentially fatal genetic condition. At several weeks old, Jeremy was readmitted to the hospital with breathing difficulties where his medical team declined to provide routine treatments readily given to other children.

Fortunately, Jeremy’s mother obtained treatment for him and he is now approaching his third birthday. Yet in both cases, it is difficult to avoid the conclusion that treatment was withheld because of the children’s genetic diagnoses – and the apparent presumption that these conditions made their lives less valuable.

Last month, Hawaii became the seventh U.S. state to legalize euthanasia (activists prefer “physician-assisted suicide” or “medical aid in dying”). Five of those states legalized the practice in the last four years and 20 other states will vote on the practice during their 2018 legislative sessions.

Advocates defend euthanasia as necessary to achieve “death with dignity,” arguing it allows the sick to avoid unbearable suffering and take personal control. These claims do not hold up to scrutiny. Many who find themselves subject to euthanasia are not in fact autonomous, but are, like Evans, Kaylee and Jeremy, the most vulnerable.

Many who find themselves subject to euthanasia are not in fact autonomous, but are, like Evans, Kaylee and Jeremy, the most vulnerable.

The same is true for Goodall, despite media descriptions of his death as the fulfillment of personal freedom. Before dying, the scientist described his daily routine this way: “At my age, I get up in the morning. I eat breakfast. And then I just sit until lunchtime. Then I have a bit of lunch and just sit. What’s the use of that?”

Like many who opt to end their lives, depression and loneliness are significant factors and, based on Goodall’s statements, may have been at play in his decisions. Physician assisted suicide and withholding of treatment are both frequently justified on grounds of compassion, seeking to end suffering by eliminating those persons who suffer. Such thinking is the antithesis of true compassion.

How might Goodall’s situation have differed if, rather than praising his autonomy in ending his life, he’d been reminded of his value to those around him and encouraged to make a different choice? Or, if he’d received simple companionship?

Many in our society are vulnerable and susceptible to being devalued. Working to implement just laws and policies (and to change those that are unjust) is important. But our day-to-day role is both easier and more crucial and begins with those we find before us.

Who in our own lives, like Goodall, might be lonely or feel they have no purpose? Who, like Kaylee and Jeremy, experience potential challenges but also have potential to greatly enhance their communities?

As we evaluate growing threats to our vulnerable populations, we can at the same time work to ensure such persons and their families are welcomed and have a place in our communities. It is in this way that we truly enhance our human dignity. †