Forming the “Face of Christ the Servant” through the Permanent Diaconate 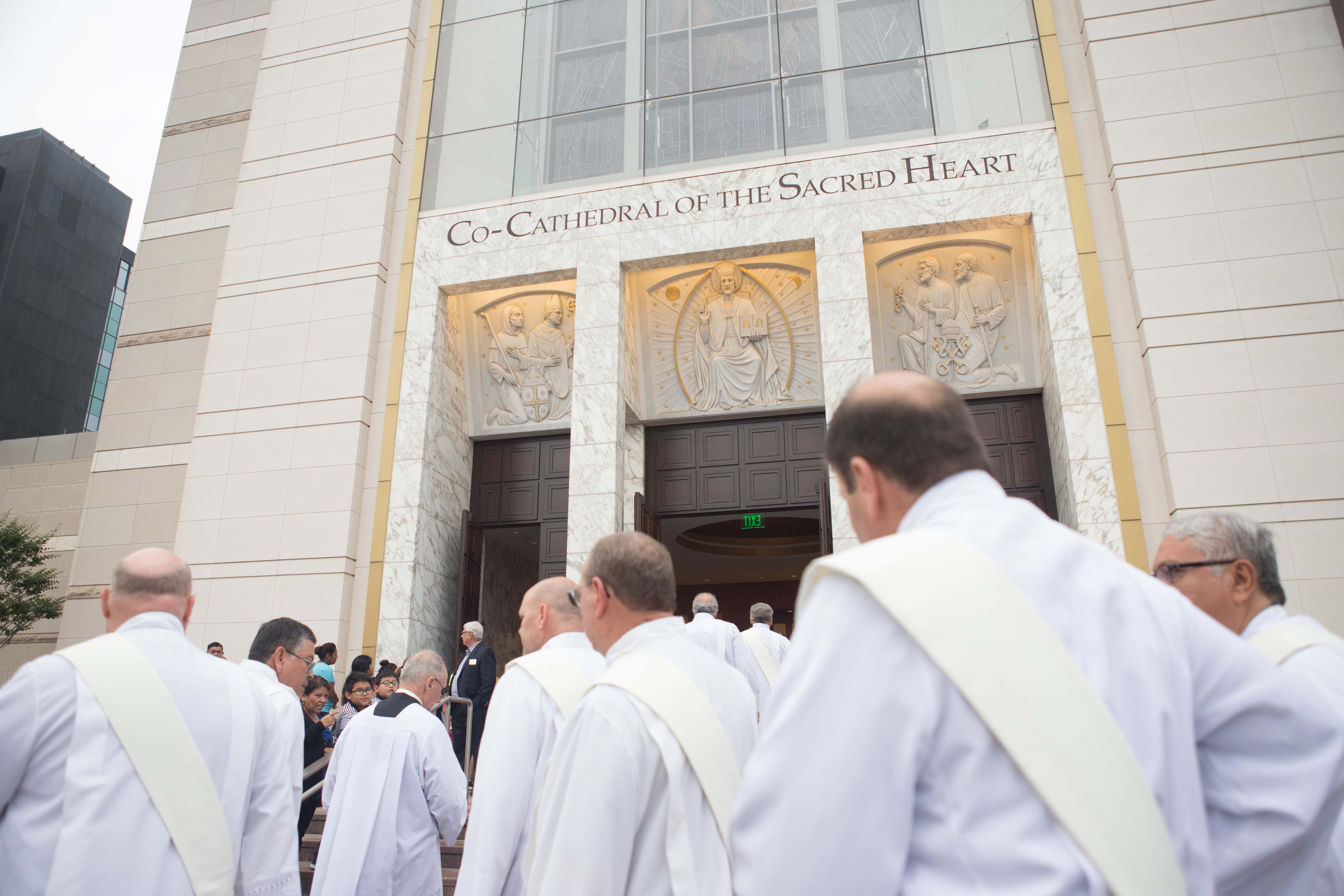 To serve the local Church within the vast geographical boundaries of the Archdiocese, the need to form more men who are called to be the face of Christ through the ministry of the Permanent Diaconate is even greater. Photo by James Ramos/Herald.

HOUSTON — To serve the local Church within the vast geographical boundaries of the Archdiocese, the need to form more men who are called to be the face of Christ through the ministry of the Permanent Diaconate is even greater.

“Within our geographic boundaries, our Archdiocese has numerous, hospitals, prisons, nursing homes, juvenile detention centers and half-way houses that need ministers of charity, in addition to parishes,” said Deacon Phillip Jackson, director of the Office of the Permanent Diaconate of the Archdiocese. “Each deacon is the face of Christ the Servant, and the need for these men has never been greater.”

According to Deacon Jackson, his life and ministry as a deacon has been very rewarding over the last 11 years. He is reminded of the quote by St. Augustine: “Our hearts are restless Lord, until they rest in thee.”

“As the director, my ministry has taken on an added dimension of ministering to the other 423 deacons and wives and families,” Deacon Jackson said. “Our mission, through the guidance of the Holy Spirit is to help form these men to be the best deacons God has called them to be. This mission does not stop once they are ordained.”

Deacon Jackson said the Office of the Permanent Diaconate, which is one of 60 ministries supported by the Diocesan Services Fund (DSF), is one of the largest formation programs in the country. Currently, there are 423 Permanent Deacons in the Archdiocese, with 227 of those actively serving in parishes and special ministries. In addition, 150 men are currently in some stage of the extensive six-year process to become a Permanent Deacon, and if completed, they will be ordained in the years 2019, 2021 and 2023, respectively.

This process begins with a series of pre-requisite educational and discernment programs prior to admission to formation for both the candidate and his wife if he is married. Once accepted to formation, there is a one-year period of Aspirancy during which the integrated program of academic, pastoral, human and spiritual formation begins. This is followed by formal admission to Candidacy for ordination and three years of continuing academic, pastoral, human and spiritual formation.

One challenge impacting the Office of the Permanent Diaconate is the increasing need for more Spanish-speaking deacons. The ministry is making efforts to encourage more vocations of men whose first language is Spanish.

“While we do not have quotas, we want to accept as many men as possible,” Deacon Jackson said. “We do, however, want to honor, respect and support the primary vocations of these men and their wives, if married, which is to be husband, father, wife and mother. Throughout the diaconal formation, we continue to monitor the dynamics of formation on the family, so this process does not create an undue burden on the family.”

Most permanent deacons are married and commit to be faithful to their wives. At the time of ordination, the permanent deacon also promises to remain celibate in the event of his wife’s death.

Deacon Jackson said the Office of the Permanent Diaconate shares in the cost of all formation instruments used in the discernment for acceptance into the six-year process.

“There are many costs associated with the formation of a man to the Permanent Diaconate, all of which is made possible by the continued and prayerful and financial support of the DSF,” said Deacon Jackson.

For those men who are discerning the call for ministry in the Permanent Diaconate, Deacon Jackson said they should listen for the whisper of the Holy Spirit.

“People may think that the diaconate is for older men who have retired, and their children grown and out of the house,” Deacon Jackson said. “We are looking for younger men. If you feel God is calling you to be a deacon, contact us; we’d be happy to visit with you.”