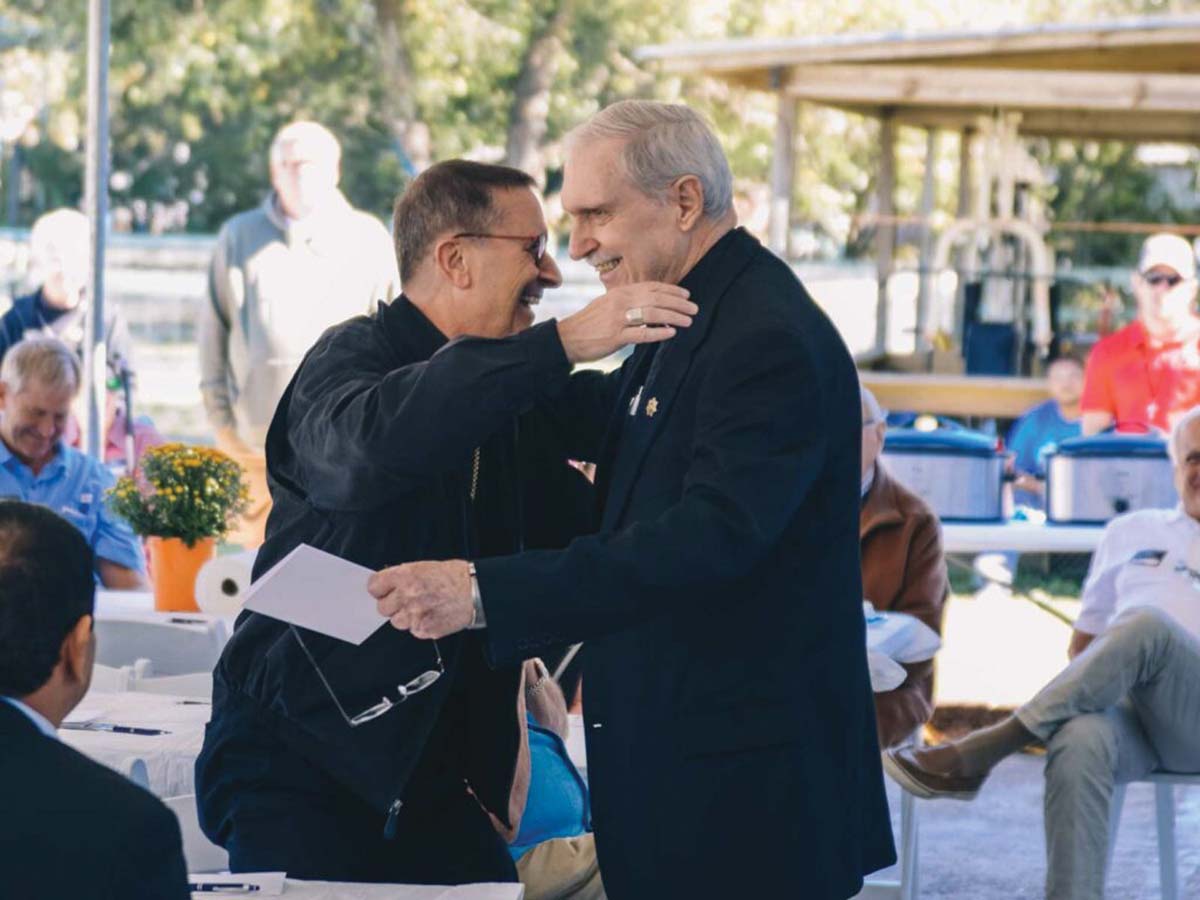 The CNC helps ex-offenders get started off on the right foot as they re-enter society by supporting residents with a solid Christian community that enables their lives to be transformed through Christ — enabling residents to rediscover the love of God, reunite with families and simply to know that they are not forgotten.

Deacon Alvin Lovelady, director of the Office of Correctional Ministries at the Archdiocese, said the Isaiah House is part of two halfway houses that Father Cloutier and Deacon Darrell Moulton developed.

“The celebration and re-dedication and blessing was to actually celebrate the 20th anniversary of the Isaiah House (Catholic New Creation). It changed its name to Christian New Creations in 2020 to open the door to other opportunities not available to it as it was formally,” he said.

Deacon Lovelady said the event turned out very well, with many of the founding members there and even some of the early offenders who went through the programs offered early in the development of the halfway houses.

“The return rate to prison for most who don’t stick with a program is about 45%. Some will say higher, but those who went through the Isaiah House program, which amounts to more than a 1,000 men, is less than 1%,” he said. “Halfway houses work if given the opportunity to and have enough support.”

At the event, CNC Executive Director Tony VanDerbur and the CNC board, led by Chairman Emeritus Ray Solcher, thanked the volunteers from the Kolbe Prison Ministries Group at St. Martha Catholic Church and Ken Wolf for making the event possible.