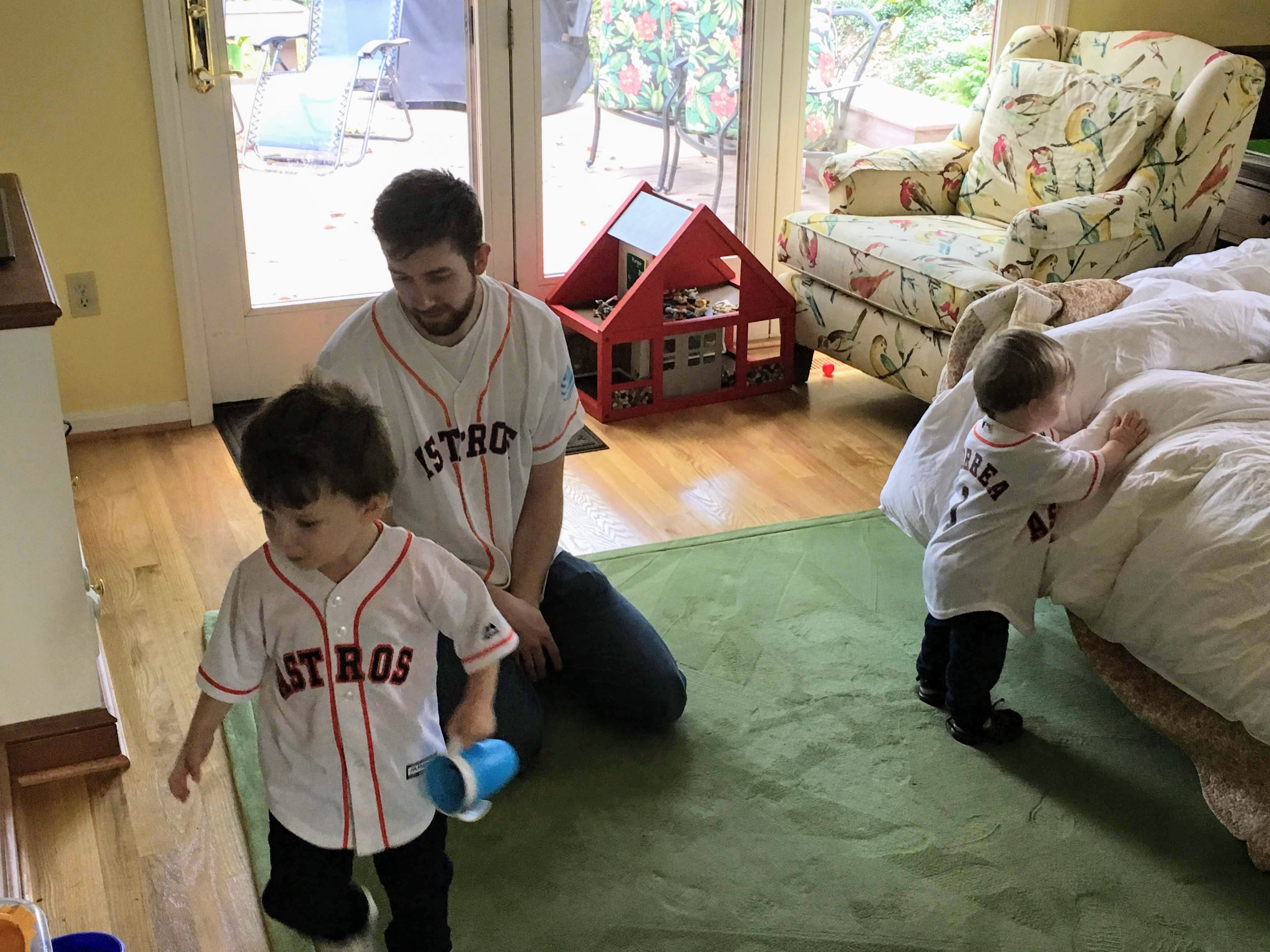 Matthew Blake plays with his two sons, all three wearing Houston Astros gear, before watching Game 1 of the American League Division Series Oct. 1 in his Pennyslvania home. Blake, a former parishioner of St. Laurence Catholic Church in Sugar Land, Texas, was a batboy with the Houston Astros for four seasons. Below, Matthew and Grace Blake are seen in a family portrait with their two sons. (Photos courtesy of Matthew Blake)

HOUSTON - At 17, Matthew Blake was living the dream of most young baseball players.

A stroke of luck got him in Minute Maid Park prepping dugouts as a teenage batboy for the Houston Astros and their visiting teams.

For four seasons, 2007 to 2010, Blake would arrange baseballs, bats and drinks inside the visiting team's dugout, assist at batting practice, and after the games, clean player cleats, clean the clubhouse and lockers and more.

Then a parishioner at St. Laurence Catholic Church in Sugar Land, Texas, Blake said being a batboy "was a ton of fun despite the Astros being really bad during those years."

Coming off the team's first World Series showing in 2005 against the Chicago White Sox, the Astros started a stretch of season losses. While most of Blake's seasons with the Astros were marked with more losses than wins, Blake got to work with some of baseball's "biggest names," like Albert Pujols, Derek Jeter and Ken Griffey Jr. 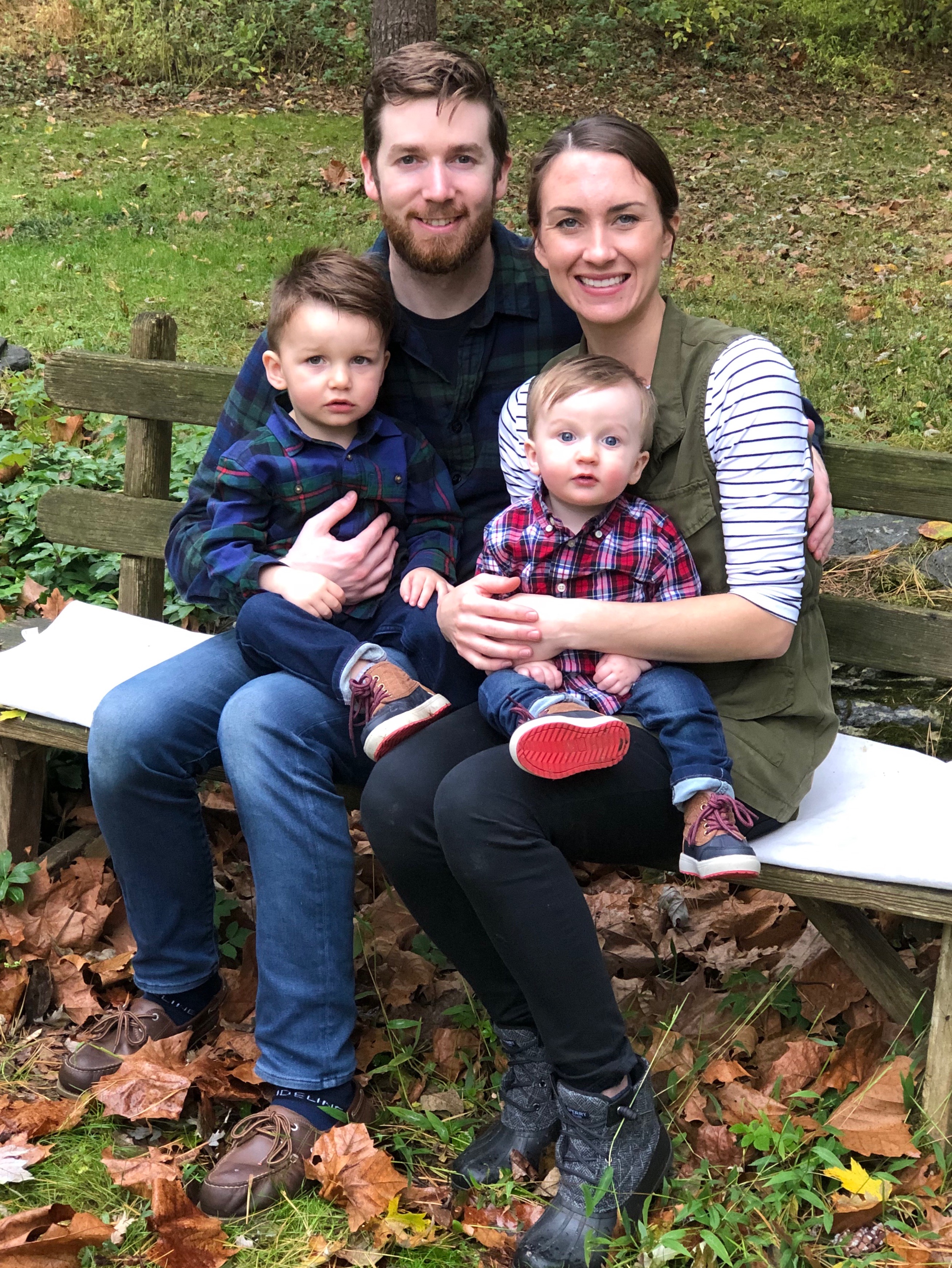 Though a "tad bit jealous," Blake is happy for the batboys now working the 2019 World Series between the Astros and the Washington Nationals. The Astros won their first World Series in 2017 in seven games over the Los Angeles Dodgers.

"It's every batboy's dream to get to work a World Series," he said. "That was my dream being down there but unfortunately missed (the World Series) by a few years. Growing up and being a huge fan, you dream of seeing your team in the World Series."

Now more than a decade later, seeing the Astros make the World Series again "almost feels a bit unreal," he said. "We have a really great team and organization overall; they deserve to be there."

Among his favorite memories are the camaraderie and relationships he built with the players. Blake became good friends with Jeff Suppan, who in his 17 years in Major League Baseball played on seven teams, including the St. Louis Cardinals and Milwaukee Brewers. He retired in 2014.

A devout Catholic, Suppan bonded with Blake, who holds a theology degree from the University of St. Thomas in Houston, over their shared Catholic faith.

When Suppan was in Houston for games, Blake would pick him up at his hotel and they'd head to Sunday Mass together before the afternoon game. The two still keep in touch today.

While now a Texas transplant living in Pennsylvania and attending Historic St. Mary's parish in Lancaster, Penn., Blake's still rooting for his hometown team alongside his wife, Grace, and two children.

When Blake was younger, he'd get "so worked up and so mad" when the Astros lost big games, so much so that "it wasn't even enjoyable."

But today, Blake said age, a maturing faith and a growing family help him keep baseball in perspective.

"The players want to win more than I want them to win," he said. "If they lose, it's because it's a hard game, they're playing a good team. From a spiritual perspective, the word I would use to describe this is detachment. The games and playoffs are much more enjoyable this way."

But on Oct. 19 at 1 a.m. Eastern time, Blake was 100% attached when Jose Altuve hit a walk-off home run to beat the New York Yankees and send the Astros to the World Series. 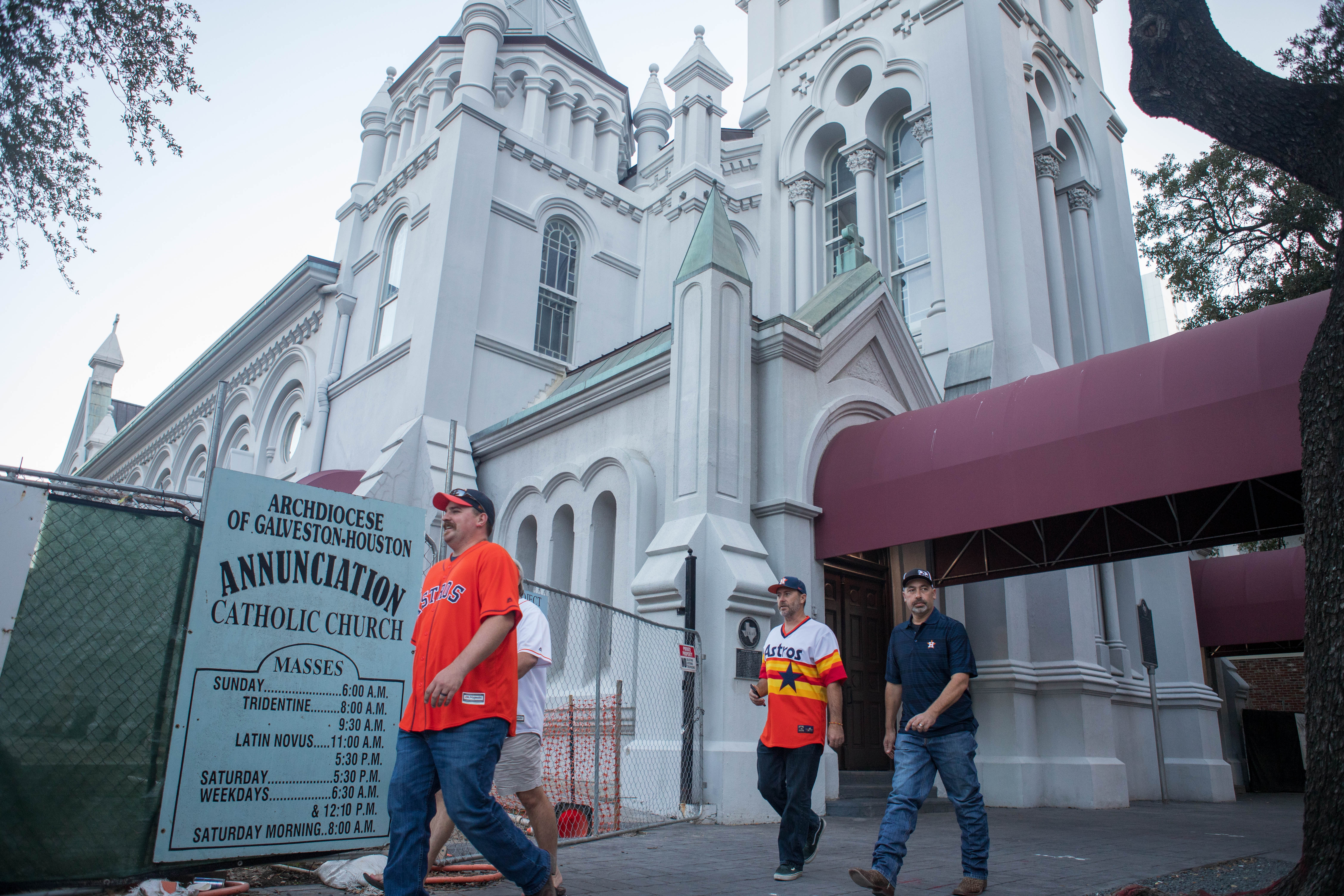 Watching the game with his father-in-law, the two experienced the "depths of despair" and "heights of euphoria" that come with baseball and the mania that can happen in seconds.

When Altuve swung, Blake jumped off his couch yelling and cheering. Then as the hit became a home run, he stopped screaming and wildly jumped up and down so he didn't wake his wife or two sleeping children.

Looking toward the rest of the World Series, Blake looks to his 2-year-old son Hosea, who has a "knack for knowing who's going to win these big games."

His son said the Astros would lose Game 1 and he was right when the Astros lost to the Nationals, 5-4, Oct. 22.

Hosea "wants to assure everyone that although hesitant, he is a 'Yeah!' for the Astros still winning the World Series," Blake remarked.