Firefighters Mass honors those who face dangers beyond blazes 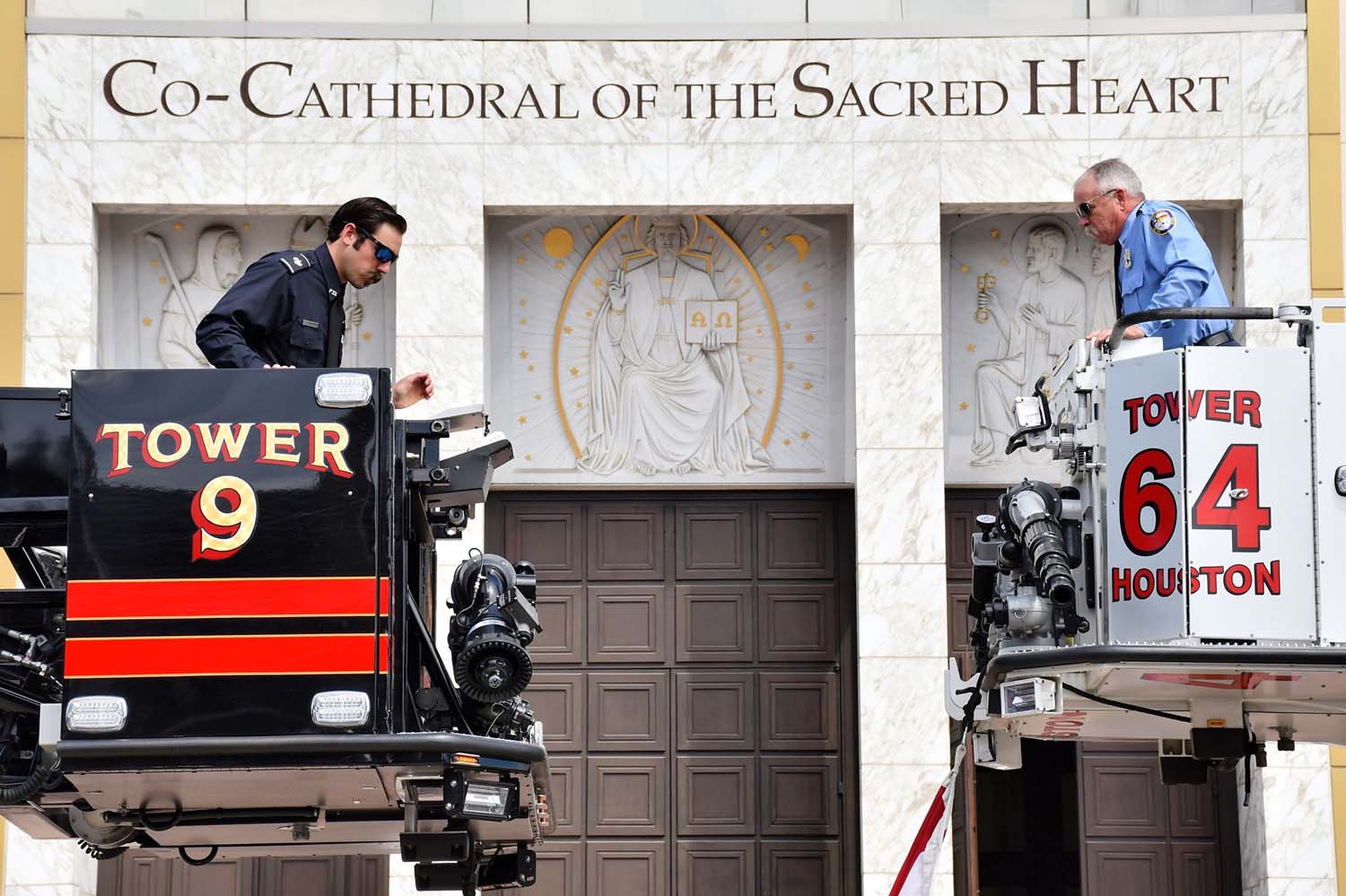 HOUSTON — Firefighters face dangers beyond the duty of handling blazes, dying of cancers and heart attacks as they dedicate themselves to protecting the lives of residents and their property.

On Sunday, Oct. 2, the Archdiocese will thank and pray for all firefighters from departments and volunteers at the Annual Archdiocesan Firefighters Mass.

The 11 a.m. Mass, presided by Daniel Cardinal DiNardo and sponsored by the St. Florian Society of the Archdiocese of Galveston-Houston, will be held at the downtown Co-Cathedral of the Sacred Heart.

“This Mass is an opportunity for all active and retired firefighters to pray together, to honor those firefighters who have passed and to have a fraternal gathering with other firefighters and their families,” said Chief Christopher Chavez, Mass organizer and Houston firefighter.

“This is a dangerous, high-risk profession. Support from family, friends and the community lets our firefighters know they are appreciated,” Chief Chavez added.

During the Mass, a special tribute will be given to firefighters who have passed in the previous year. The tribute will include a reading of the names of deceased firefighters, which will be accompanied by the ringing of bells.

This tribute includes Houston Fire Department firefighter Malcolm Willis who passed away of a heart attack at only 24 years old this past July after fighting fires in the record-breaking summer heat. Cardiac arrests account for nearly half of all on-duty deaths of firefighters, according to reports.

But cancer also takes more than its fair share. Jordan Dane Downing, who, among his firefighting duties, also served on the personal medical detail of late former President George Bush and Barbara Bush. Downing was diagnosed with cancer in 2020. He joined a clinical trial but passed away at 38 years old last Dec. 2. He is survived by his wife, son and parents.

Another duty-related cancer death, Walter Graves was a 20-plus year veteran of the Houston Fire Department and former Harris County sheriff’s deputy. The 54-year-old also volunteered for the Waller County Precinct 3 Constable’s Office. In November 2020, he was diagnosed with stage 3 multiple myeloma. After undergoing treatment, he passed away last July 6. He is survived by his wife and four children.

Fires regularly expose first responders to carcinogenic chemicals, including formaldehyde, benzene, arsenic and petroleum byproducts, according to the International Agency for Research on Cancer.

Houston Fire Chief Sam Pena reported, “Occupational cancer has proven to be the new epidemic we face. Far too many members of the fire service have been lost to this relentless illness.”

Fire trucks will line the street in front of the Co-Cathedral with crossed ladders hoisting a large U.S. flag.

The Archdiocesan Annual Firefighter Mass is open to active and retired firefighters, their families and the general public.