Finding peace in praying the Liturgy of the Hours 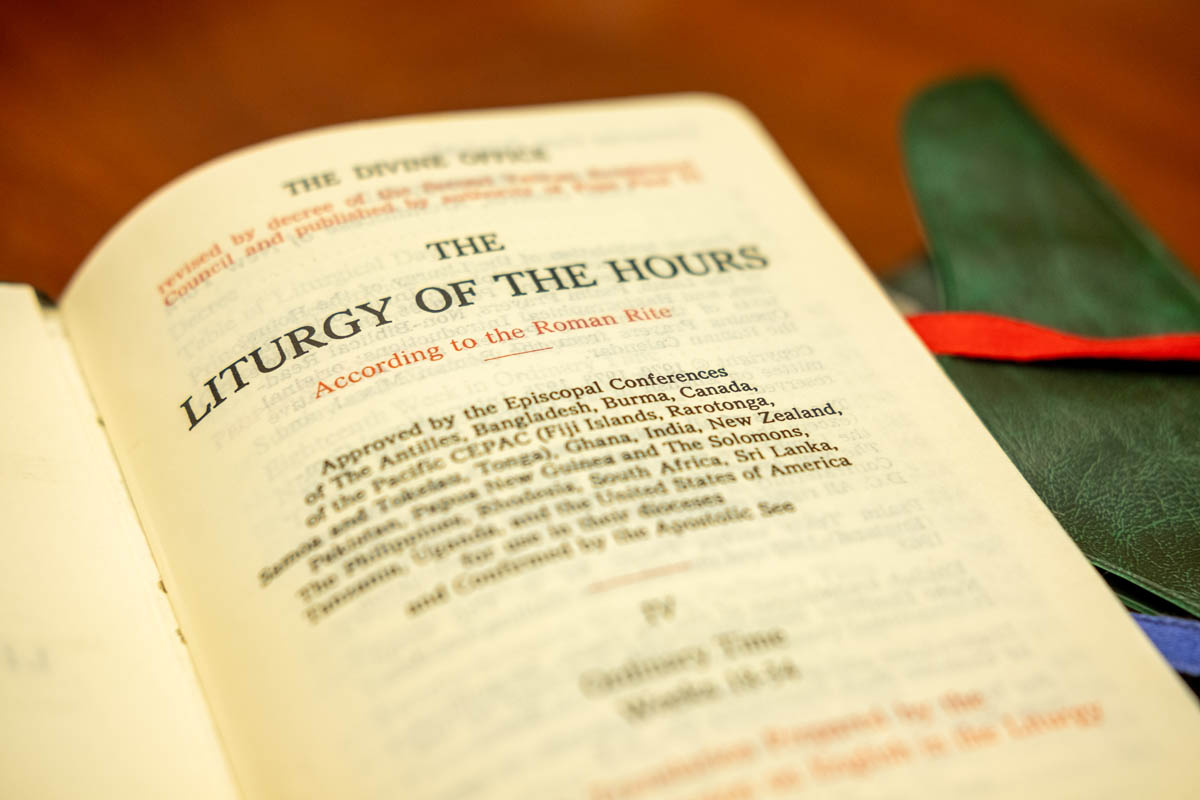 A breviary contains the Liturgy of the Hours according to the Roman Rite. Called the “public prayer of the Church,” the Divine Office is an opportunity to join the Universal Church in praise and thanksgiving, according to Sister Maria Goretti Thuy Nguyen, OP. (Photo by James Ramos/Herald)

Editor’s Note: Living a Life of Prayer is the first part of a series that explores the deeper meaning, context and history of some of the Church’s greatest treasures: its prayers, such as the Liturgy of the Hours or the Divine Mercy Chaplet.

HOUSTON — During Lent, Catholics are called to enter more deeply into the Paschal Mystery central to our Catholic faith. Part of the Lenten pilgrimage journey includes a deepening of an interior prayer life.

Though prayed consistently at various hours of the day by consecrated men and women in religious congregations and parish communities around the world, the Liturgy of the Hours is seldom embraced by the laypeople.

Sister Maria Goretti Thuy Nguyen, OP, said praying the Liturgy of the Hours is a blessing for her community at the Dominican Sisters of Mary Immaculate Province.
“It is an outward sign of unity,” Sister Nguyen said. “It’s the greatest honor that we are able to lift up our voice together... as one voice, one body in Christ to offer to God the Father our humble praise and thanks.”

Together, the congregation prays Morning Prayer (Lauds), Evening Prayer (Vespers) and Night Prayer (Compline), which are three of the five Hours of the Divine Office. The other two are the Office of Readings, which are a special selection of Scripture and spiritual writings for meditation, and Daytime Prayer, which can be prayed at midmorning, midday or midafternoon.

All of these prayers are often condensed into different editions of books known as Breviaries.

Sister Nguyen, an associate director with the Office of Evangelization and Catechesis, said praying the Liturgy of the Hours helps her to lift up her mind and spirit to God.
For Sister Nguyen, the Divine Office is “very important” as it helps her put her mind into the “same spirit with the Psalms” as she prays each day.

The Divine Office is “public prayer of the Church,” says the Catechism of the Catholic Church #1174.

The Catechism (#1178) also describes the Liturgy of the Hours as an “extension of the Eucharistic celebration” that “in a complementary way calls forth the various devotions of the People of God, especially Adoration and the worship of the Blessed Sacrament.”

The myriad of readings, hymns and litanies found in the Divine Office “integrate the prayer of the Psalms into the age of the Church, expressing the symbolism of the time of day, the liturgical season, or the feast being celebrated,” states the Catechism (#1177).

Each of the Hours also includes parts of the Psalms, according to the U.S. bishops. The two most important, or “hinge Hours,” are Morning and Evening prayer.

Sister Nguyen said Evening Prayer’s Magnificat is her favorite part of the Daily Office, specifically the phrase: “My spirit rejoices in God my Savior, for He has looked with favor on His lowly servant.”

“Somehow, I identify myself as a lowly servant whom God has looked upon with His favor,” she said. “I feel very special and loved that God has called me to the religious life. Everyday, when I pray [with] this quote, I thank God for that grace, and I silently pray that ‘God, please sanctify me to be worthy of Your grace.’”

The Divine Office is important to her and the entire Church because it’s not only a duty for the Church, she said, it also shares in “the greatest honor:” standing before God’s throne to offer praises to God, quoting Sacrosanctum Concilium, one of Vatican II constitutions.

Praying with and for others

Reflecting on her formation and teaching, Sister Nguyen said that when she prays the Liturgy of the Hours, she prays on behalf of all her brothers and sisters in the Church who – for any reason, perhaps too busy with family and life – do not have the opportunity to stop and pray.

“This helps me to be more attentive when I pray the Liturgy of the Hours,” she said. “I know that I’m not just praying by myself or for myself, but I’m praying with the whole Church and on behalf of the whole Church.”

Sister Nguyen joins other religious, clergy and laity around the world when praying the Liturgy of the Hours, including Pope Francis.

In an August 2013 interview with Father Antonio Spadaro, SJ, the pope said the Daily Office was part of his preferred way to pray.

“I pray the breviary every morning. I like to pray with the psalms,” Pope Francis said. At one point in the interview, the pope references his breviary, well-worn from daily use. He also mentions his breviary also contains his grandmother’s last will.

“I read it often,” he said. “For me, it is like a prayer. She is a saint who has suffered so much, also spiritually, and yet always went forward with courage.”