Faith in the outfield: Bringing the grace of Mass to the dugout 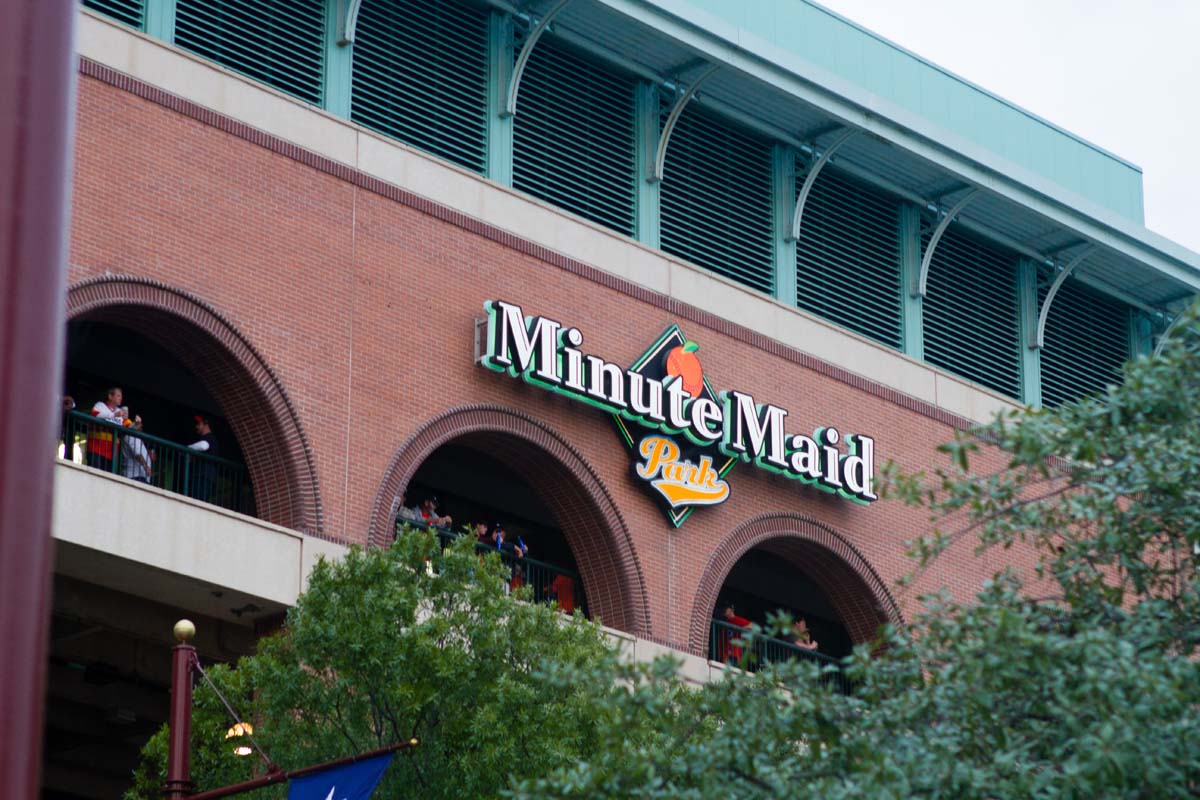 With the help of Catholic Athletes for Christ, Archdiocesan priests celebrate Mass with a Mass Ministry for the Houston Astros at Minute Maid Park. Photo by James Ramos/Texas Catholic Herald.

HOUSTON — When Al the Boss Angel pointed out the ‘Angels in the Outfield’ to a young Roger Bomman as the answer to his prayer that the California Angels would win their pennant, maybe Al knew something about the Catholic Mass Ministry that would sweep the nation’s hallowed baseball stadiums decades later.

Spearheaded by Ray McKenna’s Catholic Athletes for Christ (CAC), there are Masses celebrated in at least 26 of the 30 Major League Baseball (MLB) stadiums across the country, including Minute Maid Park with the Houston Astros. McKenna said the ministry was a response to St. John Paul II’s call to evangelize the world of sports, as highlighted by the Polish pontiff’s founding of the Vatican Office of Church and Sport.

McKenna saw that for a variety of reasons, many Catholics weren’t allowed to fully practice their Catholic faith in sports, especially professional sports like MLB.

“It’s a sense of mission,” McKenna said. “Catholics should be able to practice, play and participate as Catholics in every level of sports. Being a successful professional, Olympic or collegiate athlete should not come at the cost of being able to practice your faith in the course of that.”

Focused on offering the Sacraments, CAC coordinates with local clergy to arrange for Masses to be celebrated at stadiums across the country. Annual retreats and spiritual direction offer players and staff chances to deepen their faith throughout the year, including Spring Training before the season begins.

In the Archdiocese, Father Christopher Plant, pastor of St. Bartholomew Catholic Church in Katy, said the ministry with the Astros is an act of evangelization and mercy.

Father Plant said he doesn’t just celebrate Mass at Minute Maid Park, he stands outside the field house greeting the baseball players and staff as they enter.

“I say hello to them, I wear my collar and show them that the Church is here,” he said. “In a way inviting them as well to participate in the life of the Church even if they aren’t Catholic.”

Father Plant said he encounters men, with the Astros and the visiting teams, who were part of the Church in the past but may have fallen away, a common story not just among baseball players but with Catholics in general. Many people, not just baseball players, don’t have the ability to attend Mass on Sundays because their jobs prevent them from doing so, he said.

“It’s a particular challenge when there's pretty much no flexibility at all,” he said. “But that’s what inspired me to be there for them, to celebrate Mass for them and be friends with them.”

Father Plant said he enjoys just for a few minutes, listening to the players and coaches share a bit of their story, their struggles of working in professional sports and that “being a presence to them makes a difference.”

Though McKenna said “there are so many players who stop practicing their faith,” several Astros players and staff regularly attend Mass, including Cy Young Award-winner Dallas Keuchel, who attended Lasallian Catholic Bishop Kelley High School in Oklahoma, and bullpen coach Craig Bjornson. Astros legend and Hall of Famer Craig Biggio was a regular attendee before retiring in 2007.

Players have had priests they’ve met preside over their weddings, baptize and confirm their children, all positive signs that the ministry is needed and effective, according to McKenna. “To see the participation and devotion of the athletes and their love of God and their interests in the faith is a real confirmation,” he said.

With CAC expanding to more pro sport stadiums, more and more professional athletes are able to step out in faith, just like little Roger Bomman who stepped out of the dugout to flap his arms in angelic inspiration to bring home the victory.

In addition to the MLB, CAC ministers with the NFL, the Special Olympics, high schools and more. Visit www.catholicathletesforchrist.org to learn more about the Mass Ministries across the country.