Eucharistic preachers seek to inspire the faithful to encounter Jesus 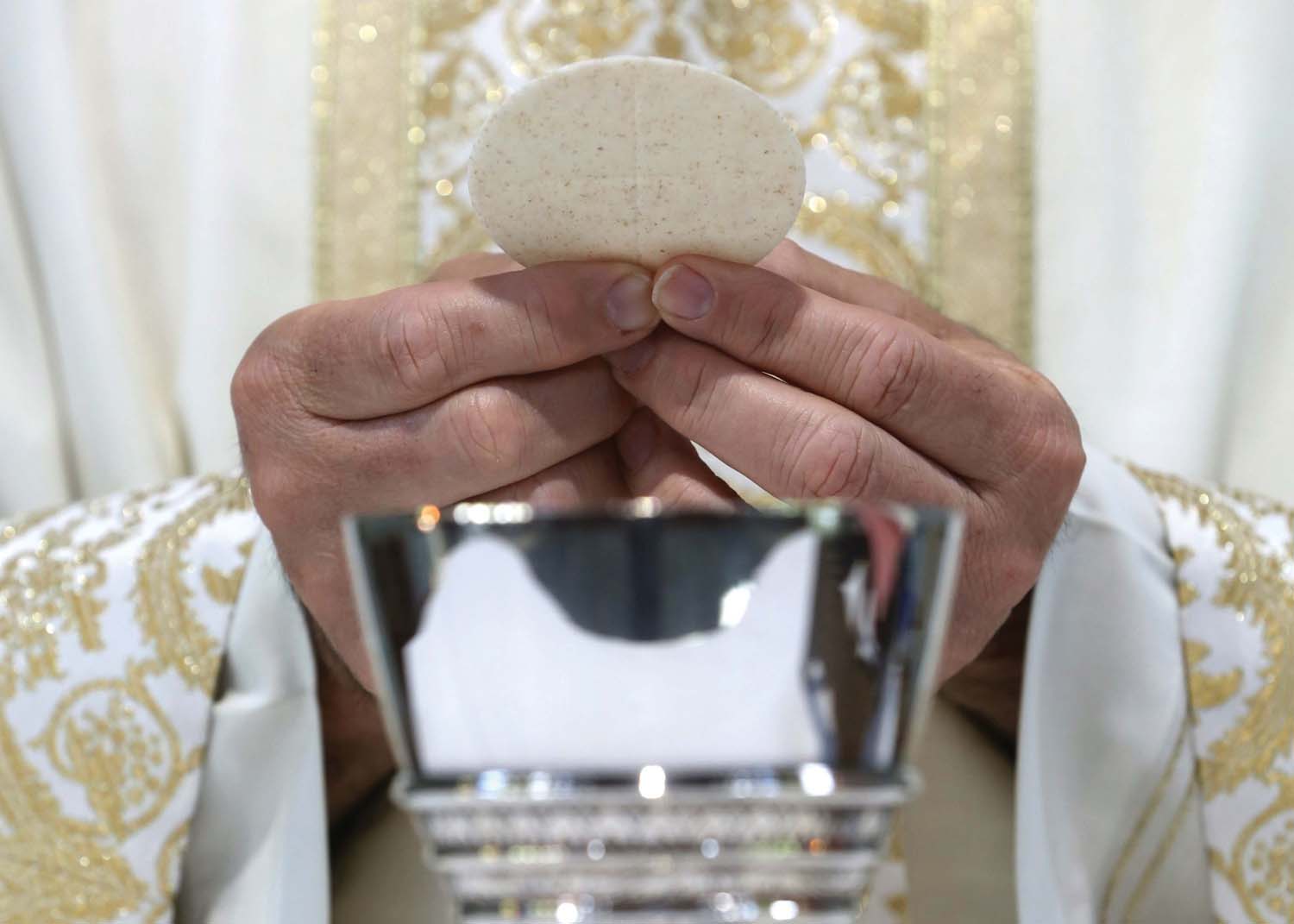 A priest holds the Eucharist. 58 priests are set to be selected as “national Eucharistic speakers.” (CNS photo)

WASHINGTON (CNS) — Priests soon will be fanning out to dioceses across the country to inspire deeper reflection on the gift of the Eucharist to the Church.

In all, 58 priests make up the group of preachers, said Father Jorge Torres, a priest of the Diocese of Orlando, Florida, who is working as a specialist for the revival at the bishops’ conference.

Representing individual dioceses and religious orders, the priests are hoping to inspire people to become better aware of the Eucharist in daily life, Father Torres said.

“They will be inviting people to pray for the revival, pray that each one of us would grow closer to Jesus and the Eucharist through the revival,” he explained.

Father Torres is working on the initiative with Sister Alicia Torres, a member of the Franciscans of the Eucharist in Chicago. They are not related.

The revival is set to launch on June 19, the feast of Corpus Christi. The opening will begin two years of events and activities ahead of the USCCB National Eucharistic Congress, which is planned for July 17 to 21, 2024, in Indianapolis.

The preachers will begin to respond to invitations from dioceses to speak at clergy convocations, gatherings of diocesan and Catholic school leaders, diocesan holy hours, and youth and young adult events to help build interest stronger connections with the Eucharist and build interest in the congress.

In about a year, Father Torres said, the priests will begin speaking at parishes and smaller gatherings.

“The preachers have been asked to enter into this role because of their love for the Eucharist, their ability to communicate, their schedule for allowing flexibility,” Father Torres told Catholic News Service.

“The goal is to not only speak about the Eucharist but to eventually share the testimonies of who Jesus in the Eucharist is to me and how that affects me whether I am a pastor at a parish or a mom on the way to the soccer game,” he explained.

Priests were chosen “because of the relationship the priest has to the Eucharist,” the priest said.

Eventually, though, Father Torres said, laypeople and others entrusted by the bishop in a diocese will be speaking on the Eucharist at local gatherings in advance of the congress.

The preachers were selected by asking bishops and religious superiors to submit names of candidates, and as their names came in, they were vetted, Father Torres said. Each priest received an invitation to join the team with an explanation of their role, the time commitment and with information about a retreat during which they would be asked to discern whether to join the effort.

Interested priests gathered for the retreat from April 3 to 6 at the Mission of Our Lady of Angels, located in the West Humboldt Park, one of Chicago’s poorest neighborhoods. During their time together, they heard from Blase Cardinal Cupich of Chicago, Bishop Andrew H. Cozzens of Crookston, Minnesota, chairman of the bishops’ Committee on Evangelization and Catechesis, and others.

Father Torres already has started the visits, completing a test run of sorts during a preaching trip to the Diocese of Savannah, Georgia, in late April. He is planning another venture to the Archdiocese of Galveston-Houston to speak at a priests’ conference.

He said he and the other priests plan to focus on the joy of the Eucharist “and invite us, as the psalm would say, to taste and see the goodness of the Lord.”