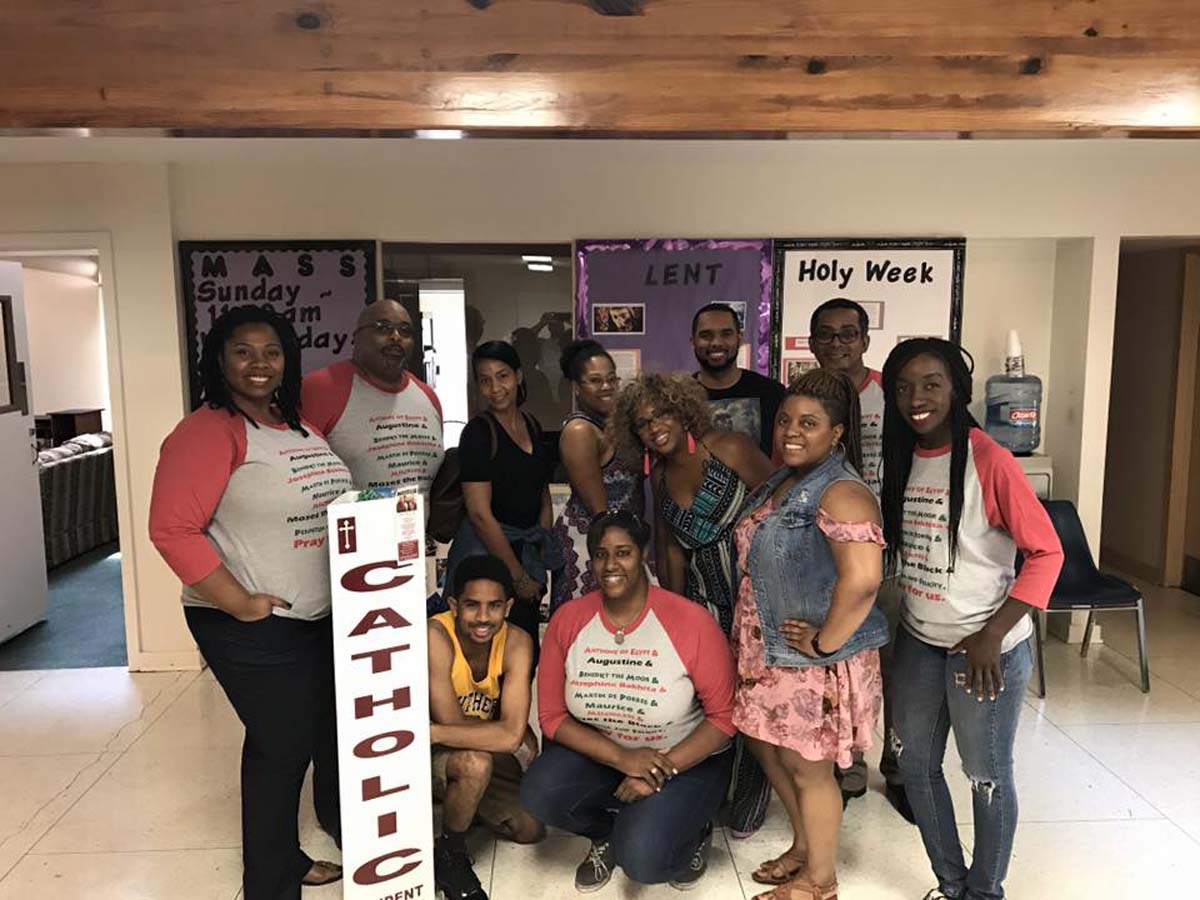 HOUSTON — While hundreds of thousands of Catholics living in the Archdiocese of Galveston-Houston represent several culturally diverse ethnic and language groups from around the globe, they are allied in serving the Church and spreading the good news of Jesus Christ – within their own parishes and Archdiocesan-wide, especially when ministering to the Young Church.

“We are all distinct, but we are all one,” said Deacon Leonard Lockett, cicar of Catholics of African descent. “We talk about one, holy, catholic and apostolic Church when we recite the Creed, so while we may be one of the most ethnically diverse Archdioceses in the world, we are united in our works for Christ. We all may look different and have a variety of dialects, but we are Roman Catholic and share in the same faith and graces that God provides.”

Deacon Lockett said the Ministry to Catholics of African Descent serves approximately 8,500 families of African, African American, and Caribbean Catholic descent. He said one of the biggest challenges the ministry faces is the number of young adults and youth that are leaving the Church due to the attraction of mainstream black Protestant churches.

“Several lay apostolates, which have been formed and grounded in the various communities based on the charisms of their founders, such as the Knights of Peter Claver and Young Adult Catholics of African Descent, are focusing their efforts on programs that will help keep our young adults and youth in the Church,” said Deacon Lockett. “We want them to know and experience the unique traditions and customs found at their own parish, but to also serve the broader, very diverse Archdiocesan community through active participation and volunteer opportunities.”

The Ethnic Ministries also is comprised of approximately 20,000 Filipino American Catholics, which is served by the Filipino Ministry Council. According to Vicar Father Edmund Eduarte, like most ethnic groups, there is the challenge of a disconnect between the adults and the children and youth as to why their elders practice certain devotions.

“The Filipino Ministry Council bridges the Filipino American Catholics scattered in the many parishes in the Archdiocese to the cultural and religious celebrations of our faith traditions, as well as with the other Asian Catholics in the Archdiocese for the annual Asian Mass,” said Father Eduarte. “We want to bridge that gap so that our younger generation will not only have an appreciation for our culture and devotions, but will find value in them, especially the customs and traditions that highlight the importance of family, the community, their faith and respect to the elderly and other race and culture. We are also looking at how we can promote more vocations from our youth.”

Father Eduarte believes that better formed Filipinos can also become a big asset to both their parish and to the Archdiocese.

“Filipino-Americans are generally people of faith,” said Father Eduarte. “Fostering and nurturing the faith of the Filipino community encourages their faithful participation in the parish communities they belong to and beyond.”

A third community served through the Ethnic Ministries is the more than 35,000 Vietnamese Catholics living in the Archdiocese. Vicar for the Vietnamese, Father Thu Ngoc Nguyen, said the ministry strives to provide opportunities for the Vietnamese community to worship in their own native language and keep their culture and values alive. Again, especially important is bridging the gap between parents and youth.

“Many of our youth do not speak Vietnamese, so there is a language barrier between them and their parents,” said Father Nguyen. “One challenge is that their thinking and ideas are too advanced for their parents to understand, but the benefit is that the youth fit well into American society.”
Father Nguyen said that when it comes to serving the Church, the Vietnamese community is very active in their parishes and serve across the Archdiocese.

“They add to the vibrant cultures that are in the Archdiocese and continuously support the priesthood and religious life vocations,” said Father Nguyen. “Even though they may not be of the same ethnic group, they hold a lot of the same values: faith, respect, and helping one another.”

Detailed information about the diverse communities served by the Ethnic Ministries, including times for Mass, reconciliation and other sacramental and liturgical celebrations, faith formation opportunities, support groups and other important parish resources, can be found on the Archdiocese of Galveston-Houston’s website. †