Eternal light: ‘In Memoria’ concert sings into its 10th year 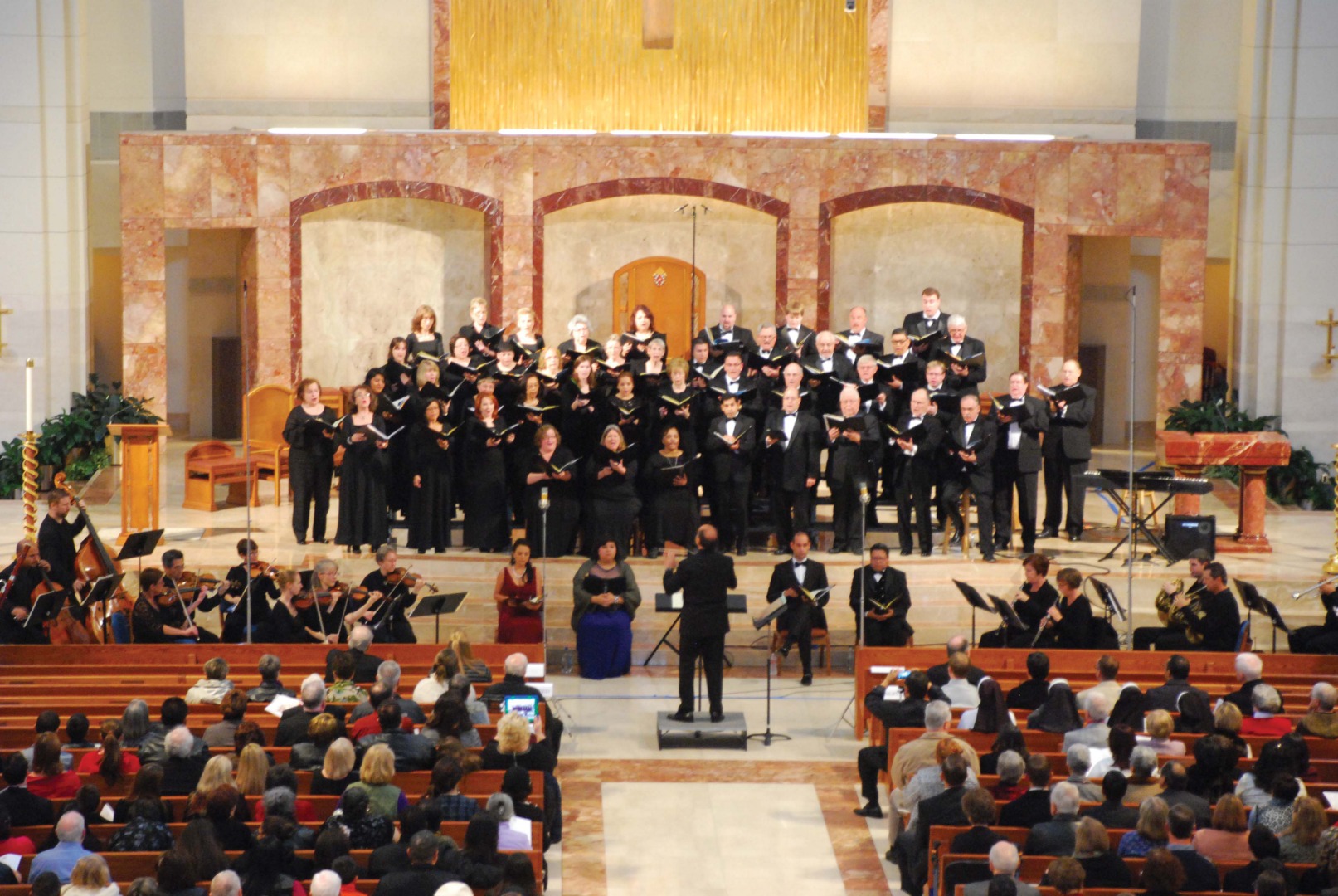 The 10th annual “In Memoria” concert will be held at 3 p.m. on Sunday, Nov. 18, at the Co-Cathedral of the Sacred Heart. Tickets for this concert are $25 general admission, $15 seniors and $10 students. The annual concert will feature works by Morten Lauridsen. Herald file photo.

HOUSTON — The Archdiocesan Choir (ADC), under the direction of Dr. Rick Lopez, presents the 10th-annual “In Memoria” concert, to be held at 3 p.m. on Sunday, Nov. 18, at the Co-Cathedral of the Sacred Heart, located at 1111 St. Joseph Pkwy. in downtown Houston.

This year’s program will feature the music of American composer Morten Lauridsen and will include his Lux Aeterna for Chorus and Chamber Orchestra. The performance of the Lux Aeterna is a reprise from the first “In Memoria” program from November 2009.

Lopez said he chose the work to honor their first concert and because it is one of Daniel Cardinal DiNardo’s favorites.

“The current membership of the ADC still has about two-thirds of the original members from the original performance from 2009,” he said. “It seemed time that we should reprise this masterpiece of the American choral repertoire before any more years passed.”

Lopez said the work is in five movements.

“Its texts are drawn from sacred Latin sources each containing references to light. The piece opens and closes with the beginning and ending of the Requiem Mass with the central three movements references drawn from the Te Deum, including a line from the Beatus Vir, O Nata Lux and Veni Sancte Spiritus,” he said.

“When I made the decision to program the Lux Aeterna, I decided to look closer at some of the other Lauridsen compositions that I have heard about and have surfaced in the past few years and gained popularity,” he said. “The three selections on the first half are now part of the ‘repertoire’ of choral music performed regularly by the finest choral ensembles in the world. I am very pleased and honored to share these mini masterpieces with our audience. Also, Morten Lauridsen celebrates his 75th birthday this year.”

Lopez said the idea of the “In Memoria” concert was inspired by the need of a way of “remembering” (memoria) those that have passed away in the prior year.

“November, in the Catholic faith begins with ‘All Saints Day’ on Nov. 1 and ‘All Souls Day’ on Nov. 2,” he said. “In November, most parishes will have a book where the names of our deceased family and friends are written and remembered. Therefore, November has become the month of remembrance. In our program we include the names of the clergy and women religious that have passed in the previous year as well as any ADC choir members we have lost.”

Tickets for the “In Memoria” concert can be purchased online at www.archgh.org/inmemoria. General admission is $25, seniors are $15 and students are $10.