By Dunn Estacio, Office of Adolescent Catechesis and Evangelization 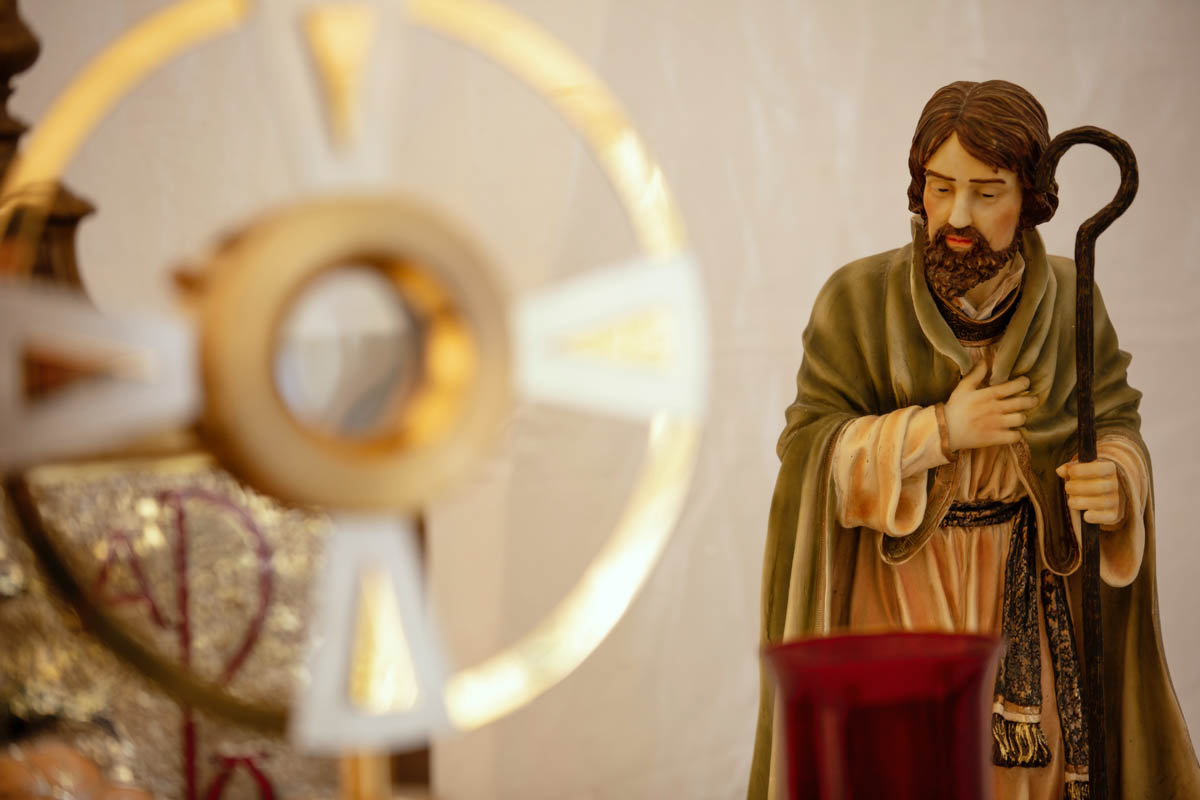 Last month I wrote about clinging onto the Holy Family, especially during the current climate that we find ourselves in.

Even during pre-pandemic times, there were things in our country and the world-at-large that were and continue to look bleak. It is not only the breakdown of the family, but there is a problem within our country of fatherless homes. In 2015, the U.S. Census Bureau reported 23.6% of minors lived in a home where the father was absent. The statistic may not look like much, but when you factor that is approximately 17 million children, it is safe to say that we should be concerned.

There is a connection between the breakdown of the family and fatherless homes. God the Father always has a plan, and He undoubtedly has a plan for the family.
Part of that plan includes having the father as the protector, provider and spiritual head of the household. As I stated last month, we only have to look at the Holy Family, and for this month, specifically St. Joseph, as an example and guide in our faith journey.

Mother Church invites us to have a devotion to the Pillar of Families:

“Thus in giving Joseph the Blessed Virgin as spouse, God appointed him to be not only her life’s companion, the witness of her maidenhood, the protector of her honour… And Joseph shines among all mankind by the most august dignity, since by divine will, he was the guardian of the Son of God and reputed as His father among men. Hence it came about that the Word of God was humbly subject to Joseph, that He obeyed him, and that He rendered to him all those offices that children are bound to render to their parents. From this two-fold dignity flowed the obligation which nature lays upon the head of families, so that Joseph became the guardian, the administrator, and the legal defender of the divine house whose chief he was. And during the whole course of his life he fulfilled those charges and those duties.” (Quamquam Pluries, 3)

I wrote this as a winter storm ravaged our state and beloved city. Many of us lost power, had no water, or received much damage to our homes. In addition to the pandemic, this can put a burden and take its toll on a family.

These moments of suffering can become beautiful opportunities for us to grow in our relationship with Jesus Christ.

We are in the season of Lent, and we are humbled through prayer, fasting and almsgiving. We are reminded that we are dust, and to dust we shall return.

In moments of trials and tribulations, we have an important choice to make. We can choose to despair or hope in Jesus Christ. Choose the latter! These are precisely the moments where we can die to ourselves and live by clinging onto our Lord and Savior. Mother Church gifts us St. Joseph as an example of a quiet, faithful, obedient man who, different from the showy, faithless and rebellious culture as a protector and help. St. Joseph is a great intercessor who accompanies us and our families during these times of suffering. Let us run to the Foster Father of Jesus Christ because he is our father as well.

Pope Francis has looked at the signs of our times, and through his wisdom, has seen our need for St. Joseph’s aid. On Dec. 8, 2020, Pope Francis declared a Year of St. Joseph, which ends on Dec. 8, 2021. He declared the year on the 150th anniversary of the declaration of St. Joseph as the patron of the Universal Church, with an Apostolic Letter entitled Patris Corde.

Traditionally, the Catholic Church has reserved the month of March to honor St. Joseph. Let us ask him to wrap us in his holy cloak. Let us pray that he can protect, guide and intercede for the young people and their families of the Archdiocese of Galveston-Houston.

Dunn Estacio is an associate director with the Office of Adolescent Catechesis and Evangelization.