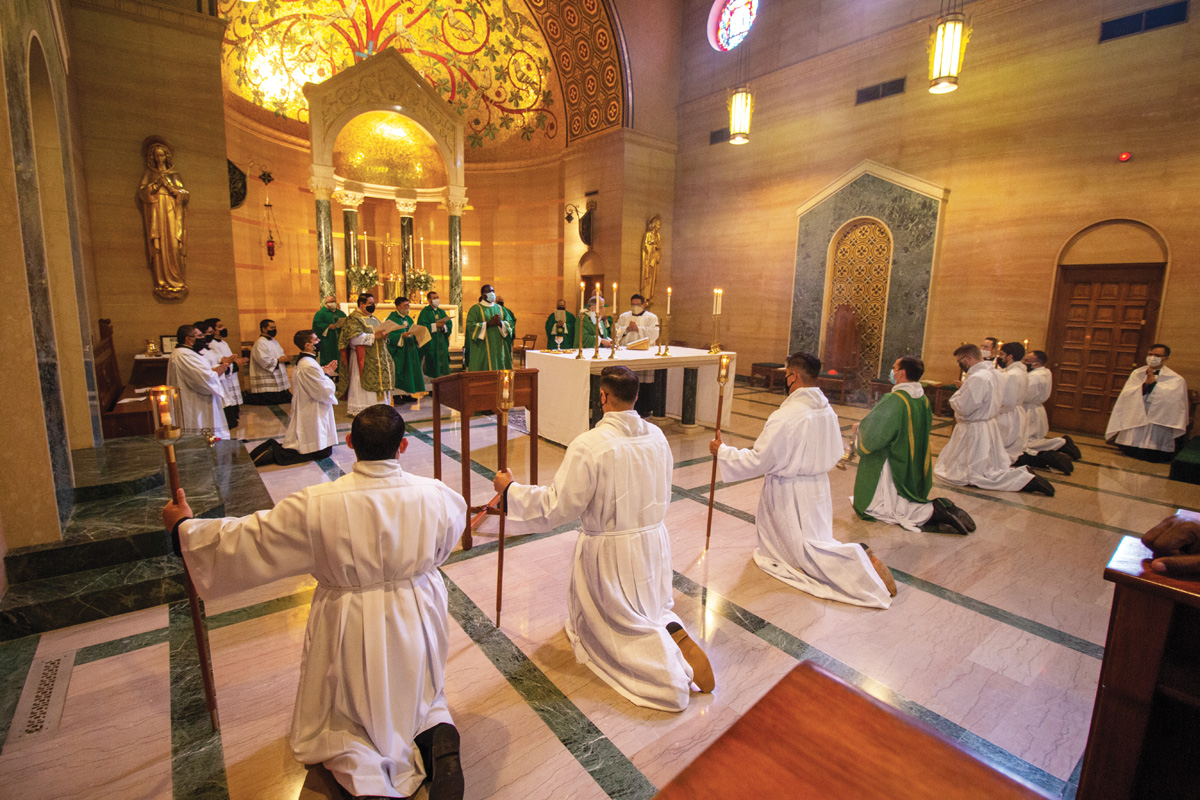 HOUSTON — St. Mary’s Seminary Chapel saw two landmark events in the lineage of leaders of the Catholic Church in the Archdiocese on the same day.

On Sept. 13, Daniel Cardinal DiNardo formally installed Father Eurel Manzano as the 17th rector of St. Mary’s Seminary, and also welcomed six men who publicly professed their candidacy to the priesthood, including Christopher Meyer, Luis Garcia and Jacob Ramirez, all of Galveston-Houston; Caleb De La Rosa and Genaro Garza of the Diocese of Brownsville; and Fernando Ricaud of the Austin Diocese. 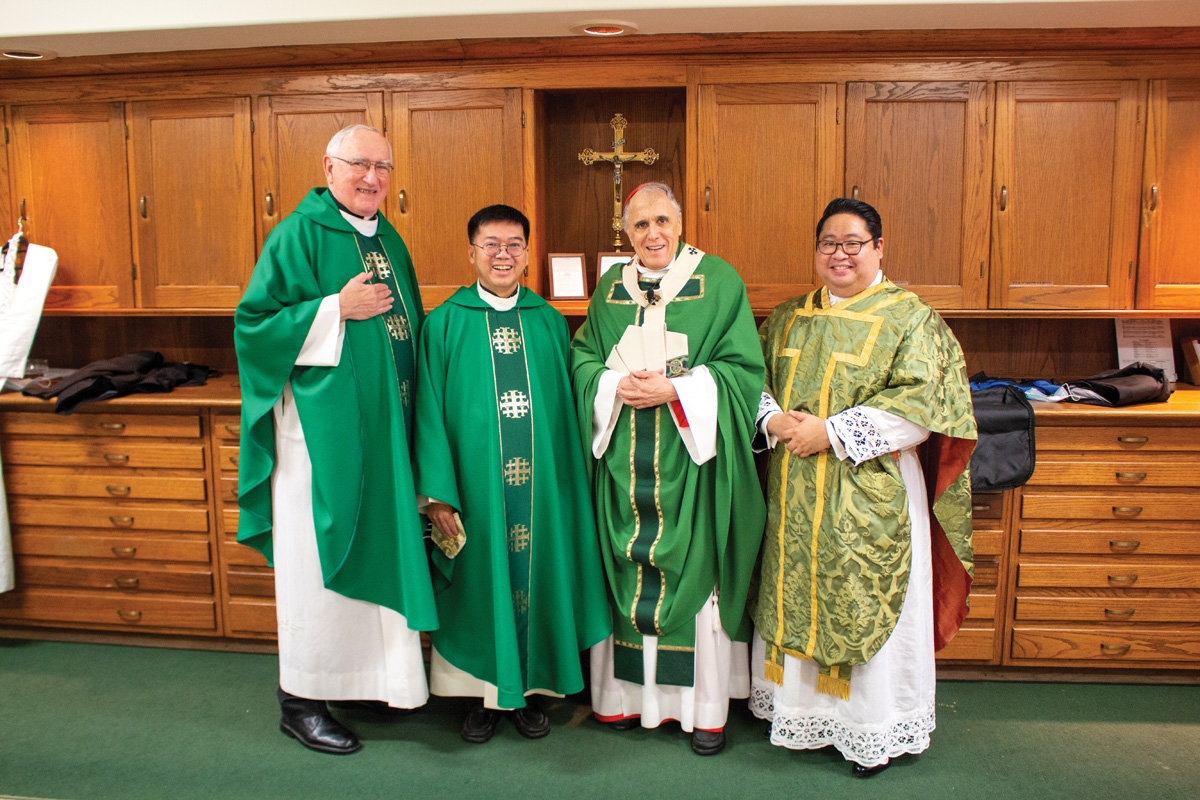 With his hand on the Gospels, Father Manzano proclaimed his oath of fidelity to the Church after professing his faith in the presence of all those attending. Former rectors also concelebrated the Mass, including Monsignor Chester Borski, who served as rector from 1982 to 2001 and was the first diocesan rector after a 31-year absence of diocesan leadership, and Father Trung Nguyen, who previously led the seminary from 2010 to 2020.

Now-Bishop Brendan J. Cahill of the Diocese Victoria, who served as rector from 2001 to 2010, was unable to attend.

Father Manzano’s lineage of rector leadership goes back to 1901, when the seminary was first transferred and established in La Porte from its origin at the University of St. Mary on Galveston Island in 1856. The seminary then relocated to its current home off Memorial Drive in 1954.

In his homily, Cardinal DiNardo said, according to the new program of priestly formation recently adopted by the U.S. Conference of Catholic Bishops, a seminary’s rector is a priest “distinguished by prudence, wisdom and balance” and someone “seen as the spiritual father of the entire seminary community.”

The rector also sets the seminary’s tone, “which must be characterized by trust and mutual respect with fraternal charity,” he said.

As rector, Father Manzano is charged with “overseeing the academic, spiritual, pastoral and human formation” of seminarians attending St. Mary’s from several different dioceses. Cardinal DiNardo also said the rector must bring harmony to discord, “towards an ultimate unity and harmony with the Lord, Jesus Christ.”

And as these seminarians grow and learn of the history and teachings of the Church, Cardinal DiNardo exhorted Father Manzano “to gently and beautifully ... correct them, and to give them a deep sense of joy in the Gospel of Jesus Christ.”

Quoting Pope Francis, Cardinal DiNardo encouraged Father Manzano to walk closely with his seminarians and community, getting to know their character, strengths and weaknesses, always lifting them up in correction, never pushing them down. 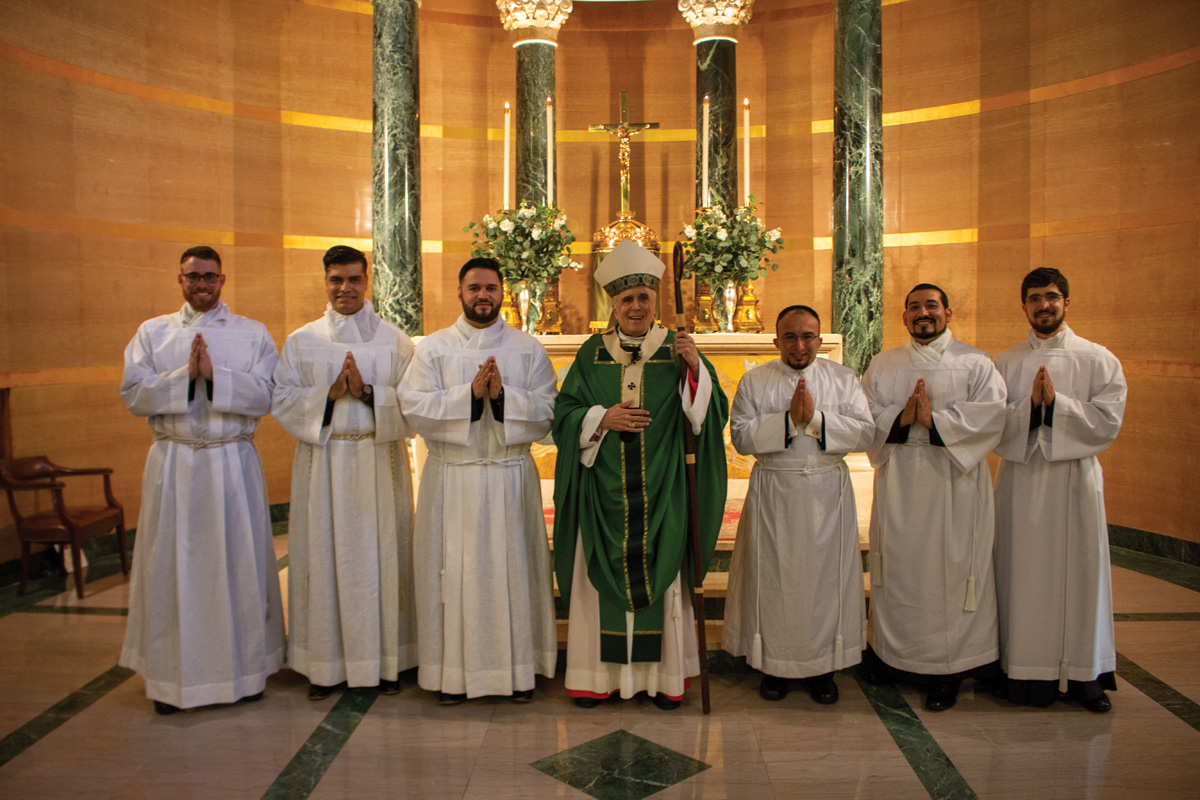 In a message to his parents in the Philippines, who were unable to attend the Mass but watched via livestream, Father Manzano thanked them for “all of the beautiful things you’ve done in my life, especially teaching me the Rosary.”

“We turn to Our Lady asking for her continued intercession on this, her seminary,” Father Manzano said, “and we pray that what God has already begun as a good work may continue to be brought to fulfillment.”