Day of Prayer brings Christians, Jews, Muslims and others to rally against violence and hate 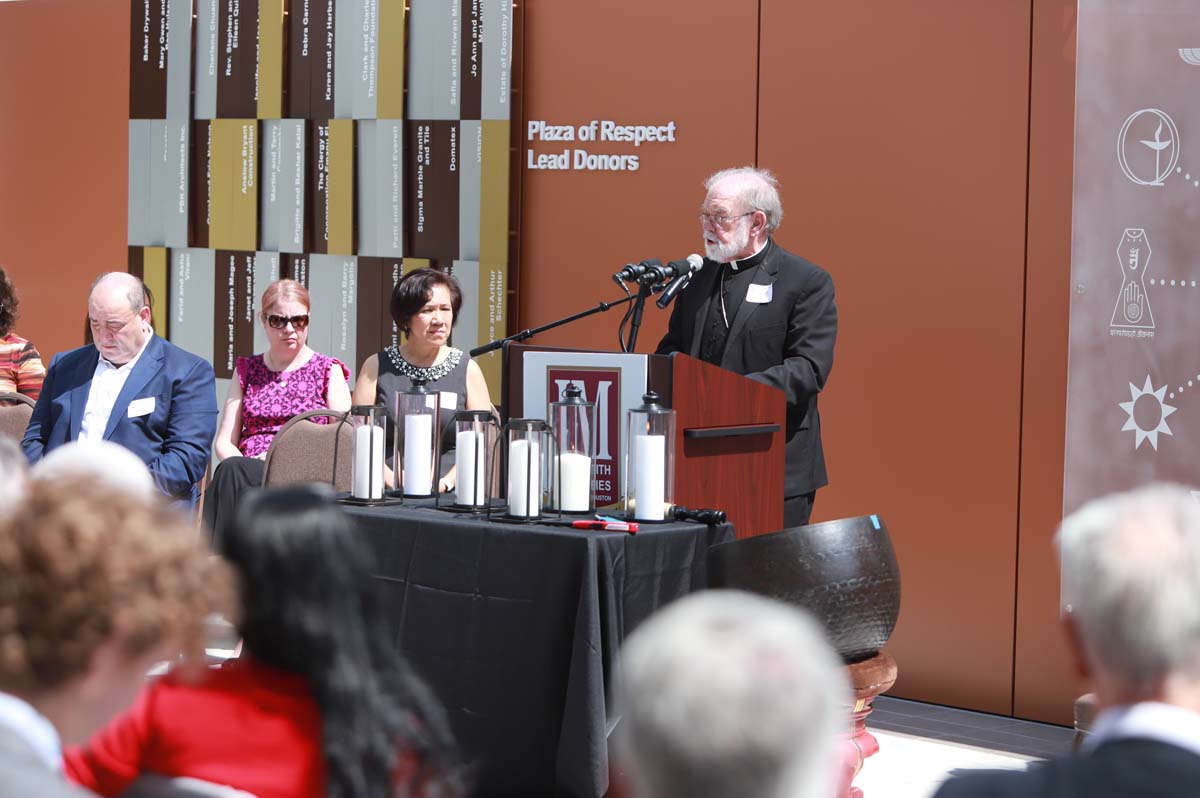 Galveston-Houston Auxiliary Bishop George A. Sheltz speaks during a prayer vigil at Interfaith Ministries of Greater Houston on May 1. He joined other Houston faith community leaders in standing against acts of senseless violence and religious hatred. Below, Bishop Sheltz observes a moment of silence with other religious leaders. Photos by James Ramos/Herald.

HOUSTON — Auxiliary Bishop George A. Sheltz joined religious leaders of Buddhism, Judaism, Muslim and other faith denominations on the Day of Prayer May 2 to stand together in solidarity against acts of senseless violence.

“I am grateful for your gestures of support and prayer, especially for the Catholic people in Sri Lanka who on our holiest day of the year were lost in senseless bloodshed,” Bishop Sheltz told those gathered in the Plaza of Respect at the Interfaith Ministries for Greater Houston offices on Main Street.

“Many were children who were to receive their First Holy Communion and hear the words, ‘Peace be with you,’” he said of the more than 250 people killed and 400 wounded in bombings as they attended Easter Sunday Masses.

Other recent violence against houses of worship included the Poway, California shooting in a synagogue, a mosque in New Zealand, burning of of churches with predominantly black congregations in Louisiana and potshots fired at the Muslim American Society Center in Katy.

Pastor Harvey Clemons of Pleasant Hill Ministries said, “We have to act now, not in violence, but in prayer and working together.” 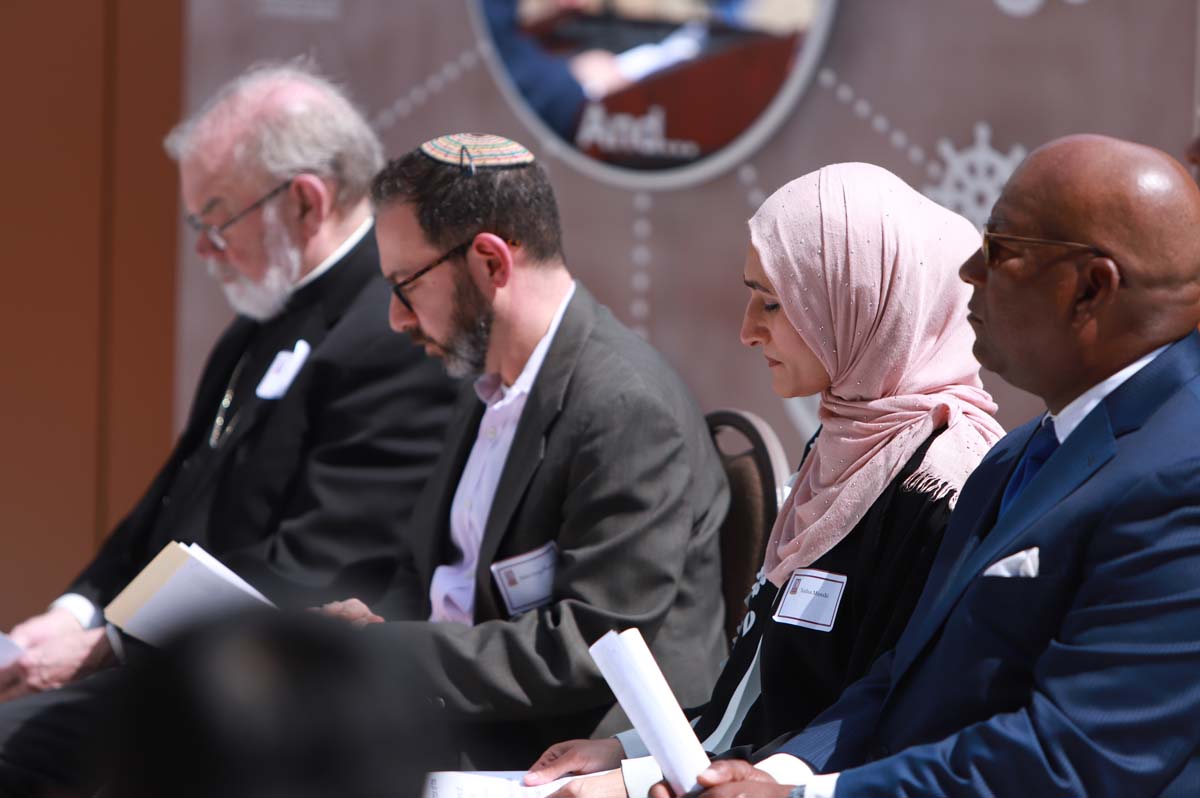 Rabbi Oren Hayon of the Congregation Emanu El said this year May 2 was also Yom HaShoah (Holocaust Remembrance Day) observed in commemoration for the approximately six million Jews who perished during the Nazi German occupation.

“The malignancy of violence and hatred continues to metastasize,” Rabbi Hayon said. “We need the moral boldness of good people to stand up for truth and decency.”

With other clergy and civic leaders, Bishop Sheltz observed a moment of silence after ringing a bell for peace.