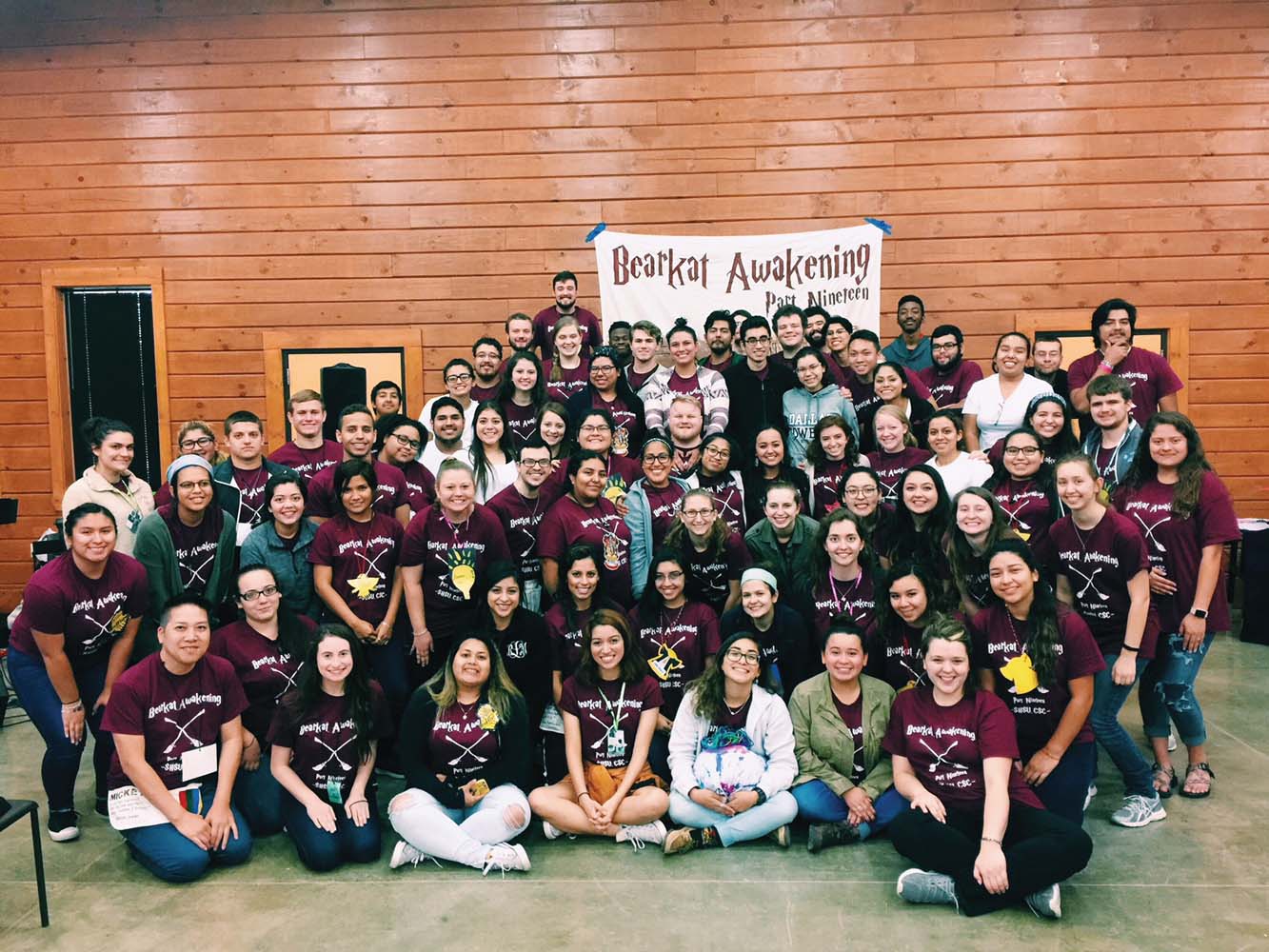 HOUSTON — When it comes to forming the faith of Catholic young people during their college years, the Campus Ministry is responsible for “making space” on university campuses located in the Archdiocese. Its mission is to allow the Church to enter into the very heart of the academic community, challenging faculty, staff, students and institutions with the claims of the Gospel.

Campus Ministry is one of 60 ministries assisted by the DSF (Diocesan Services Fund).

According to Joseph M. Magee, Ph.D., director of campus ministry at Texas Medical Center Universities, the Catholic communities on university campuses are built on Christian love for God and others, and can offer a safe place to withstand the many contrary forces in college. He said these young adults, ages 18 to 39, face a critical and challenging time, not only as they discern their vocations, but as they question and grow in their faith.

“College freshmen are suddenly thrust into a world of tremendous freedom and opportunity, but also one of temptations and hostility,” Magee said. “Helping students to become more well-formed in their appropriation of the faith can help them resist a lot of the negative pressures they will be exposed to, and with a strong Christian conscience, make choices in favor of healthy behavior that brings them closer to God and the Church, building up a culture of life, love and care for the poor and marginalized. This time of young adulthood is when students are trying to figure out who they are and the kind of person they want to be, and Campus Ministry is there to help in this process of personal development, especially vocational discernment, so they can take their place as leaders in their careers, homes and parishes.”

Magee said that as college students mature intellectually, morally and personally, Catholic student centers offered on or nearby six university campuses in the Archdiocese allow students to discover their talents and gifts, serve others, and exercise leadership within the Catholic campus community.

“This personal development equips and empowers students to become leaders when they leave college, and for some of them, this leadership is exercised in religious or priestly vocations,” said Magee. “The discernment of these vocations is often begun and fostered in a campus ministry setting.”

Student assistants, current and former, who helped lead programs at the Catholic Student Center (CSC) at Sam Houston State University when Magee was director, believe the center’s main goal was to create a Catholic space that was a home away from home for all students who entered its doorsteps.

Current student leader, Paul T. Oliver, said he feels transitioning from life with parents to life alone can be a time of great upheaval.
“The center is there to be a source of stability for the student, a source of water for the Catholic roots that their parents have tended for 18 years,” Oliver said. “I have had the pleasure of seeing those who were questioning, those who were hurt, those who were unsure or searching, walk through our doors and become a part of a vibrant, Christ-centered environment. We provided weekly small groups for men and women, praise and worship music, Bible study, a weekday evening Mass, and my own Theology Thursday, as means of keeping the Spirit strong in ourselves and in our center.”

Two former student assistants who met at the center and are now married, Tricia and Scott Eilers, agree that the Catholic Student Center provided a support system under the direction of Magee, and helped tremendously with their own spiritual growth and knowledge of the Catholic faith.

“The campus ministry program provided at the Catholic Student Center (CSC) helped me grow in many ways,” said Scott Eilers. “It not only helped me to learn the teachings of the Catholic faith, but it also helped me realize that there were other like-minded college students who were interested in their faith as well. It was a time in my life when I made the personal decision to live my life following the teachings of the faith.”

Tricia Eilers said the friends she made at the CSC, including her husband, helped her to find answers to many questions about the faith, thus fostering spiritual growth in her life.

“Even more than the activities, such as Catholic discussion groups, retreats, social events, and campus outreach activities, the ministry of the CSC provided a space where fellow young Catholics could meet, pray, learn, relax, and, alongside these friends, grow in the faith,” said Tricia Eilers. “Living about five hours from my hometown, the CSC really was my second home with second family during my college years, and many of the friendships made while at the CSC are with people whom I remain very close to this day, including my closest friend and husband of 10 years. Without the CSC, I most likely would have never met him, and I thank God for bringing us together and the Archdiocese of Galveston-Houston for providing a space for that to happen.”

Scott Eilers said without the financial support of the faithful in the Archdiocese, he would not have had a Catholic space in college to spend his free time.

“Over my four years at Sam Houston State University, I was able to spend a large portion of my non-school time at the Catholic Student Center,” he said. “This time helped me to grow in relationships with other Catholics, as well as have the guidance of an extremely knowledgeable director.”

“Without campus ministry, places for social interactions are limited to what the school and secular organizations have to offer on campus,” said Tricia Eilers. “If the Church is not attracting them, then someone else will. We have an obligation to bring the faith and provide support to the future of the Catholic Church.”