Couple among more than 1,600 new Catholics over Easter Season

Mary-Margaret Howell, receives her First Communion at St. Michael Catholic Church in Houston on Divine Mercy Sunday, April 24. At bottom, Father Wayne Wilkerson anoints Corey Howell’s forehead during the Sacrament of Confirmation. The couple were among the more than 1,650 to join the Catholic Church during this Easter season. (Photos by James Ramos/Herald)

HOUSTON — Corey and Mary-Margaret Howell have much to celebrate. They are a young married couple becoming new Catholics among more than 1,650 now in communion with the Church this Easter season in the Archdiocese.

The husband and wife, both in their early 30s, received the Eucharist for the first time as the Body and Blood of Christ and were Confirmed in their faith at St. Michael the Archangel Catholic Church in Houston on Divine Mercy Sunday, April 24. Plus, in another blessing, they recently gave birth to their first child, newborn Caroline, in March.

“We’ve been looking for a church home since we got married and especially when Mary-Margaret became pregnant,” Howell said. 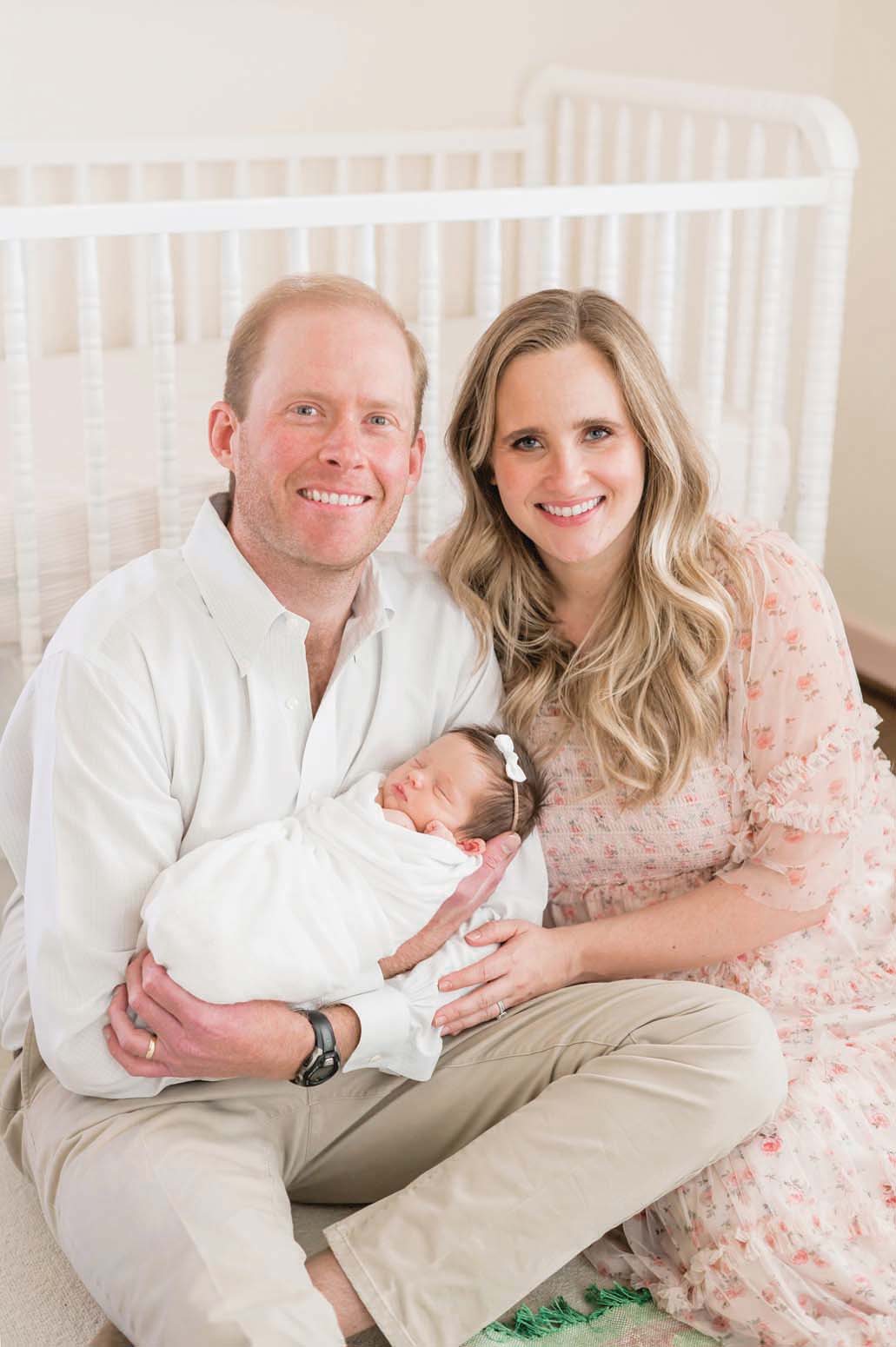 “Since taking RCIA (Rite of Christian Initiation of Adults) classes and attending St. Michael’s, we’ve fallen in love with the Church and with the parish community,” he said.

The couple were among the 23 new Catholics to join the Church that day, surrounded by Easter lilies that trumpeted the arrival of the Easter season.

“The Church is never more full and alive than when all her members are here today,” said Father Wayne Wilkerson, pastor of St. Michael.

While Howell came from a long line of Irish Catholics, his childhood church was a nearby Presbyterian church in the Museum District, where he was baptized in the seventh grade. Mary-Margaret said she was raised Southern Baptist and was allowed to be baptized when she was in second grade.

The couple even married at Second Baptist Church on Woodway in 2018.

She said, “When I was younger, I had only been to Mass with friends one or two times. Truthfully, I found it to be foreign, especially not being able to receive Communion. I was confused about the tradition.”

But once she and Corey began taking classes at St. Michael last year to learn about the history, prayers and rites of the Mass, they realized the depth of the Catholic faith.

“In RCIA classes, we learned the wealth of tradition. In fact, there was so much information we wondered how we would ever learn all of this. We were a bit overwhelmed. I’m not going to lie — RCIA was a big commitment of several months. But as our RCIA director Mary Caprio told us, ‘It’s not the end, but only the beginning of our faith journey,’” Howell said.

But the day they were able to consume the Body and Blood of Christ made all the efforts worthwhile.
“Mary-Margaret and I both love the celebration of the Mass, and it makes all the difference that we can now fully participate in the Mass by being able to receive the Sacrament of Eucharist. We were both filled with joy and excitement after receiving our first Holy Communion,” Howell said.

Now they are looking forward to baptizing their baby girl and have already taken Baptism preparation classes and scheduled her Baptism in June with family. 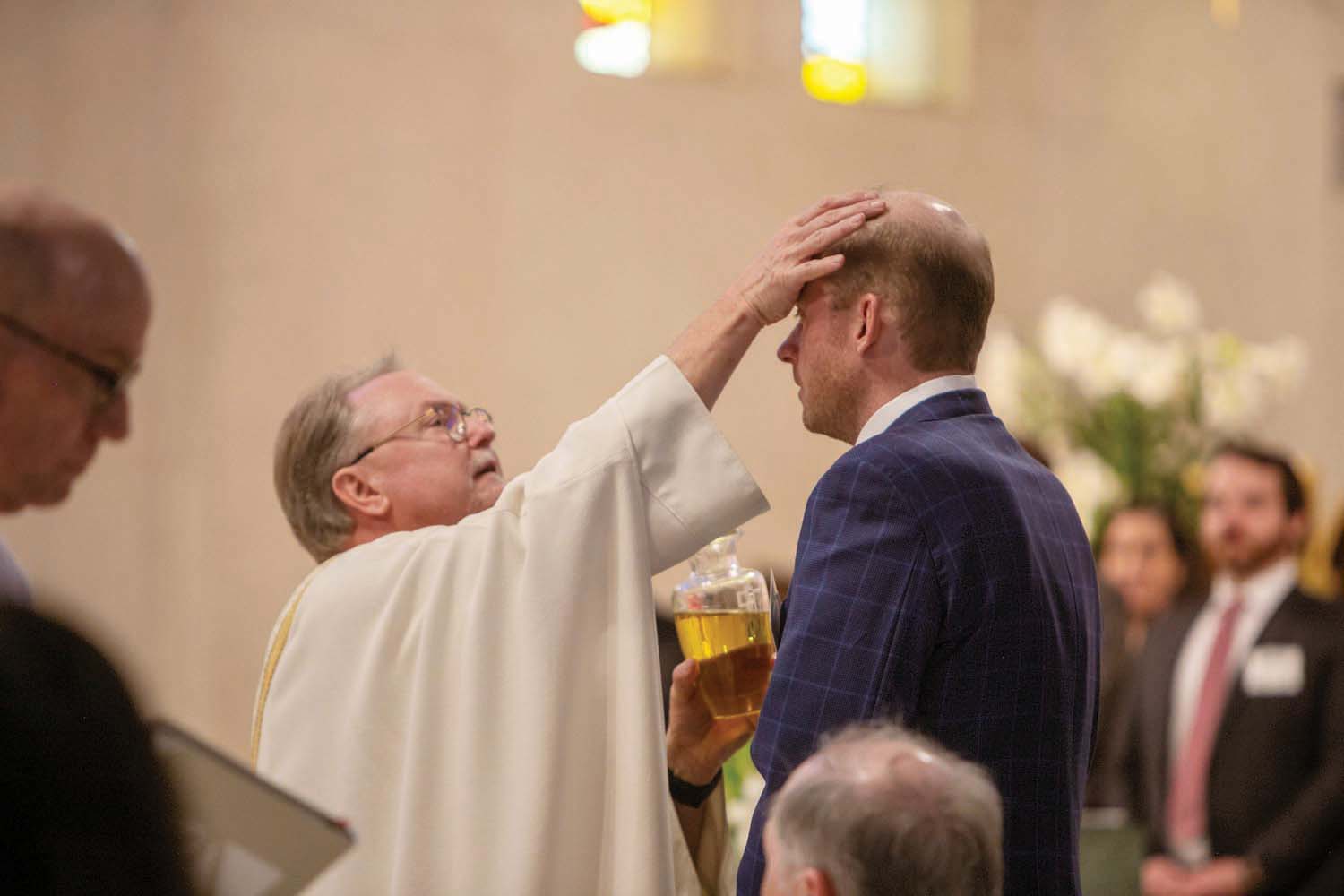 “We’re already praying with her and for her at night before going to bed. And we’ll start taking her to church when she gets a little bit older,” Mary-Margaret said.

Corey adds, “We’re even already talking about what Catholic school to put her in.”

Mrs. Howell is a digital marketing representative, now on maternity leave with their newborn, while he is an investment banker in business with his father. But their saint names that they selected for their Confirmation may show their personalities more — he chose Ireland’s patron St. Patrick while she chose St. Anne, the mother of Mary.

During Easter Vigil Masses on April 16, at least 1,652 people from parishes across the Archdiocese became Catholics. An estimated 245 were youth candidates or catechumens.