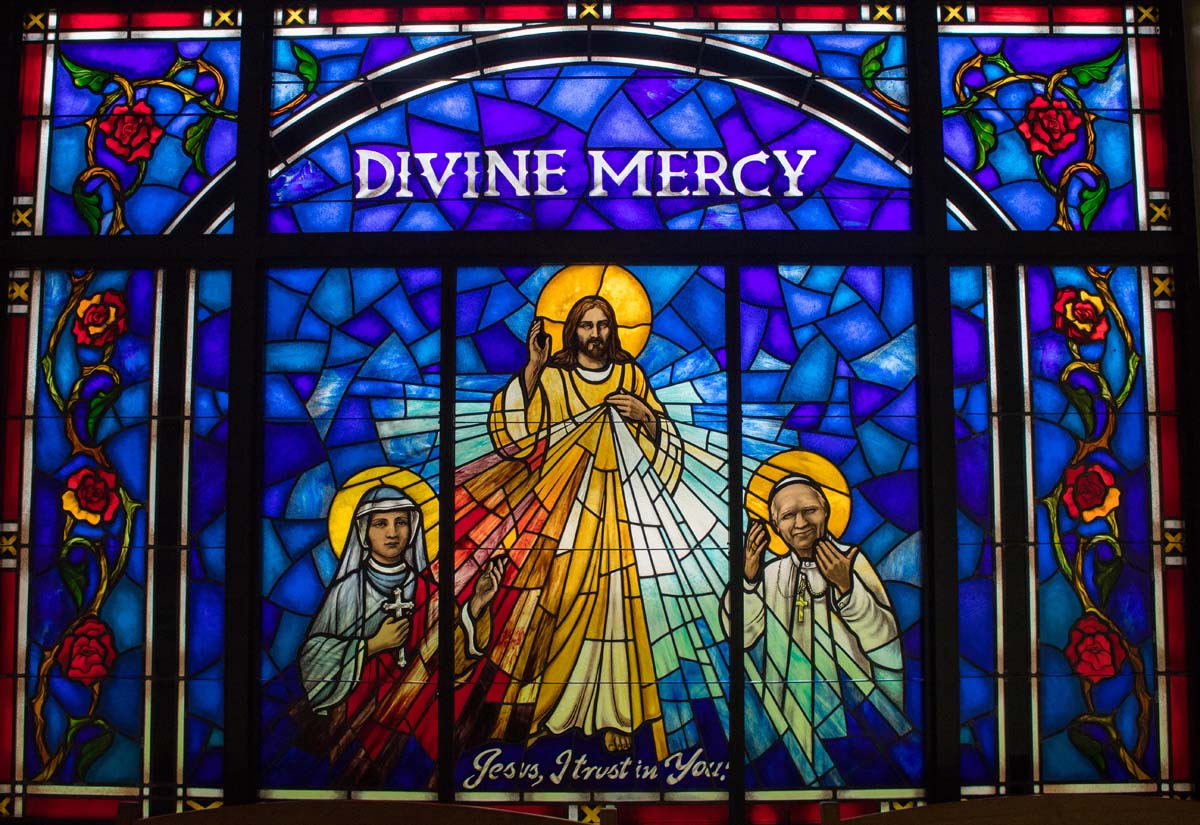 An upcoming concert named after the Divine Mercy image will take place on Sept. 9 at Annunciation Catholic Church in downtown Houston. (Photo by James Ramos/Herald).

HOUSTON — In 2019, the Church of the Annunciation celebrated 150 years since the laying of the cornerstone at 1618 Texas Avenue. The festivities commemorated a well-documented 1869 event that was carried out with pomp and ceremony.

As part of the festivities, composer Daniel Knaggs was commissioned to add a new “Ave Maria” to his 50-Year Ave Maria Project to celebrate the occasion and add to the beautiful legacy established by Annunciation many generations ago. The concert is set for Thursday, Sept. 9, at 7:30 p.m., followed by a second performance at South Main Baptist Church on Friday, Sept. 10, at 7:30 p.m. Four renowned soloists featured are Sasha Cooke, Mark Diamond, Chris Bozeka and Caitlin Aloia.

The University of Houston Concert Chorale gave this new song a magnificent premiere performance under Dr. Betsy Cook Weber at a special concert held at Annunciation in April 2019.

Now in 2021, the Church of the Annunciation is celebrating 150 years since the dedication of the small basilica-style church in downtown Houston.
This time, Annunciation will continue the festivities by hosting a rare and special world premiere concert of Daniel Knaggs’s major new work, “Two Streams.” This new composition is a concert-length cantata for choir, soloists and string orchestra, drawing on Scripture and the diary of St. Faustina Kowalska.

Knaggs said, “‘Two Streams’ explores the timeless message of mercy as proclaimed through the hidden (but meaningful) life of St. Maria Faustina Kowalska.”

The new composition also has a deeply personal significance to the composer, as it is dedicated to the memory of his father, Charles Knaggs, who died in 2019, whom Knaggs described as “undoubtedly the individual most supportive of me and my music.”

Knaggs decided to compose versions in both Polish and English simultaneously. He was originally approached by the organizers of the Musica Vera Festival in Torun, Poland, where plans were set to premiere “Two Streams” in Polish in October 2020. Because of pandemic-related cancellations, the scheduled Polish premiere was postponed until October 2021, where Knaggs will conduct.

In discussions about possible anniversary events, Father Paul Felix, pastor of Annunciation, was immediately drawn to the idea of holding the English premiere (and now world premiere) of “Two Streams” at the church.

Performing forces for the premiere of “Two Streams” include the 2020 Grammy Award-winning Houston Chamber Choir, under the direction of Bob Simpson, Kinetic, a string ensemble under the leadership of Natalie Lin Douglas, and four world-class soloists. All have ties to the Shepherd School of Music at Rice University, where Knaggs completed his doctorate in Music Composition.

As a freelance composer, Knaggs pursues a wide variety of compositional projects for many types of occasions. Recently, Knaggs has been invited to serve as a panelist in events held by the Benedict XVI Institute for Sacred Music and Divine Worship in San Francisco. This institute, under the spiritual direction of Archbishop Salvatore Cordileone, describes its unique mission as “opening the door of Beauty to God.” The institute’s core vision states that “the greatest art, the greatest Liturgy the Catholic Church has ever produced is yet to come.” Knaggs was one of four composers commissioned by the institute to write a new work for a 2022 Lenten service to be presided over by Archbishop Cordileone.

A native of Michigan, Knaggs remembers fondly his time as director of music at St. Martha’s in Kingwood from 2016 to 2019). During that time, Knaggs also organized and directed the Serran-sponsored Adoration by Candlelight series at St. Mary’s Seminary and directed music for several Masses at Café Catholica.

Currently serving as visiting assistant professor of Composition and Theory at the College of Wooster in Ohio, Knaggs now makes a special return to Houston for the premiere of “Two Streams.”

Funds are being raised to make this concert a reality with the help of many underwriters, particularly the Scanlan Foundation, with its mission to provide the world a Catholic experience of the Beauty of God through the arts.

Tickets are available for the premiere. To view a short preview trailer for the concert, visit acchtx.org. All are welcome to underwrite or purchase guest tickets online.