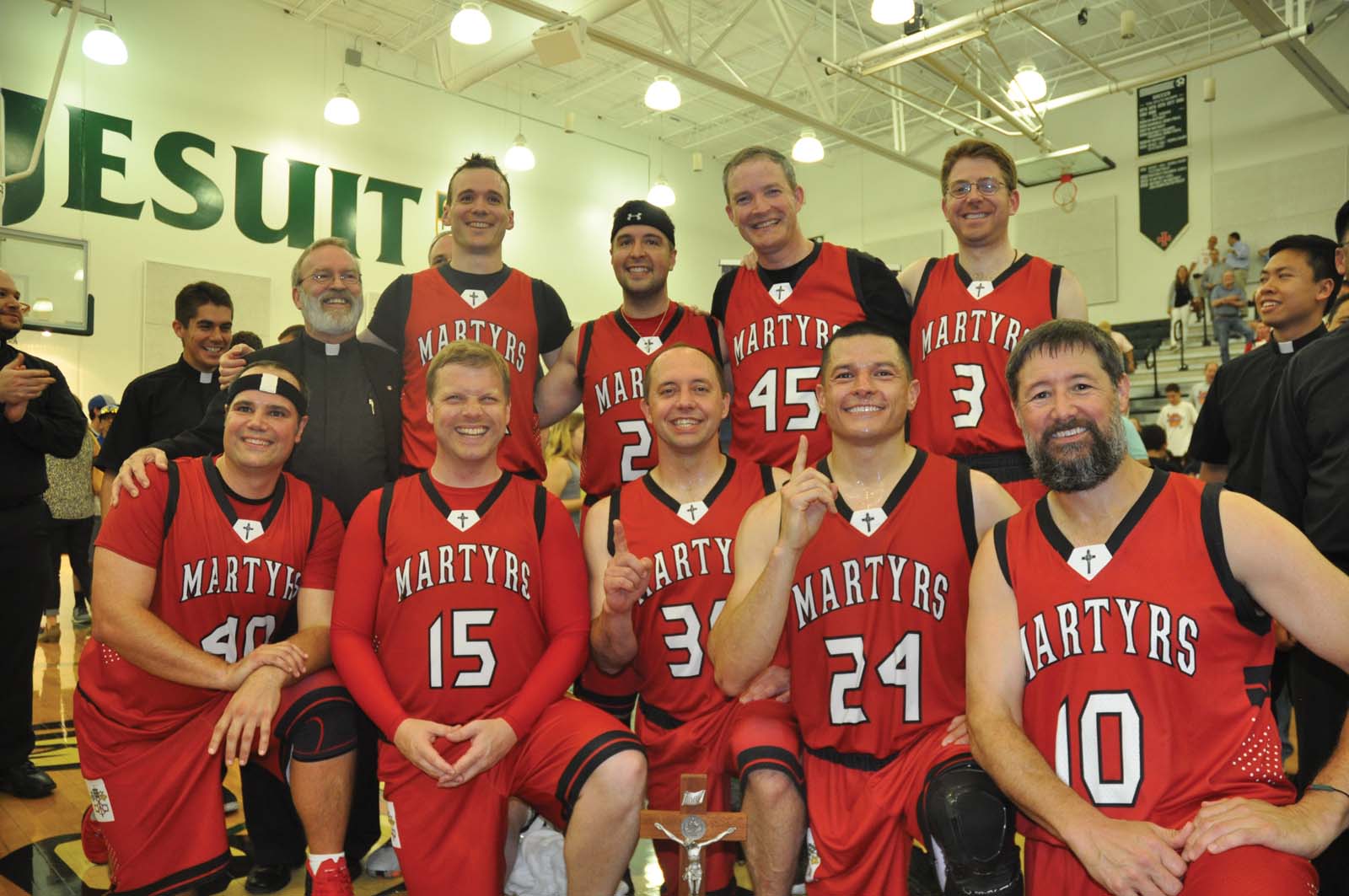 The game was held at Strake Jesuit Competition Gym, which was filled with an estimated 3,000 who watched the 30-35 participates shoot hoops.

The game began with prayer and the national anthem sung by students from St. Elizabeth Ann Seton Catholic school. The priests team, the Martyrs, won the inaugural shootout 50 to 47.