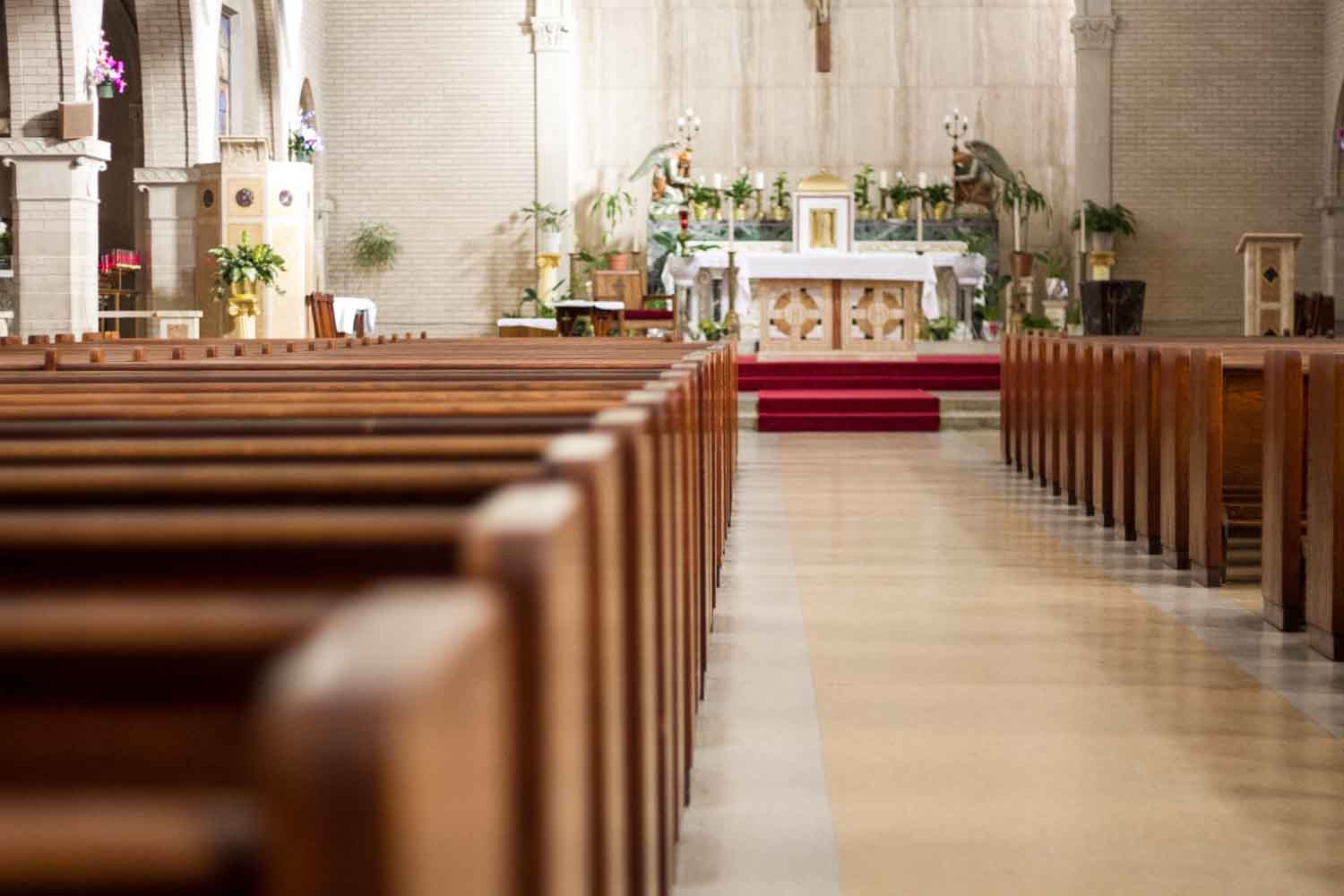 The Blessed Sacrament is seen at Immaculate Conception Catholic Church in Houston. The Archdiocese announced the reopening of parishes in the Archdiocese, starting May 2 for private prayer, Mass and other sacraments after austere statewide measures ended. (Photo by James Ramos/Herald)

HOUSTON — With Daniel Cardinal DiNardo giving approval for priests to reopen their churches if correct safety protocols are in place, several Catholic churches opened their doors the weekend of May 2 to 3 with more expected to ease back into reopening by May 9 to 10.

Some parishioners, who previously were limited to months of livestreaming Mass online, wept for joy at receiving the Eucharist once again. The number of Mass-goers varied with hundreds attending large suburban churches, while about 40 parishioners each or less attended smaller inner-city churches.

Following Texas Governor Greg Abbott’s late April announcement of a phased reopening of Texas, the Archdiocese announced April 29 that its may resume the celebration of Mass in their churches starting May 2 provided they adhere with state guidelines.

Those requirements included maintaining a 25% capacity threshold in each church, wearing masks, social distancing, and church personnel properly sanitizing commonly used surfaces such as pews between each service. Cardinal DiNardo encouraged parishes to reopen for several hours for daily private prayer, as well as offer the Sacrament of Reconciliation.

Each parish plans will be different, so the Archdiocese encouraged parishioners to contact their parish office for details. A number moved to reopen the first weekend in May, while others chose to reopen later.

Cardinal DiNardo reaffirmed that, even with the phased reopening, the obligation to attend Mass on Sundays and Holy Days remained suspended in the Archdiocese during the COVID-19 pandemic.

The Archdiocese strongly encouraged senior citizens over 65, those who may be sick or have compromised health to remain home and continue watching Mass online.

“The past several weeks have been a great trial for our world and for our communities as we cope with the hardships caused by the COVID-19 pandemic,” Cardinal DiNardo said. “In addition to the great suffering of the sick and dying, many have struggled with isolation, financial hardship and other stresses.”

St. Martha in Kingwood and St. Anthony of Padua in The Woodlands were among the larger parishes that celebrated public Masses the weekend of May 2 to 3 with congregants in the pews wearing masks and abiding by social distancing.

About 250 parishioners at St. Martha greeted Pastor Father T.J. Dolce with applause as he began Mass. Another dozen parishioners in Kingwood sat in lawn chairs outside the church, listening to the homily broadcast over a speaker.

“It took true teamwork in getting the church prepared, closing off and cleaning the pews, and organizing ushers to seat families,” said Stephen Lenahan, St. Anthony’s director of communications.

About 190 parishioners came to one of its larger Masses at St. Anthony of Padua over the weekend of May 2 to 3 that normally has a capacity of 1,500.
Father Miguel Solorzano, pastor at St. Charles Borromeo with predominantly Hispanic parishioners, said only a handful attended Mass in person with most being cautious and continuing to view the Mass via livestream.

“They are being careful, which I understand. But we are following all the protocols,” Father Solorzano said.

Father Victor Perez, pastor of St. Joseph Catholic Church, said the downtown-area historic church only had about 40 attending Masses over the May 2 to 3 weekend but expects the numbers to grow back slowly.

Being interviewed by the media while he kept his mask on, Father Perez said, “We are doing well. I think Cardinal will be proud.”

Nearby, the Co-Cathedral of the Sacred Heart in downtown Houston was also one of number of parishes that celebrated public weekend Masses during the second weekend in May. The parish began daily Masses on May 4.

Like the other parishes, clergy and staff took clear stances on social distancing and sanitation measures during and between each of the four Masses of the parish’s modified Mass schedule.

“I love you and I have missed you. I have been praying for all of you, and I am looking forward to seeing each of you in the coming weeks.”

In his May 3 letter to parishioners, Father Lawrence Jozwiak, rector and pastor of the Co-Cathedral parish, said, “I love you and I have missed you. I have been praying for all of you, and I am looking forward to seeing each of you in the coming weeks.”

He encouraged the congregation to continue praying for the end of the pandemic, for those “so adversely” impacted and for healthcare professionals and first responders, among others.

At St. Bartholomew Catholic Church in Katy, Father Christopher Plant, pastor of the church, was relieved to look out from the altar at the start of Mass and see his parishioners looking back at him. Then they prayed the Sign of the Cross together for the first time since the pandemic gripped the Archdiocese and the world.

After weeks of celebrating Masses privately and shared via livestream, which Father Plant called “surreal,” he said it was “wonderful” to see “the faces” of “the people that I miss and that I love. To actually see their faces makes all the difference.”

Even with livestream Mass and devotions, Father Plant knew his parishioners were looking at him, but he struggled with not being able to see their faces as well.

He recognized the strength in his parishioners in “how they have persevered through this time to the point where now they were willing to do what it takes to get here to be at Mass.”

The parish reopened their church for Masses using a lottery system to give parishioners an equal chance to attend Mass. Like dozens of other parishes around the Archdiocese, St. Bartholomew will continue livestreaming Masses online for those who are unable to attend Mass in person for a variety of reasons.

Father Plant encouraged those who remained at home to use this time of quarantine as an opportunity to “grow deeply in our faith because when there are times of trial, we grow in the faith because of the grace of our Lord Jesus Christ.”

“We are experiencing a time when God’s grace conquers over all things and time and space and disease cannot separate us from the love of Christ,” he said. “Just like what St. Paul says, ‘What can separate us from the love of Christ? Trial, persecution, the sword.’ And he says, no, no, we are made conquerors in this time, if we persevere with Him.”

Father Dolce in Kingwood talked with parishioners as they walked back to their cars, asking about family members and offering up blessings.

“This feels like a family reunion,” he said. “It makes me think that there’s a light as the end of this tunnel.”