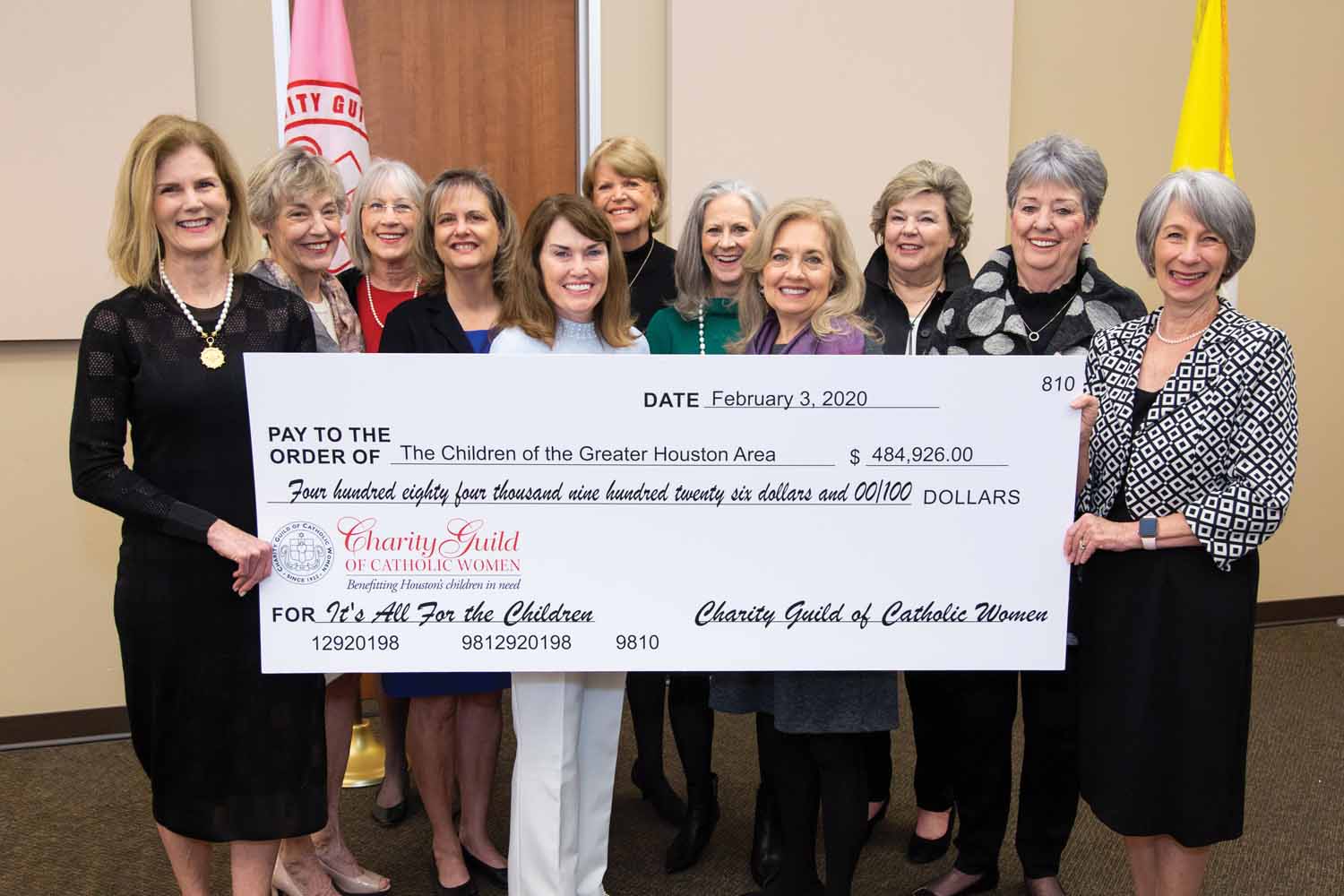 HOUSTON — On Feb. 3, the Charity Guild of Catholic Women awarded $484,926 to 47 nonprofit organizations to help children in need in the Greater Houston Area.

The Charity Guild, originally founded in 1922 to support what is now the San José Clinic, presented the check at the Charity Guild Shop at 1203 Lovett Blvd. in Houston.

Among this year’s beneficiaries was first-time awardee O’Connell College Preparatory School in Galveston, who plan to use their grant for The Guardian Angel Tuition Relief Program.

“This program provides tuition assistance to needy students based on financial hardships or loss of employment,” Principal Patti Abbott said. “In return for the tuition relief, families donate community service hours in the greater Galveston area.”

Other recepients are The Rise School, which focuses on the needs of toddlers and preschoolers who have developmental disabilities; Undies for Everyone, which distributes undergarments for more than 8,400 students in the Houston area; Casa de Esperanza de los Niños, which houses children from unsafe and sometimes life-threatening living environments; and Cherish Our Children Inc., an organization that works with children whose parents have been incarcerated.

The Children’s Charities Grant presentation reflects the significant partnership of volunteers, consignors, customers and community since its inception.

One of the oldest non-profit organizations in the Greater Houston Area, the Charity Guild of Catholic Women continues their support to San José Clinic. Plans are underway to celebrate the Centennial Anniversary which will take place in 2022.