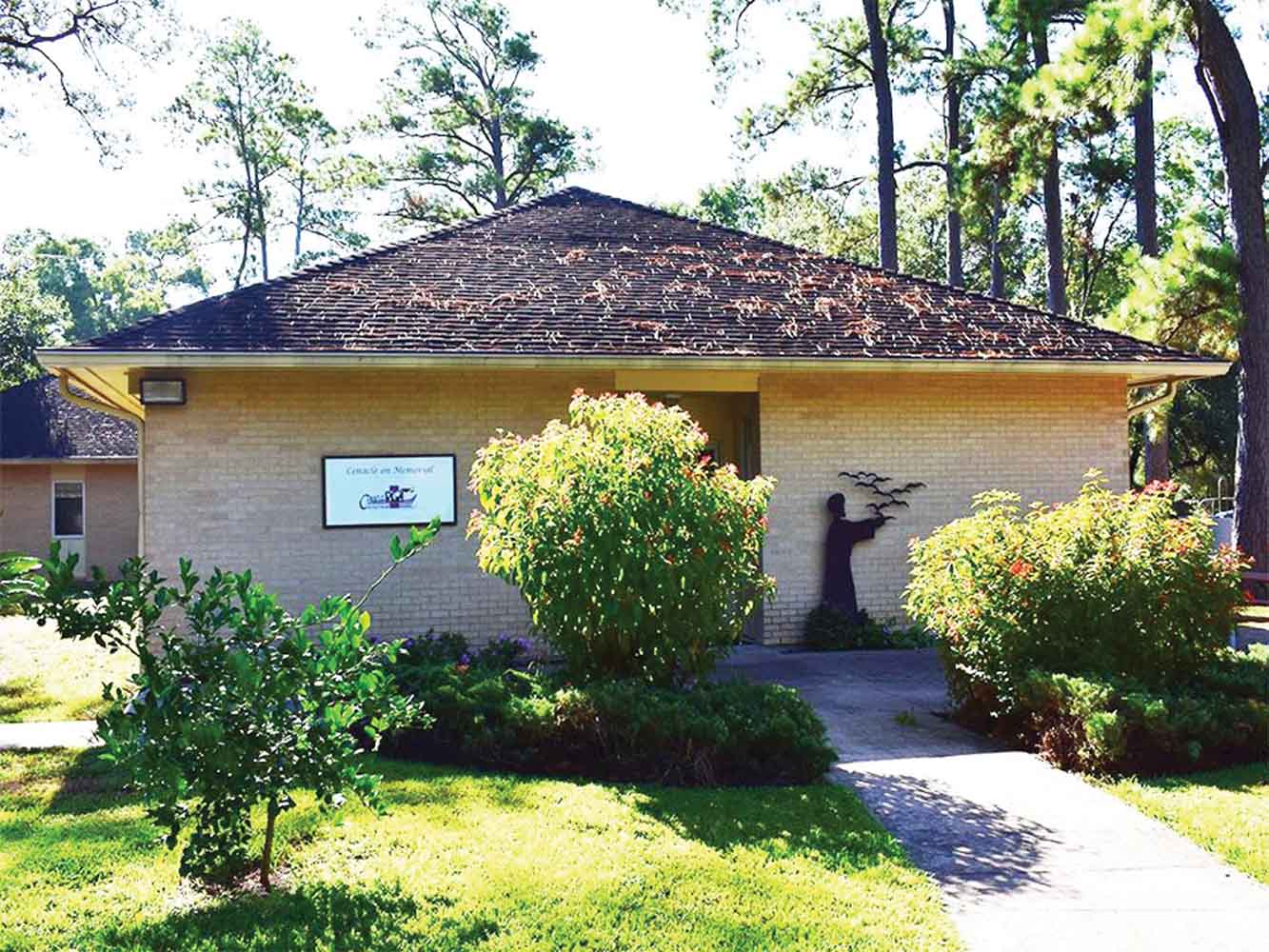 The new center is “rooted in Cenacle Spirituality, grounded in prayer, and ecumenical in nature,” according to an April 23 letter from the Cenacle Sisters.

Though the Cenacle Retreat House closed, the Cenacle Sisters remain in the Archdiocese to continue their longtime ministries.

‘We carry each of you with us’

The decision to close the Retreat House and their other venues around the country came in January 2020, well ahead of the COVID-19 pandemic. The congregation’s administration discerned that it should focus its energies on its ministries instead of the administration of retreat centers.

Like other religious institutions, the retreat house also had to suspend in-person ministries during the pandemic, in essence closing the physical doors of the house earlier than planned.

In her Easter 2020 message, Sister Pamela Falkowski, r.c., provincial superior for the community, said that even though the pandemic forced the early closure, “this disease cannot corrupt and will not prevent a ministry of presence and prayer.”

Inspired by their namesake’s message of the Last Supper, Sister Falkowski said sisters had surrounded themselves with the cloak of the Paschal Mystery.

“We carry each of you with us on this uncharted journey,” she said. “Confident in the prayer of Jesus during His last supper discourse that we are all one in Him as He is in God the Father (John 14:20) and empowered by the resurrected Christ for whom closed doors were no impediment, know we are with you in every circumstance at this moment.”

More than 65 years of ministry in Houston

The Cenacle Sisters arrived at the invitation of Galveston-Houston Bishop Wendelin Nold in the early 1950s.

They resided at the original Scanlan House, located in what is now Sienna Plantation near Missouri City in Fort Bend County, which officially opened with a Mass celebrated by the priests of the Congregation of St. Basil on Oct. 9, 1955. The sisters worked to restore the property that had been abandoned for five years. Soon, the home was opened to welcome guests for ministry.

Eventually, the sisters desired a location closer to Houston’s city center. They purchased nine acres of land that was surrounded by Buffalo Bayou on three sides. Here they built the new Cenacle Retreat House, where it would remain until its destruction by Hurricane Harvey in 2017. The retreat house thrived as it offered a quiet space of “peace and prayer.”

Throughout their long history in Houston, the sisters have served in many capacities throughout the Archdiocese. They have served at the University of St. Thomas, in parishes and various ministries, as well as lead weekend retreats, day programs, spiritual workshops, training at various parishes and ongoing spiritual direction.

In 2015, the congregation marked its 60th anniversary of ministry in Houston.

“Over the years, like leaven, the Cenacle has been quietly involved in Vatican II’s call to develop the ministry of the laity,” Sister Lois Dideon, rc, told the Texas Catholic Herald in 2015. “This has been evident not only in the training programs in parishes and at the retreat house, but also in the support offered by way of spiritual direction to those ministering in the churches in the Archdiocese.”

The congregation is certainly no stranger to transition.

The Cenacle Retreat House on North Kirkwood Road, located on the banks of Buffalo Bayou where the congregation resided, had suffered catastrophic flooding during Hurricane Harvey.

Surrounded by rising waters from Buffalo Bayou, the sisters were rescued by boat, forcing the community to shift overnight to a new location and a new home. The sisters donned demolition and clean-up gear to clean up and save what they could from their homes and property. Eventually, the Cenacle reopened in a new location just 10 minutes away from their previous site.

During that time, the sisters moved temporarily to Holy Name Retreat Center, then permanently to the convent of the Houston Dominican Sisters on Almeda Road near the Texas Medical Center, where they continue to reside today.

The sisters then rented an education building at Memorial Drive Lutheran Church, where, after cleaning, painting and moving donated furniture and books to the new Cenacle on Memorial, the sisters continued their ministries.

With the decision to close the retreat house, the Cenacle Sisters devoted a lengthy period of discernment and vision casting with a group of 68 people — staff spiritual directors, associates and friends — that would eventually start the new Emmaus Spirituality Center.

The lay-run center, located at 12211 Memorial Dr. in Houston, provides the same ministries and efforts as the Cenacle on Memorial. Cenacle-trained staff will form new spiritual directors at the Spiritual Direction Institute, as well as offer spiritual direction, lead retreats and provide spiritual programs.

“Especially in this moment, as we continue to live with the challenges of the COVID-19 crisis, it is truly a blessing to witness how God continues to create something new,” they said in their April 27 letter. “We look forward to our continued collaboration with this group of gifted spiritual directors as we work together to serve the spiritual needs of the people of God in the Texas Gulf Coast area.”

For more information about the Emmaus Spirituality Center, visit www.emmausspiritualitycenter.com online or call 281-241-9678. †