Celebrating the past, embracing the future: St. Mary's Seminary

By Deacon Matthew G. Suniga, Special to the Herald 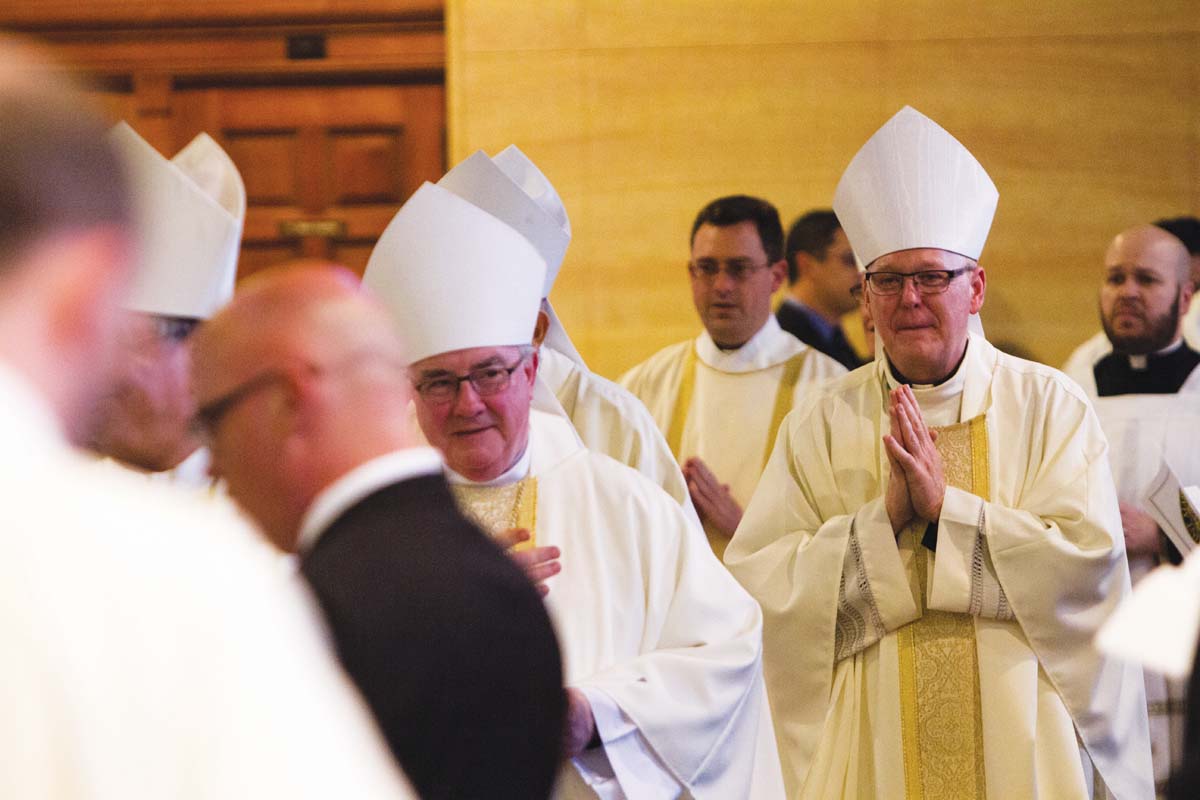 Bishop Brendan J. Cahill of Victoria, at right, processes into St. Mary’s Seminary Chapel on Oct. 27 during the seminary’s reunion celebration. At least nine bishops and dozens of priests gathered with seminarians, faculty, staff and friends of the seminary for an alumni reunion. Photo by James Ramos/Herald.

HOUSTON — On Oct. 26, nine bishops and dozens of priests joined the seminarians, faculty and staff of St. Mary’s Seminary for an alumni reunion to commemorate the seminary’s heritage while looking forward to its future.

The theme of the celebration was Psalm 127: “Unless the Lord build the house, those who build it labor in vain.” This theme refers not only to the current and future improvements to the seminary’s physical plant, but, more importantly, to the work of building up the Church through the sacred task of priestly formation.

The evening began with Mass in the seminary’s chapel, presided over by the Bishop David Konderla of Tulsa, Okla. and a member of the seminary’s class of 1995. Daniel Cardinal DiNardo was also present for the Mass, and later presided over the blessing of the site where a new dormitory will be built to meet the needs of future seminarians.

Later in the evening, attendees moved to Bishop Nold Education Center for the unveiling of the portraits of 21 seminary who have been ordained to the Order of Bishops since the seminary’s founding in 1901.

After dinner in the Borski Center, the alumni and other guests were treated to a panel discussion in which the alumni bishops present for the event shared stories of their time as students at the Seminary. The masters of ceremony for the dinner program were Monsignor Chester Borski, pastor of St. Martha Parish in Kingwood, and Bishop Brendan Cahill of Victoria, a former priest of Galveston-Houston.

The highlight of the panel discussion was the storytelling done by Archbishop Emeritus Joseph A. Fiorenza of Galveston-Houston and Bishop Emeritus John McCarthy of Austin. With their engaging blend of history and humor, the two bishops had the audience laughing as they spoke of their experiences at the seminary’s original campus in La Porte.

The event was also an opportunity to recognize the seminary’s alumni priests for their many contributions to the Church in Texas and beyond.
Now in its second century, St. Mary’s Seminary continues its mission of forming men to serve as pastors for God’s Holy People, bringing the light of love of Jesus Christ into all the world.