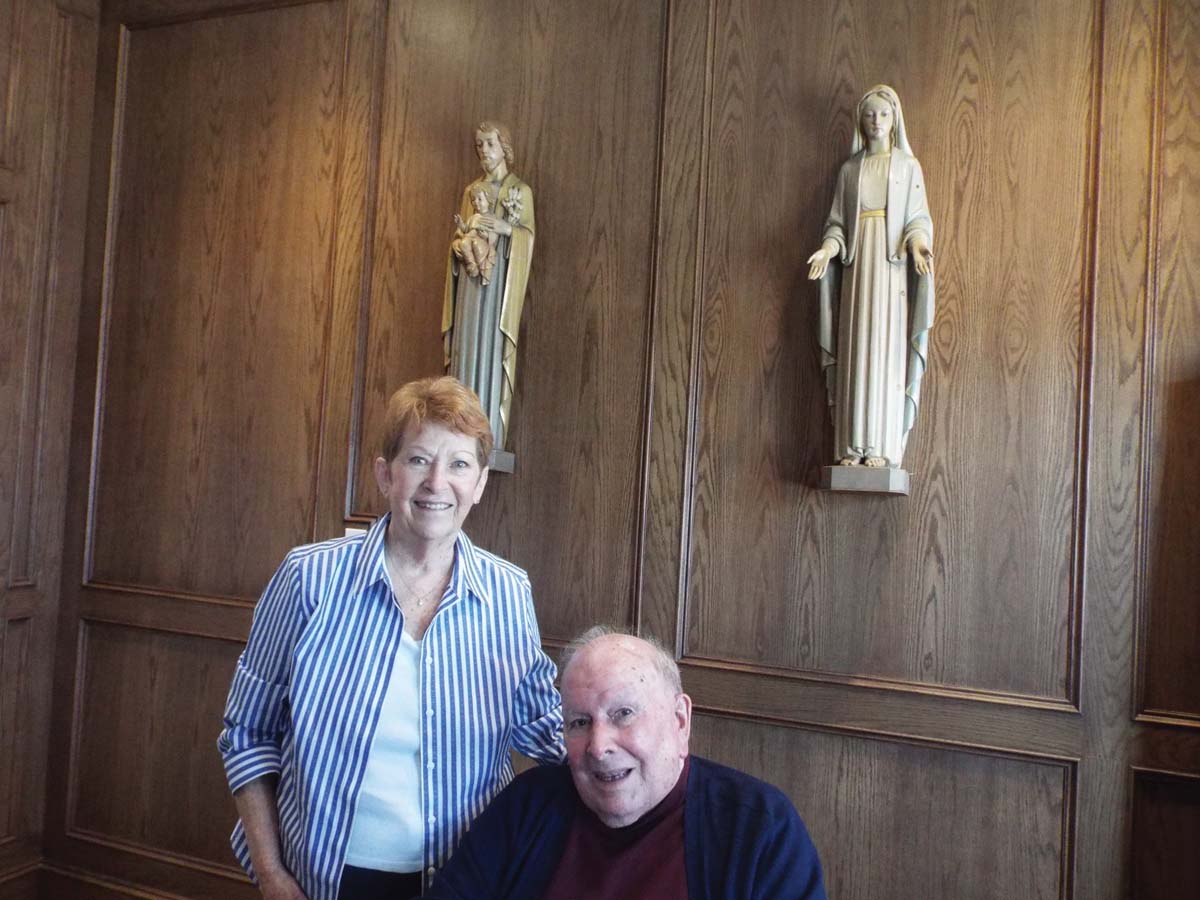 HOUSTON — Sixteen years ago when Bishop Vincent Rizzotto and then-CEO of St. Dominic Village Susan Stromatt chatted about starting a golf tournament, they didn’t realize they would raise more than $1 million over the years to help elderly residents of the Archdiocese’s senior care community.

“I thought a few thousand dollars would help both the priests and the laity, but the response was overwhelming,” said retired Auxiliary Bishop Vincent M. Rizzotto. Now 87, he has lived for the past four years at St. Dominic Village, a peaceful, landscaped campus near the Texas Medical Center.

He remains dedicated to help cover costs of compassionate care through the 16th Annual Bishop Rizzotto Golf Classic on March 7 at the Wildcat Golf Club. Almost 50 percent of the 300 long-term residents are subsidized in part by St. Dominic Village for expenses not covered by Medicaid.

“It is only with the support of our friends, donors, vendors and volunteers that we continue to carry out our mission,” he said.

Sponsors include the Marek Family Foundation, Mrs. Raye G. White and Healthcare Services Group. Lunch and dinner will be provided by Tony Mandola’s Gulf Coast Kitchen and the Ragin’ Cajun. As registered golfers check in, they will be greeted with hand-rolled cigars and refreshments.

Stromatt said she and Bishop Rizzotto will ride around in a golf cart visiting all those participating.

“Everyone loves the personal touch. Many good things grew from this event,” she said.

In addition to his pastoral care as a priest at All Saints, St. Francis de Sales and at St. Cecilia parishes, he was appointed as Auxiliary Bishop of Galveston-Houston in 2001 by then-Pope John Paul II. He received his episcopal consecration from Archbishop Joseph A. Fiorenza, with then-San Antonio Archbishop Patrick Flores and then-Austin Bishop John McCarthy as co-consecrators.

Recalling his work with Archbishop Fiorenza, Bishop Rizzotto said they accompanied each other to march in Selma with Martin Luther King.

“I was just struck by all the barriers and the number of state police,” he said. “While in Selma, we attended the funeral of the United Church of Christ pastor James Reeb, who was killed in the protests.”

Reeb, an Anglo, was beaten by white segregationists in 1965, dying of head injuries in the hospital two days later. The alleged assailants were acquitted by an all-white jury later that year.

“We heard Martin Luther King Jr. preach at the funeral and announce that, for the first time, the government had cleared the way for a public demonstration in support of integration,” he said.

“We’ve improved somewhat as a society,” Bishop Rizzotto said. “But I remember all of us as priests, nuns, ministers, black and white, of all colors and persuasions on the march holding up the Gospel as the way of life. And that is still true today.”

He turned that into further action, helping to form the Catholic Interracial Council in Houston and Project Equality. Even before Equal Employment Opportunity was passed into law, the bishop asked Catholic and non-Catholic churches alike to consider using their buying power with merchants to ask companies to sign a contract agreeing to hire African-Americans.

Now with the debate of whether to continue building a wall across the U.S.-Mexico border growing, Bishop Rizzotto said he agrees with Pope Francis, whom he visited with while in Rome in 2014.

“We need to build bridges, not walls, like the Pope says,” agreed the bishop, growing up in Houston as the youngest of nine children with his own immigrant parents coming from Sicily.

That spiritual closeness with his family and community, attending Holy Name Catholic School and St. Thomas High School, may have all prompted his call to the priesthood. After attending St. Mary Seminary, in La Porte at the time, he was ordained in 1956. He continued his studies at Catholic University of America in Washington, D.C. to obtain a Licentiate of Canon Law in 1963, serving on the diocesan marriage tribunal and became the Officialis from 1967 to 1972.

His faith continues to grow, and supporting the Bishop Rizzotto Golf Classic is just one of the ways that he stays connected with the community.

“Golfers come out each year because of the love and admiration for the bishop. It is full circle that bishop started this fundraiser 16 years ago for St. Dominic Village and now he lives here,” said Kimberly Elliott, the facility’s director of development.

For more information to support the tournament or how to make a difference in the lives of St. Dominic Village residents, call 713-741-8722 or email kelliott@stdominicvillage.org. The nonprofit programs include the Rehabilitation and Nursing Center; the Assisted Living; and the Independent Living and the Archbishop Joseph A. Fiorenza Priests Retirement Residence at St. Dominic Village.