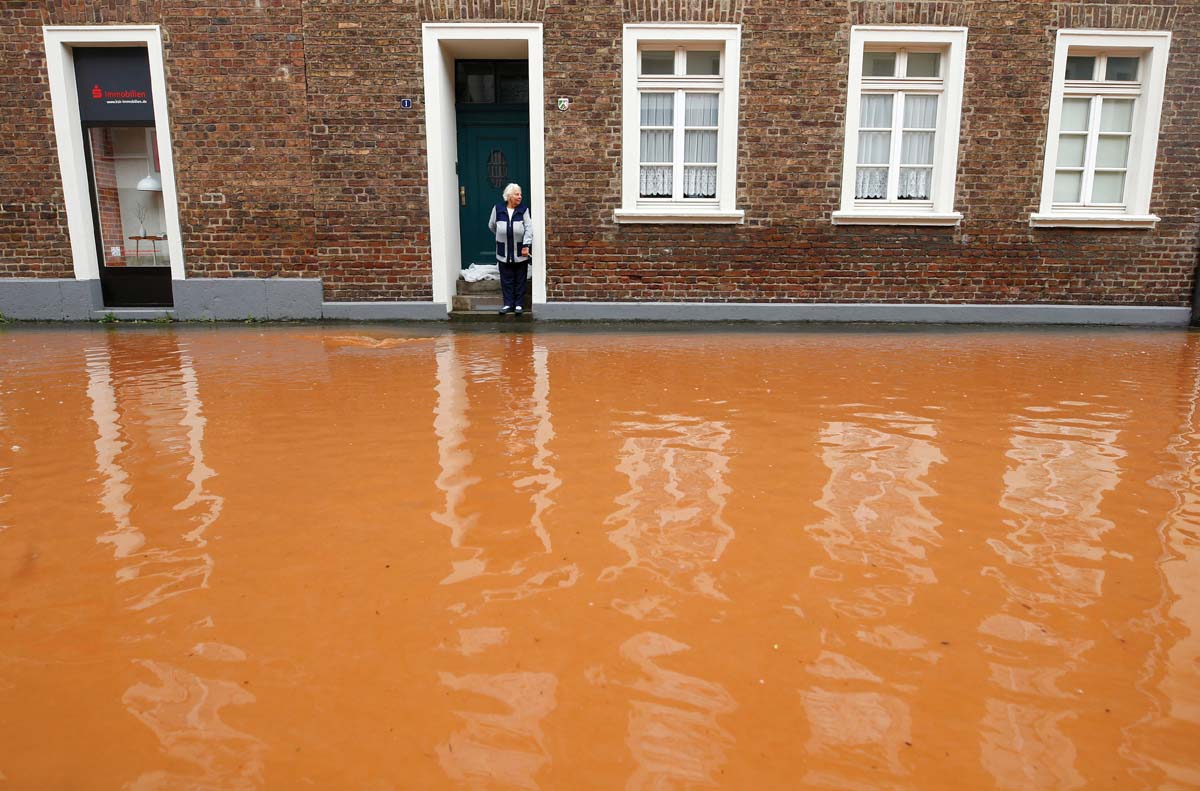 HOUSTON — More Catholics are openly supporting an action they believe can effectively combat the negative impact of global warming — a price on carbon dioxide emissions.
Their growing support comes on the heels of Pope Francis’s plea for all Catholics to acknowledge the environmental challenges faced by today’s world. A recent virtual conference on climate change further explored the idea of a carbon tax in hopes of bringing it one step closer to reality.

The May 15 online event marked the sixth anniversary of Pope Francis’ encyclical Laudato Si: On Care for Our Common Home, a 2015 letter to Catholic bishops that was the first to focus on the planet, its destruction and global warming. In it, the pope urges people to take “swift and unified global action.”

“We believe that coming together we can make a difference, an impact on our environment. We can create a more just society that is at the same time more sustainable,” said guest speaker Bishop John Stowe, who leads the Diocese of Lexington.

“Pope Francis refers to the earth as home, our common home, and he lists the company of scientists, philosophers, theologians and civic groups among those who recognize the need to do something about the destruction of the planet,” Bishop Stowe continued.

With that in mind, conference attendees, including laymen, Catholic bishops and environmental leaders, took the time to tout the specific climate change solution they believe is “eminently doable,” said Bishop Robert McElroy, who leads the Diocese of San Diego.

“And to bring to our public officials the demand that a real program addressing climate change and the expectation of our natural resources go forward. The carbon tax is a central element of that. It’s a way of ensuring, in an economically sound manner, that the carbon that we put in our atmosphere is reduced in the years to come,” added Bishop McElroy, who also is an outspoken proponent of the urgent need for the Catholic Church to address climate change. “In our understanding, we must act. We cannot be passive in this fight because this is the fight of the future of humanity.”

Putting a price on carbon dioxide emissions is an effective way of bringing action that will have an impact, but only if Congress passes it as a bill. So non-partisan advocacy groups such as Citizens Climate Lobby (CCL) are working to do just that.

“CCL’s focus is to convince Congress to enact carbon legislation, and our conference’s purpose was to show Catholic support for a price on carbon,” said Roger Ingersoll, a parishioner of St. Anthony of Padua Catholic Church in The Woodlands and CCL member.

“And what better way to do that than to have a couple of bishops speak forcibly and eloquently about the need to put a price on carbon,” Ingersoll said. “People of faith need to raise the alarm.”

Ingersoll noted that a Catholic Action team, to urge support among Catholics, is among the 50 various action teams that fall under the CCL umbrella.

“We are all focused on one goal, and that is to enact carbon legislation action,” he said. “We are all working towards the same thing but have different ways to achieve that.”
About 800 people registered for the May conference. Since it was virtual, it allowed over 400 people from across the country to participate in the four-hour online platform.
There were breakout sessions and several keynote speakers, including Bishops McElroy and Stowe.

“The idea of carbon pricing is one very concrete and effective way of bringing action that will have an impact. The pope says we can’t ask the poor to pay for the solutions caused by the industrialized giants,” Bishop Stowe said.

“Concrete action is necessary, and something everyone can do is to be engaged in promoting legislation for carbon pricing — a fair way of placing the burden on those who are responsible as well as offering incentives for changes to a more green economy,” Bishop Stowe added.

At a glance, Ingersoll explained the proposed legislation like this: Someone who has a 20,000 square-foot home has a high-carbon footprint, but someone with a bicycle has a low-carbon footprint. The tax (really a fee) creates an incentive to change behavior because it’s more expensive to burn more gas and electricity (such as inside the large house).

“Economists will tell you that if you want less of something, then tax it, and this is the best way to equitably spread the burden,” Ingersoll said.

The proposed bill, called the Energy Innovation and Carbon Dividend Act, has about 80 co-sponsors. Ingersoll and other proponents said climate control is a dire situation that must be addressed immediately, and they are fighting for a change.

“I became a grandfather, a scuba diver and also worked in the Arctic and all those three things are being impacted by climate change significantly,” added Ingersoll, a retired engineer with ExxonMobil.

The Sisters of Charity of the Incarnate Word in Houston is known to be climate champions locally. Sister Ricca Dimalibot, CCVI, MD, also a conference guest speaker, explained how faith and the need to care for creation go hand in hand.

“The Sisters of Charity made a commitment for the next four years to focus on care for creation, among other chapter directions, when the chapter was convened in 2018,” Sister Dimalibot said.

“But even since the ’70s and ’80s, we’ve had a lot of initiatives at the convent to recycle and to conserve energy. We use energy-efficient products, so we’ve always been mindful of caring for the creation, and that is very compatible with our vows.”

Sister Dimalibot agrees that support for a carbon tax is growing, especially at the grassroots level.

“What’s amazing about it is that this is a grassroots project,” she said. “It didn’t come from a cardinal or bishop. These are all lay people who are mobilizing the Catholic community to put the spotlight on the care of creation and make it one of the priorities of the Catholic Church. We are in a very good position to be doing this.

“I think one in every five Americans is Catholic, and we have roughly 67.6 million Catholics in the U.S., and I think about 1.7 billion in the world. Can you imagine if every one of those Catholics would make a commitment to stop buying plastic water bottles? That’s a lot of clout for the Church.”

All agree that there is a definite connection between God and the preservation of the earth. Considering that, environmental issues should be front and center, even for the faithful.

“I truly believe that if we believe that we are created out of love, then whenever we show our love for creation and each other, then we are really honoring God, and we see God in every creation,” Sister Dimalibot said.

“If we lose our intimacy with creation, then we are denying our love of God because what God created is just being taken for granted. Like not buying the water bottle, all of those little things are an expression of love.”