By Leslie Barrera, Special to the Herald 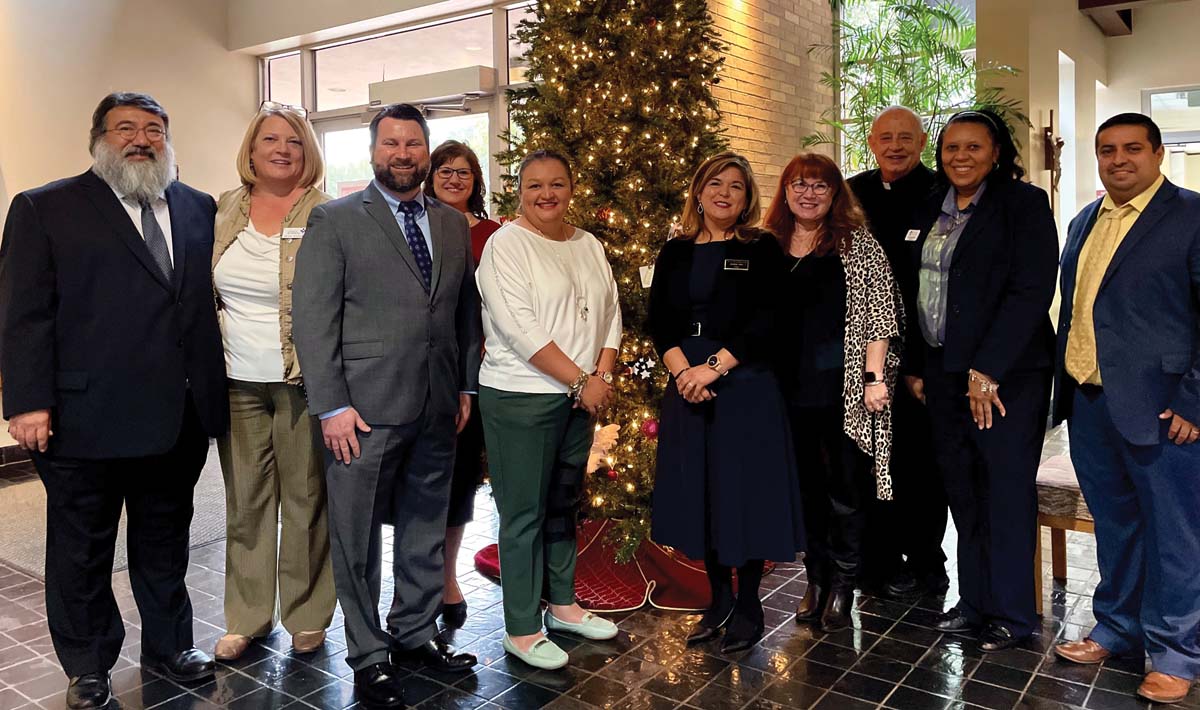 HOUSTON — For the eight campuses that make up what has been historically known as the Inner City Catholic Schools (ICCS) group within the Archdiocese of Galveston-Houston, there is an extra special reason to celebrate this Christmas season—they will be starting the new year off with a brand-new name: The CROSS Academies.

The acronym encompassed in the name, Christ’s Reflection of Service Schools, is a reflection of the heart of service that is found in the mission of Catholic education and of Jesus Christ, who is held to be the unseen teacher in every Catholic school.

Since the beginning of the academic year, the members of the ICCS Operational Vitality Taskforce, chaired by Román Martinez, have been hard at work in consultation with the Catholic Schools Office and the pastors and principals of the eight campuses. Together they assessed the best ways to serve and strengthen their communities. It was determined that the schools needed a new name to celebrate the unity of their commitment to Catholic education while preserving their campus’s uniqueness, strengths, and legacy of academic excellence.

For more than 40 years, the ICCS have been a group of schools that offer a quality Catholic education to students in historically underserved areas in the Archdiocese. They receive additional operational support from The Cardinal’s Circle, generous donors and other Archdiocesan funding to make Catholic education available to more students each year.

Over time, the term “Inner City” no longer adequately described these campuses, as they are not all located within the inner loop of Houston. Upon hearing that the schools were ready for a new organizational name, it was the recommendation of the ICCS Operational Vitality Taskforce that the marketing committee assist the group in selecting a new name that served the needs for:
I. Catholic identity; II. Empowerment; and III. Longevity.

To John William Bates V, principal of Assumption Catholic School and a member of the task force, the name change just makes sense. “Assumption is not located in the inner-city of Houston, so the moniker of ICCS never really fit our community well,” he said.

“We supported the re-branding of our schools so that others could see us for what we do, not where we are located. We are excited to move forward as a CROSS Academy as we feel the brand better communicates our mission. Christian service to others, especially those of greatest need, is a special charism of our community,” Bates said.

Ensuring the legacy of the schools was vital to the task force, and several principals from the group served on task force committees.

For Lois Goudeau, principal of St. Mary of the Purification Catholic School on the edge of the Texas Medical Center, the importance of representing the interests of the families of the campuses and her colleagues was a task she took to heart.

“I am grateful to be a part of a group of professionals committed to our schools and our students,” she said. “That’s what makes us successful, our commitment.”

Martinez said it was clear that this is the beginning of a new chapter for all eight schools.

“I’m just so excited about the CROSS Academies, you know, I think it’s been a long time coming,” he said. “There are so many incredible things happening in the eight schools.”

Martinez, a long-time supporter of the schools and the neighborhoods they serve, believes that the CROSS Academies have a great deal to offer prospective families. Some are now STREAM, others now offer one-to-one devices for students, and others added extracurriculars they didn’t offer before. Our Lady of Fatima Catholic School is now a bilingual school.

“I think parents are going to see a renaissance happening in these schools — it’s already underway,” he said.

Alluding to the months-long re-branding process, Martinez and the members of the task force diligently advocated for all stakeholders, including currently enrolled families, to have a voice in the mix.

“I believe that it’s important to note that the process included the task force, the school staff and administrators, Daniel Cardinal DiNardo, the pastors of the schools, and the families of these campuses who cast their votes to make this such a successful process,” he said. “Now, I think the CROSS Academies will be able to utilize this new name to really build themselves into even greater gems than they already are.”

The possibilities for growth that the next chapter brings are not lost on Irazema Ortiz, principal of Our Lady of Guadalupe Catholic School. She and her colleagues are ready to move decidedly toward a bright future for their CROSS Academy campuses.