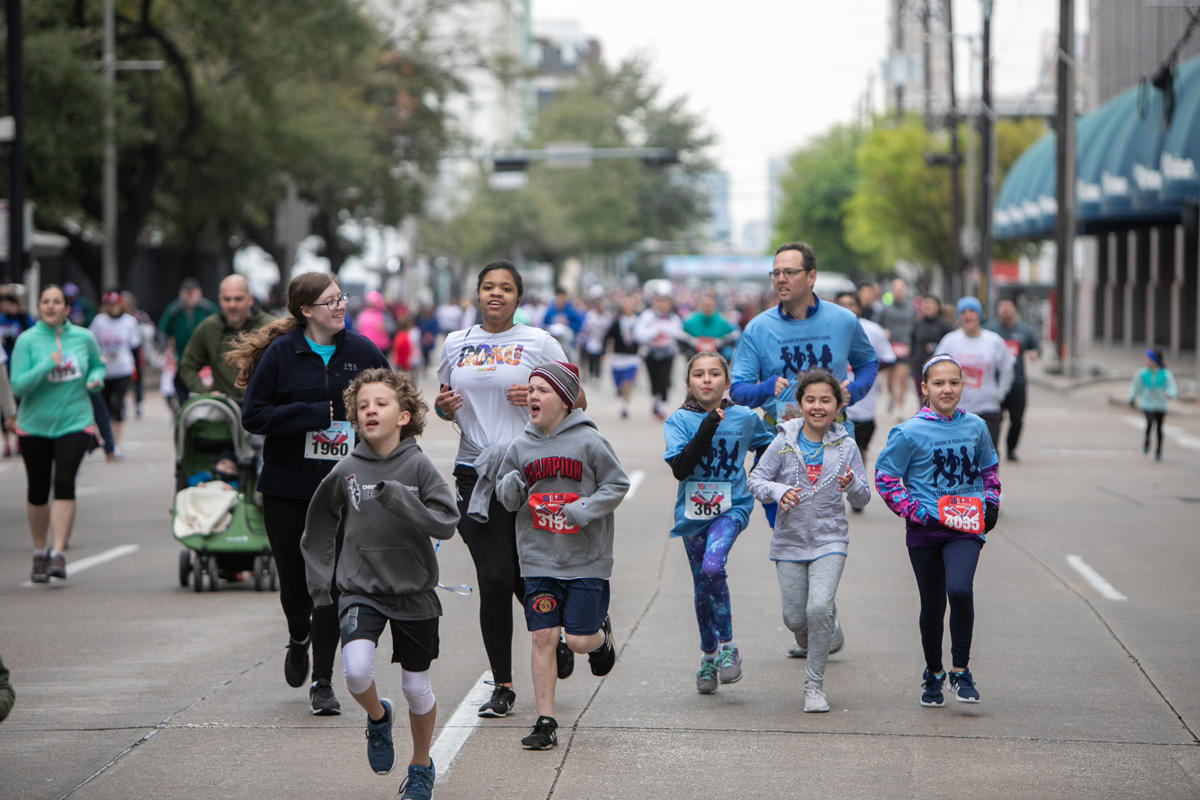 Though the 2021 Steps for Students 5K fundraiser won't be taking place downtown, Catholic schools supporters have the chance to participate from home. (Photo by James Ramos/Herald).

HOUSTON — Catholic schools are among those impacted by the pandemic this year, so they are reaching out to alumni and supporters to help with the virtual Steps for Students 5K fundraiser set to begin Feb. 20, 2021.

The annual fundraiser, which traditionally draws thousands of participants to downtown Houston and raises almost $1 million each year, will go virtual to keep Catholic school students and staff safe.

Catholic Schools Office Assistant Superintendent Cathy Stephen said, “The Steps for Students 5K provides major support for tuition assistance for many schools. That support means so much for families who may have suffered job loss or reduction of pay this year and want their children to be able to remain in a consistent, Catholic learning environment.”

She added, “Steps for Students also supports improving and expanding educational technology which is now the way many students — if not able to attend class — stay connected to their learning environments. Thanks to the funds raised by each campus for their own needs, our teachers are able to offer both in-person and online learning .”

As part of the network of 16,000 Catholic school students locally, each separate school community can still virtually be part of the larger celebration to gather safely outdoors while raising money together, Stephen said. Each Catholic school will receive a “race in a box” with spirit items such as banners to hold its own 5K while keeping socially distant.

St. Theresa Catholic School at Memorial Park in Houston is among schools swinging away with several events. The church held its annual mascot “Viking Cup” golf tournament for sponsors on Dec. 4 and is also encouraging students to run the Steps for Students 5K this coming February as part of its athletic program, said the church and school’s Development Director Cynthia Garza.

Garza said, “We don’t have options that public schools do with public funding. We have to depend on private funding. Support is not only about participating in the event; it’s about our mission.”

“Many of our family-owned businesses who have sponsored us before have been really hurt,” Garza said. “But there are others who are alumni still helping. More than ever, we need to come together as a community and build closer relationships.”

One of those businesses that keeps on supporting despite the crisis is Lodge Lumber Co. While President and CEO John Lodge said his business has been hit as most have, he believes it remains important to give to the church and school.

“I attended first grade through sixth grade at St. Theresa school, and I’ve been baptized at the church as well as all my kids. The good Lord taught me that it’s the right thing to give back,” Lodge said.

“They have done such a good job with renovations with funds we raised. Father Lloyd has done a fabulous job,” he said.

St. Theresa Pastor Father Phillip Lloyd, in his recent stewardship letter, stated, “If there is one thing that this pandemic has taught us, it is that our unwavering faith will lead us to new ways to love and care for one another.”

Garza agreed, “It’s even more crucial this year. Steps for Students is our main family event that involves the students, their parents and families, and peers, so we don’t want to lose that. Since many sports have been canceled, our coaches are working with students to exercise and stay healthy, so preparing for the 5K is part of that.”

Another St. Theresa parishioner, Rose Lopez, whose family owns Nick Lopez Tailoring, said she feels compelled to continue helping the church and school even though her daughters have long graduated.

“I graduated from Incarnate Word Academy, and all my daughters attended Catholic school, and now my grandchildren are also attending Catholic schools. The excellent academics and the moral teachings are so important to continue,” Lopez said.

For the logistics of Steps for Students, registrants will be asked to download an app called RaceJoy, an interactive race experience, said Steps race timer Richard Littrell.
“Runners and spectators can download the app, fill out a profile for registration and hit start whenever they’re ready to run,” Littrell said.

The app automatically times and stops when the 5K mark is reached, he said.

Registration is open, and the price is $20 per person. To register and donate, visit www.steps4students.org.