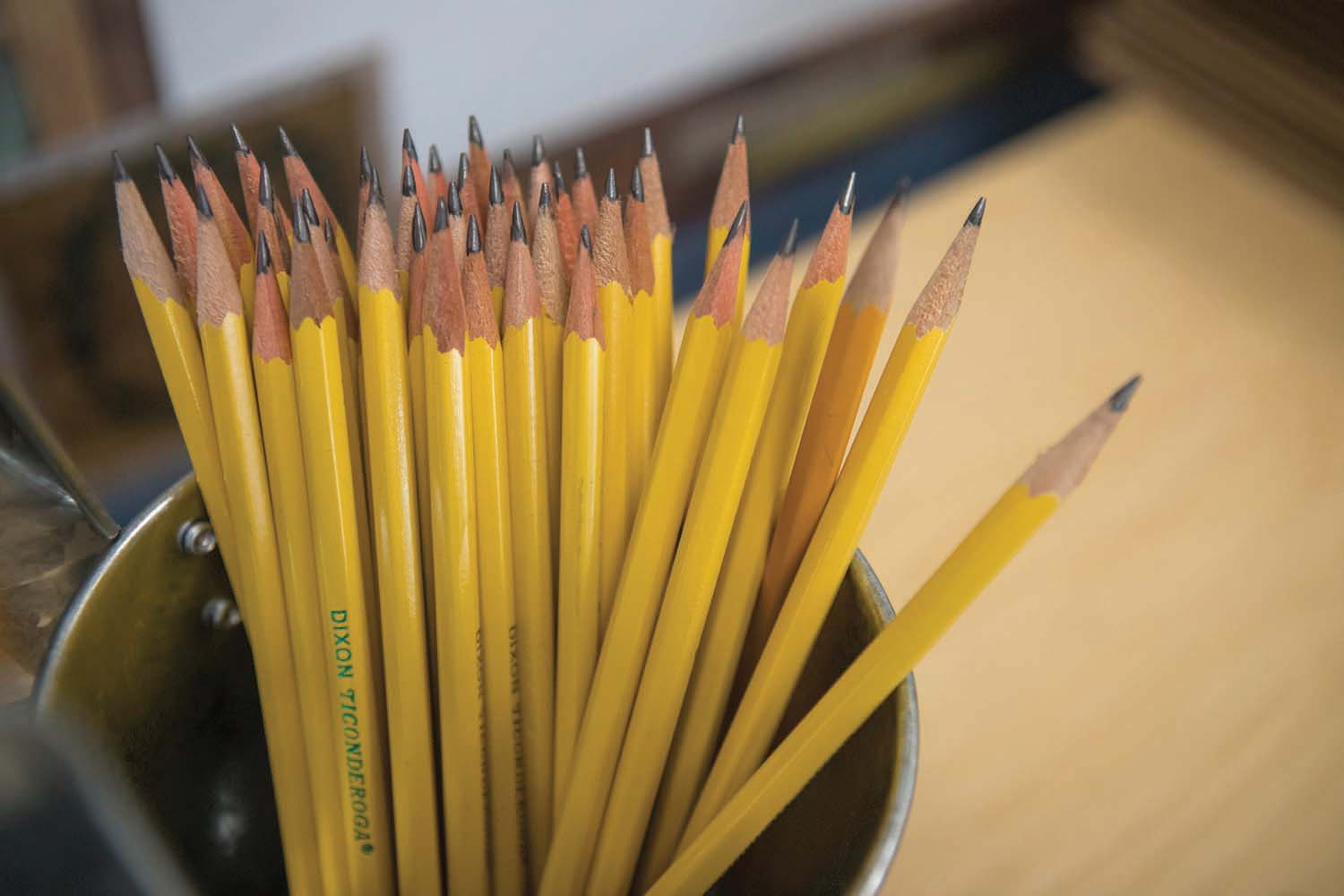 Sharpened pencils wait for incoming students in the new 2019 - 2020 school year. At least an estimated 18,500 students will attend one of the 60 Catholic primary and high schools in the Archdiocese. (James Ramos/Texas Catholic Herald)

Several high schools in the Archdiocese of Galveston-Houston are preparing to welcome incoming freshmen and give their seniors a worthy sendoff into adulthood.

This year, 11 high schools will have graduating seniors as St. Catherine Montessori School prepares to graduate their first senior students.

Brian Tucker, adolescent community and high school administrator at St. Catherine, said the school has been incorporating additional AP classes that encompass the Montessori philosophy as their students pass to the next grade.

The school is already making plans for their first graduation and commencement Mass, which will feature addresses by graduating seniors.

Annie Chambliss, director of communications and marketing at Duchesne Academy of the Sacred Heart, said the school will launch the Institute for Global and Social Awareness, which will coordinate programming for students to participate in service and travel experiences. Highlights of the program include exchange programs with 150 Sacred Heart schools across 41 countries; all grade levels participating in social awareness service Projects; and domestic and international travel opportunities.

On Aug. 14, the school will also be breaking ground on a new turf field and sports complex.

“This will be home to all Duchesne field sports including soccer and field hockey,” Chambliss said. “It will also serve as a facility to be used in PE classes for all students and for training for student-athletes.”

“I will continue to advance the school’s academic achievements, increase building space to meet our growing enrollment,” Beck said.

During the upcoming school year, Cristo Rey’s 536 students will be able to tap into their school spirit as they cheer on the school’s football team, in its second year, while seniors selected for the Robotics elective class will have an opportunity to build multitasking robots and compete against some of the strongest programs in Houston.

For Strake Jesuit College Preparatory, last school year was a stellar year for both enrollment and achievements and the school plans to continue that trend.

Ken Lojo, principal at Strake, said he is “looking forward to having our students back with us on campus after the summer break so we can continue guiding them in their Catholic formation as ‘Men for Others.’”

Patti Abbott, principal at O’Connell College Preparatory School in Galveston, said one of the new programs for the high school this year is the Vex Robotics Club.

“VEX Competitions bring STEM skills to life by tasking teams of students with designing and building a robot to play against other teams in a game-based engineering challenge.” she said.

Incarnate Word Academy (IWA) plans to continue to grow its Young Leaders Program by being one of the first high schools in the nation offering leadership coaching to its students starting in the fall of 2019. With the program, students will have the opportunity to meet with a faculty coach during their high school years.

Sister Lauren Beck, CCVI, president of IWA, said, “Our faculty coaches will help them achieve precisely what colleges are asking for — integrated experiences that make the most of students’ passions and talents, which ultimately result in deeper understanding and impact.”

Boling continues to break records, win awards
HOUSTON — Strake Jesuit College Preparatory 2019 graduate Matthew Boling, who is headed to the University of Georgia, anchored the U.S. 4x100-meter relay team that set an unofficial world junior record of 38.62 seconds in the Pan American U20 Championships in San Jose, Costa Rica. He and his team USA teammates broke the previous record of 38.66 seconds set by the USA team at the 2004 IAAF World Junior Championships.

Over the summer, Boling was nominated for an ESPY for ‘Best Record-Breaking Performance’ for his sub-10 second 100-meter run in April. The award show, produced by ESPN, honors the best in sports. He also was named the Gatorade National Boys Track and Field Athlete of the Year in 2018-19.