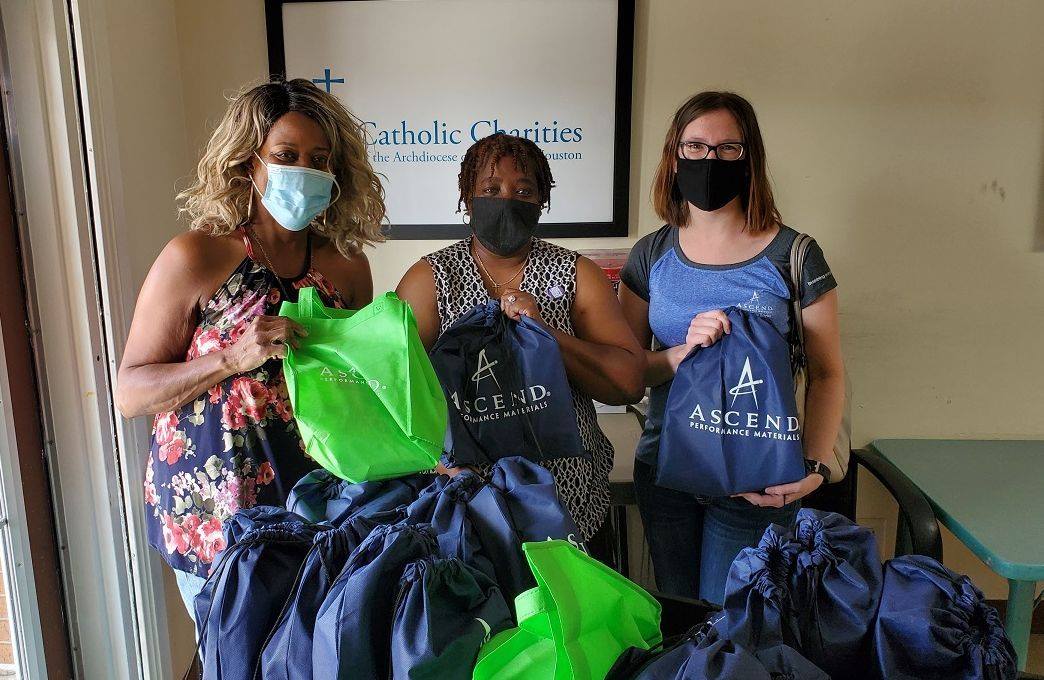 When COVID-19 hit, her hours were cut at the assisted living facility where she is a caregiver, threatening her ability to cover rent for the new apartment she had recently moved into with her 16-year old son. All household expenses were now a burden, including the grocery bill for her teenager.

Doug Tillis was also worried about how he would provide for his two daughters. He was hired for a new job in January at a manufacturing plant, but the pandemic brought layoffs, and Tillis’s position evaporated. He tried to file for unemployment while looking for new work, but he could never get through to the Texas Workforce Commission, which was bombarded by calls from thousands of other people who lost jobs to the pandemic. Not long after, his lights and water were turned off.

Well-versed in leading disaster recovery efforts, Catholic Charities leaped into action, in turn providing employment for the dozens of team members needed to interact as quickly and compassionately as possible with scores of applicants. Each team member received training in Catholic social teaching to ensure their adherence to Catholic Charities’ values in treating every applicant with respect and dignity.

The need in the community is breathtaking in its scope. During a public application period, 76,000 applications were submitted, added to more than 400,000 existing applications already on hand from an earlier Harris County COVID-19 relief effort.

“Everyone’s been impacted by COVID-19 in one way or another — it’s the great equalizer,” said Cynthia Colbert, president and CEO of Catholic Charities. “Our mission is to serve the community in good times and bad alike, and this program is another way that we can serve as the hands and feet of Christ.”

Several months later, as COVID-19 continues to devastate those most vulnerable, Harris County allocated an additional $20 million in CARES funding, making it a $60-million program to help a total of 50,000 families. The Catholic Charities team disburses up to a million dollars each day from the fund, which means 833 new people each day, like Martin and Tillis, are receiving money that could make the difference between covering their family’s rent and losing their home. All funds will be disbursed by the end of December.

Catholic Charities continues to help people in need through its existing programs. Since March, the agency has provided more than 3.3 million pounds of food and more than $1.8 million in emergency financial assistance.

Programs have adapted to the challenges of serving during the pandemic. The Blessed Beginnings program reaches pregnant and new mothers through online classes and support groups. The St. Frances Cabrini Center uses video technology for outreach and education, in addition to setting up partitions for in-person counsel with immigrants and victims of human trafficking.

The 27th annual Share Your Blessings Christmas gift campaign will use drive-through distribution to provide Christmas toys to children whose stockings would otherwise go empty. The list of recipients filled up weeks before Thanksgiving, but help is always welcome. Parishes and families who wish to contribute to the effort can get information from catholiccharities.org/SYB. †